Xijian/Getty
It's chainsaw, or OK, Halloween, season in Texas.

The Taming at WaterTower Theater
This may not sound like a Halloween season show, but think about it. What's scarier than politics these days? The Taming tells the story of a psychotic American patriot/Miss America pageant contestant who kidnaps a Republican senator's campaign manager and a liberal activitist to bring about a ideological revolution. The Taming, by playwright Cheryl Denson, opens at 7:30 pm on Wednesday, Oct. 13, at the WaterTower Theater (15650 Addison Road) in Addison. This show will run once on Wednesdays, Thursdays, Fridays and Sundays and twice on Saturdays until Sunday, Oct. 24. Tickets are $42.
click to enlarge 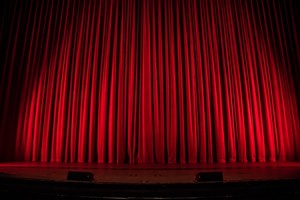 The curtain at the WaterTower Theatre rises again with its newest show The Taming opening on Wednesday, Oct. 13.
Rob Laughter/Unsplash

Kyle Kinane at Texas Theatre
If you've ever watched Comedy Central, you'll recognize the scratchy voice of Kyle Kinane. Now you can listen to the "Whiskey Icarus" himself as the comedian shares stories and observations fueled by his unique brand of liquid courage. Kinane will perform one night only at 8 p.m. (doors open at 7 p.m). on Thursday, Oct. 14, at the Texas Theatre (231 W. Jefferson Blvd.). Tickets are $25.

Zombie Safari at Cousins Paintball Park
Have you ever wanted to go on a zombie hunt without running the risk of becoming a zombie? Cousins Paintball in Forney has the solution. Their annual Zombie Safari hay ride will take guests deep into the remains of a zombie-infested sector quarantined by the military so they can take out the undead horde with paintball guns. The Zombie Safari runs from from 7-10 p.m. every Friday and Saturday until Saturday, Oct. 30 at Cousins Paintball (8975 F.M. 740) in Forney. Tickets for hunters start at $24.95 and come with 100 paintball rounds. Tickets are $9.95 for riders who don't wish to participate in the hunt.
click to enlarge 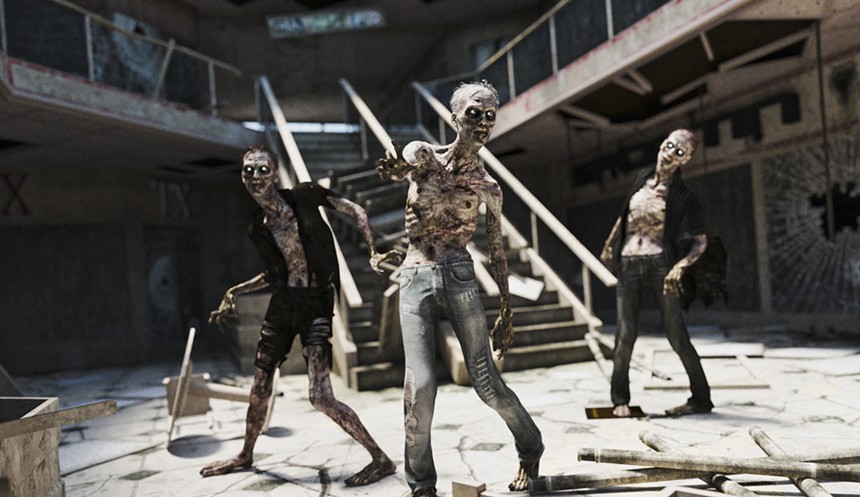 The Zombie Safari ar Cousins Paintball Park lets you hunt for zombies without running the risk of becoming one.
Donald Iain Smith/Getty

Jared Freid at Hyena's Comedy Nightclub Dallas
The host of the JTrain Podcast and Betches' U Up? will perform four shows this weekend at the Hyena's club located in the Mockingbird Station complex. Freid will perform at 7:30 and 9:30 p.m. on Friday Oct. 15, and 6 p.m. and 8:30 pm Saturday, Oct. 16, at Hyena's Comedy Nightclub Dallas (5321 E. Mockingbird Lane). Tickets are $15-$20 depending on showtimes and available seating. 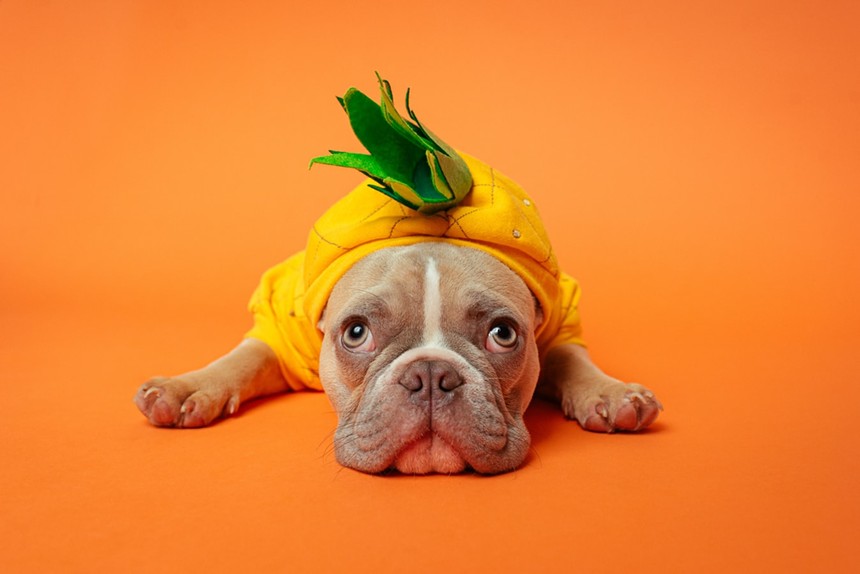 Dress up your dog in its cutest or creepiest costume and take Fido down to a special "Halloween pawty" at the Shops at Park Lane Dog Park.
Karsten Winegeart/Unslplash

Katt Williams: World War III Tour at the Texas Trust CU Theater
The acclaimed hip-hop comic who starred in stand-up specials such as Netflix's The Pimp Chronicles and his stand-up film American Hustle will perform live on stage in Grand Prairie. Williams' show starts at 8 p.m. (doors open at 7 p.m.) on Saturday, Oct. 16, at the Texas Trust CU Theater (1001 Performance Place). Tickets are $59-$250 depending on available seating.

The Improvised Horror Movie at Dallas Comedy Club
Every Halloween, we watch the same predictable horror movies. This time, you can watch one being made on the spot by comedy improv pros in The Improvised Horror Movie in Deep Ellum. The show starts at 9:30 p.m. on Saturday, Oct. 16, and runs on every Saturday until the end of the month on the main stage of the Dallas Comedy Club (3036 Elm St.). Tickets are $10.

The 2021 Cat Film Festival at the Angelika Film Center
Some of the cutest "wittle puddy tats" in the world make their big screen debut at the 2021 Cat Film Festival featuring cats and kittens in a variety of short-form film categories. The screening starts at 12 p.m. on Sunday, Oct. 17, at the Angelika Film Center (5321 E. Mockingbird Lane). Tickets are $13.


Beetlejuice and The Craft at the Alamo Drafthouse
These two Halloween classics deserve to be seen on the big screen. The Alamo Drafthouse chain will give you several chances to see both in a theater. Beetlejuice screenings will take place on Sunday, Oct. 17, at 4:15 p.m. at the Lake Highlands theater (6770 Abrams Road) and 7 p.m. at the Las Colinas theater (320 W. Las Colinas Blvd.). The Craft screenings are scheduled on Sunday, Oct. 17, at 4:10 p.m. at the Richardson theater (100 South Central Expressway) and 7 p.m. at the Cedars location (1005 Botham Jean Blvd.).

Trick or Treat at the Meadows Museum
The Meadows Museum on the Southern Methodist University campus is giving you a chance to start your trick-or-treating a little earlier if you can't wait for Oct. 31. This kid-friendly trick-or-treat experience will take families through its galleries to see some of the museum's most famous works of art come to life, and send groups on scavenger hunts throughout the museum for a special treat at the end. This ghoulish event runs from 3-5 p.m. on Sunday, Oct. 17, at the Meadows Museum (5900 Bishop Blvd.). Tickets are free with admission to the museum.

The Texas Chain Saw Massacre Screening at the Rooftop Cinema Club
You can't truly celebrate Halloween in the Lone Star State without at least one viewing of this gory horror classic. The Rooftop Cinema Club will screen The Texas Chain Saw Massacre at 10:15 pm on Monday, Oct. 18, at Heritage Village (1515 S. Harwood St.). Tickets start at $14.50.
click to enlarge