Danny Gallagher
The Grandscape Wheel is a new 200-foot tall Ferris wheel at the Grandscape complex in The Colony.
Next time you're driving east on the Sam Rayburn Tollway toward The Colony, you'll be able to spot the newest addition to the Grandscape shopping and entertainment complex.

The new Grandscape Wheel became the tallest structure and attraction in the north Collin County city following its official opening this Wednesday.

"This is an icon that says this is why you need to get at the next exit," says The Colony Mayor Joe McCourry.

The new Ferris wheel stands at 200 feet tall and holds 42 gondolas including a special VIP gondola with a glass bottom floor and leather seats. The Colony is now one of 13 cities in the Americas to have one of these types of observation wheels within its borders. 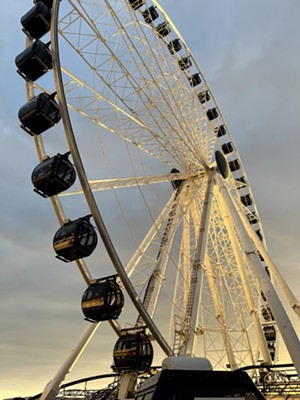 The new Ferris wheel in The Colony is just one of many attractions at the new Grandscape complex.
Danny Gallagher

The attraction is designed for individual groups to ride the wheel together, eight people to a gondola. Guests can ride it alone or with members of their own group and bring beverages on board as they go around the wheel. Each run can load four groups of people per stop and ride around three times before exiting. Each gondola also has air conditioning and a rider controlled lighting system.

Last June, the Grandscape opened the animatronic dinosaur walkthrough attraction Jurassic World: The Exhibition based on the dino models used in the Jurassic Park and Jurassic World films.

"This is just the start of what's going on here at Grandscape," Riggs says.
click to enlarge 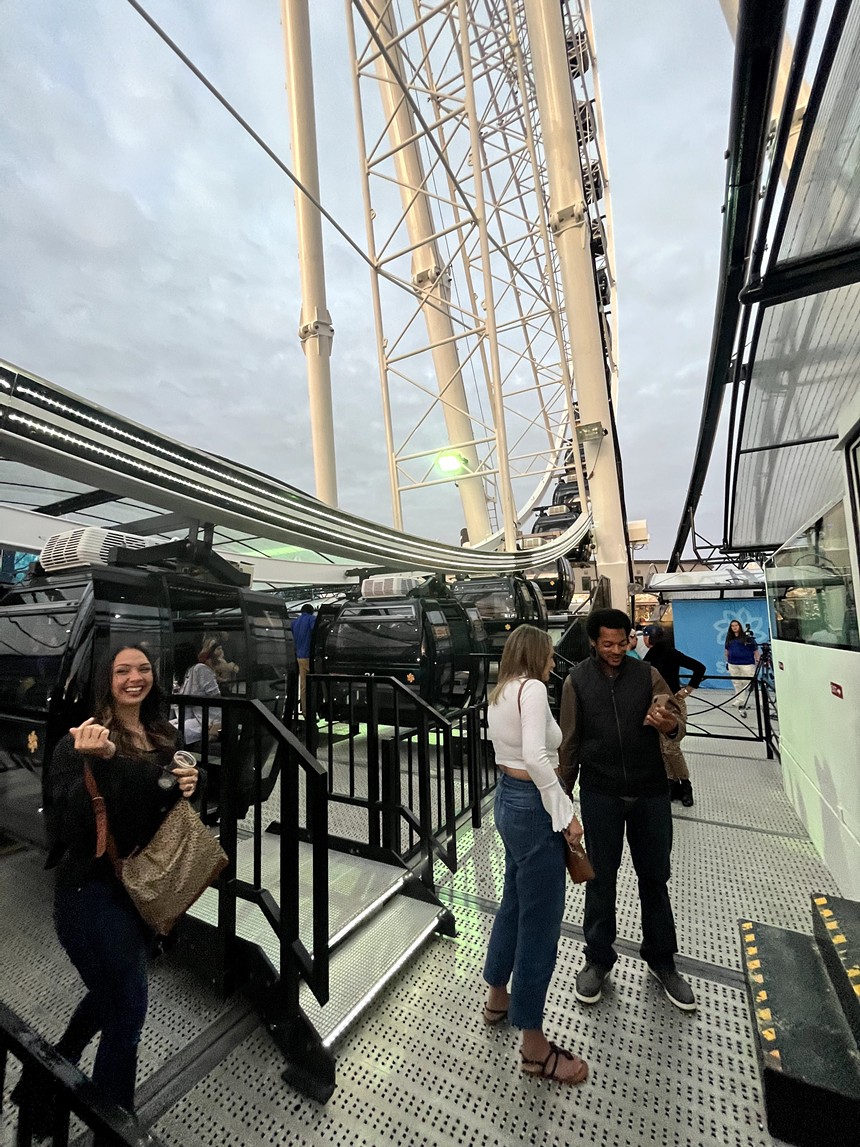 Guests exit following a twirl on the Grandscape Wheel at Grandscape in The Colony.
Danny Gallagher