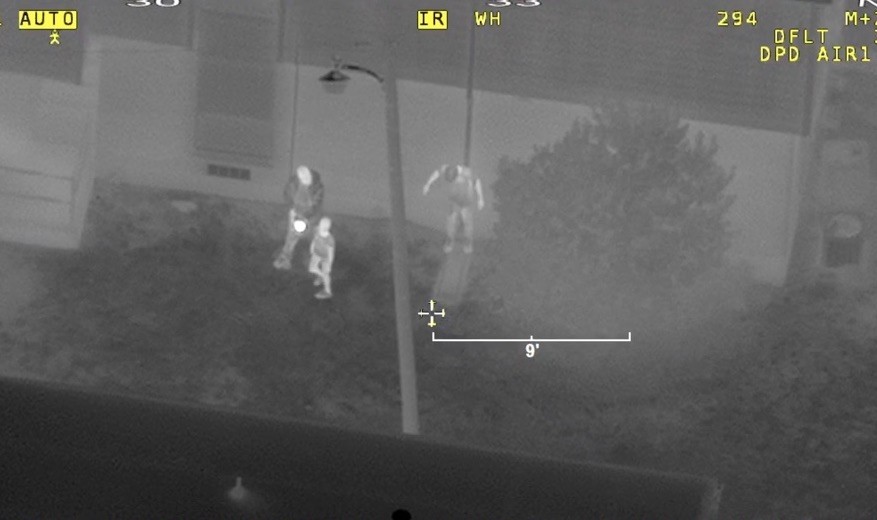 DDoSecrets
Amidst an FBI probe into its data protection practices, a trove of police helicopter footage leaks online.
In September, the Dallas Police Department announced an expansion of its aerial surveillance program before the city’s Public Safety Committee.

The police department soon after expanded its eyes in the sky, adding unmanned drones to its helicopter unit. Albert Martinez, the police chief's executive assistant, assured the committee that DPD’s aerial surveillance tools are never used to “generate probable cause,” or are never flown “directly above individuals.”

The presentation came just a month after news broke that DPD had lost more than 22 terabytes of data following a botched data migration. Three days after Martinez’s presentation, the FBI opened an investigation into DPD’s data storage and retention practices.

Now, the department is facing another data security crisis that raises questions about DPD’s expanding aerial surveillance programs. On Friday, 1.8 TB of aerial surveillance footage collected by DPD’s helicopters were leaked online. The footage was stored on an unsecured cloud server, according to the anonymous source who leaked the trove.

Footage from the leak shows cameras following individuals at extremely close range as they go about their daily lives. In one sequence, the camera zeroes in on two men fixing a flat tire on Interstate 30. The text of their bumper stickers is legible. In another, police focus on a man and a woman talking outside an AutoZone. The brand of sandal the man is wearing (Adidas slip-ons) is clearly visible in the footage.

Other sequences show police aiming military-grade thermal imaging at apartment complexes, private residences and groups of people in their backyards.

DPD watching a Dallas resident on their front porch, using thermal imaging and high definition cameras.
DDoSecrets
Privacy advocates say the leak raises questions about DPD’s surveillance practices and the privacy risks that come with collecting and storing such footage.

"I can’t speak to Dallas’ practices, but I can say we’ve seen too many examples of law enforcement across the country not adequately securing their information," DDoSecrets cofounder Emma Best told the Observer. (DDoSecrets is a nonprofit whistleblower site for news leaks.)

“The unspoken assumption has been that everywhere in public is fair game for police,” said Alan Butler, executive director of the D.C.-based privacy research group Electronic Privacy Information Center.

But the number of surveillance technologies available to police has far outpaced the laws regulating them, Butler said.

“People associate police helicopters with watching traffic, but what we see with the footage is that they do a lot more than that, and they use very advanced technology to do it.” – Emma Best, DDoSecrets

“We’ve been living under the legacy of the 1980s court cases. That’s a set of cases that basically says that when the police are in public airspace, they can be up there and take pictures of what’s below,” explained Butler.

“But these cameras now have thermal imaging. They can capture license plates, and tons of other identifying details and are often equipped with technologies that can identify and track cell phones and other devices,” he said.

A DPD spokesperson declined to comment, stating that the Observer’s request for an interview was "under review."

The software mapping out addresses, streets and building names in the footage is the same package used by the U.S. Army Special Forces. The company that built it, called Aero Computers, also has law enforcement clients in 31 other states. The Texas Department of Public Safety uses the package as well.

“People associate police helicopters with watching traffic, but what we see with the footage is that they do a lot more than that, and they use very advanced technology to do it,” said DDoSecrets' Best.

“This lets them watch people who have no idea they’re being watched, even in places they assume are private," Best said.