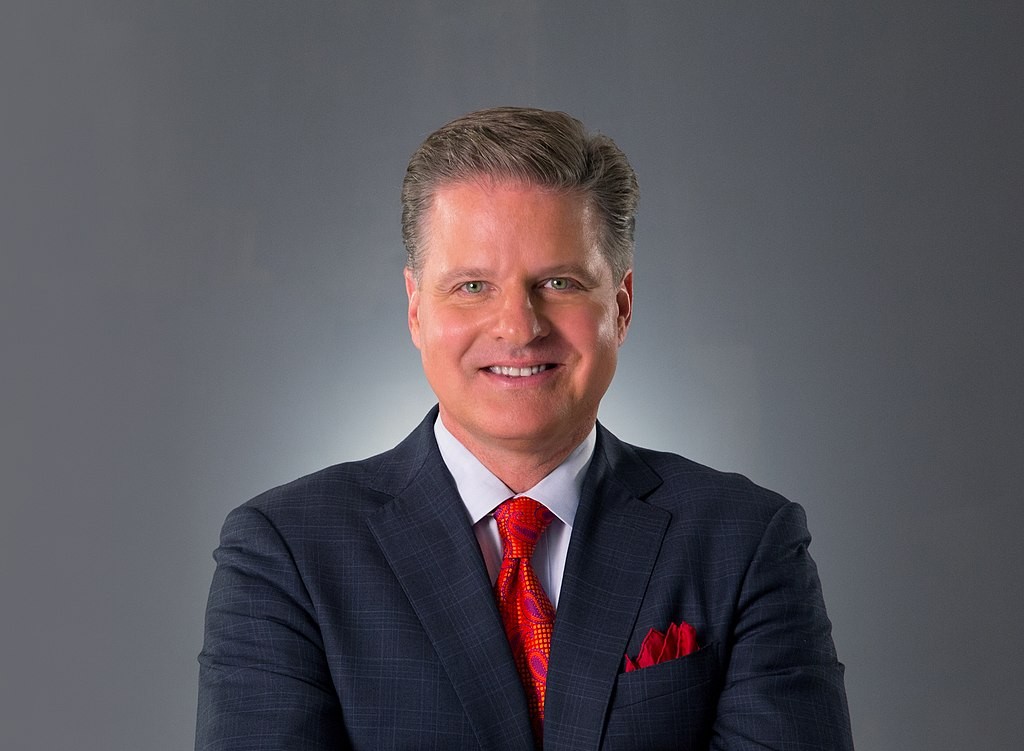 Wfaa, CC BY-SA 4.0, via Wikimedia Commons
Does Pete Delkus have the power to do more than merely predict the weather?
Your socks aren’t getting soaked, you don’t need an umbrella and you’re probably glad for the lack of rain, but here comes weather wizard Pete Delkus to tell you why you’re wrong. (He didn’t say you’re wrong, but we know Pete well enough to hear that tiny hint of judgment in his voice, even when he’s tweeting.)

On Thursday, WFAA’s Delkus took to Twitter to announce the bad news: We’re in a drought, a severe one, the first of its kind to hit North Texas since the summer of 2018.

“We now have widespread, severe drought across North Texas,” Delkus wrote. “This is the first time most of the metroplex has been in severe drought since summer 2018. If you take a look at the numbers, we're behind 5.69" of rain since last fall. #NOTmoist” (Us neither, Pete. Us neither.)

So, even as the winter cold sets in, we’re suffering from a bad case of “not moist,” Delkus says. But there might be some luck in our future: Saturday is meant to rain in the Dallas, and though it’s probably not enough to get us out of the drought, we’ll certainly be less not moist.


We now have widespread, severe drought across North Texas. This is the first time most of the metroplex has been in severe drought since the summer of 2018. If you take a look at the numbers, we're behind 5.69" of rain since last fall. #NOTmoist pic.twitter.com/mDVQaDUjgJ

Although you probably (or maybe didn’t?) notice, Texas endured quite a drought in 2021. Record heat waves lasted through the fall and into early winter.

In any case, next week will still have some cold weather, with lows on Sunday and Monday in the 30s but highs nearly (but not quite) hitting 60. (Just Thursday, the low sank down to 25 degrees, a pretty chilly experience, if you ask us.)

And before you even get your hopes up, the weather’s not nearly bad enough for U.S. Sen. Ted Cruz to pack up and ship off to the ritzy resorts of Mexico. (You'll have to wait 'til February and see how the grid holds up for a more conclusive answer on Cruz's travel plans.)

No matter how you slice it, the weather should probably be a concern. According to Texas A&M University, December was the hottest on record in Texas in the last 130 years. Last year's drought, as it turned out, was much worse than experts had expected.

So, Delkus has got a point. And for the record, at the Observer, we appreciate his dogged updates. (He's our favorite weatherman, for Pete's sake.)

And if you find it in your heart, Pete, bring the rain. Please, Pete.