Animal Abuse Cases Are Rising Amid the Pandemic, and Dogs Are Getting Shot All Across Dallas 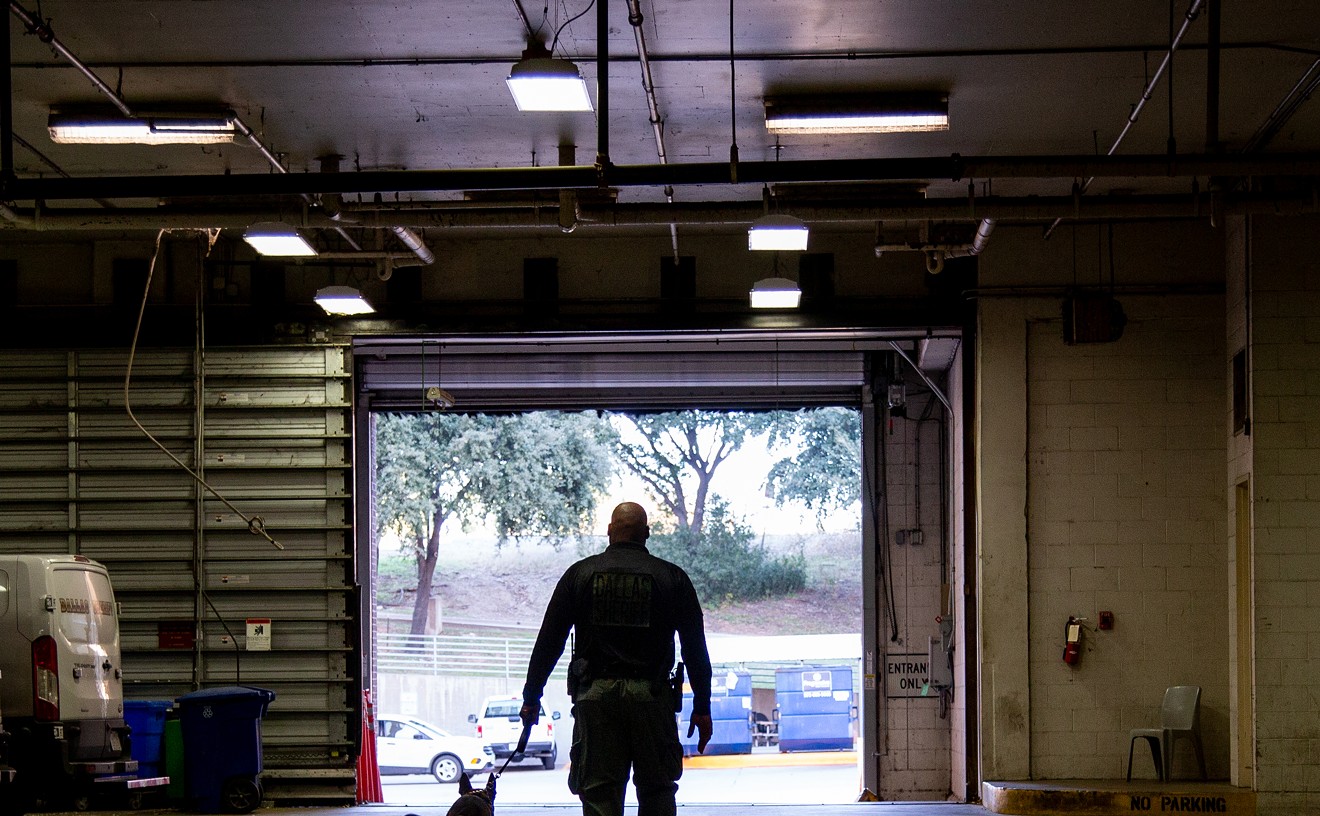 Meredith Lawrence
The year after the FBI began tracking animal cruelty cases, the agnency recorded 3,200 instances of alleged animal cruelty, one for every 33,000 people, according to American Veterinary Association.
People are shooting dogs in Dallas. Since last April last, there have been nine dog shootings, according to North Texas Crime Commission. Each of these cases are still considered unsolved. Most of the dogs died from their injuries and police are still looking for the people responsible. For all of the cases, the Dallas Police Department is offering up to $5,000 for information that may lead them to suspects.

Most recently, an 8-month-old male pit bull mix was shot on Dec. 18 in the 2800 block of Peary Avenue. “The dog received vet care and is expected to make a full recovery,” DPD said in a press release. Another pit bull that was shot in November wasn't so lucky.

During the pandemic, there’s been an increase in animal cruelty cases, according to investigators with the Society for the Prevention of Cruelty to Animals.

“Domestic abuse cases and animal cruelty cases are on the uptick since the pandemic. There are a lot of stressors for people – the fear of COVID, the fear of being cooped up inside,” Tom Adessa, an investigator with the Society for the Prevention of Cruelty to Animals, said in a press release. “For people already in an abusive situation, that anger and angst come out and it has manifested into abuse of the animals.”

In March last year, a large black Labrador mix was shot by a man four times. A few days later, DPD released a 35-second surveillance video that they said showed 35-year-old Cesar Enrique Hernandez approach the dog and shoot it before walking away. The dog belonged to a business owner in the area, according to The Dallas Morning News. Hernandez was arrested for animal cruelty.

The Humane Society says there’s a shocking number of animal cruelty cases every day in the U.S., but most aren’t even reported.

“Unlike violent crimes against people, cases of animal abuse are not compiled by state or federal agencies, making it difficult to calculate just how common they are,” according to the Humane Society. “However, we can use the information that is available to try to understand and prevent cases of abuse.”

Tracking these numbers got a little easier in 2016 when the FBI added animal cruelty to its National Incident-Based Reporting System.

Most animal cruelty cases involve dogs, cats, horses and livestock, according to the Humane Society, and there’s also organized animal cruelty that goes hand-in-hand with other crimes, like drug trafficking. For example, the U.S. Drug Enforcement Agency has prosecuted cases in which drug cartels were using cockfighting and dogfighting operations to sell narcotics.

Except for Iowa, every state in the U.S. imposes felony penalties for animal torture on the first offense.

The Dallas County District Attorney's Office has its own animal cruelty division. "There is extensive, well-documented research that confirms the strong correlation between violence to animals and violence to people, which is why it so important to have a unit that specializes in the prosecution of these offense," the DA's office says on its website.

In Dallas County, punishment for animal cruelty ranges between up to one year in jail with up to a $4,000 fine, and 10 years in the penitentiary with up to a $10,000 fine.