District Attorney Lucas Babin? Where Have We Heard That Name? Oh, Right! School of Rock! 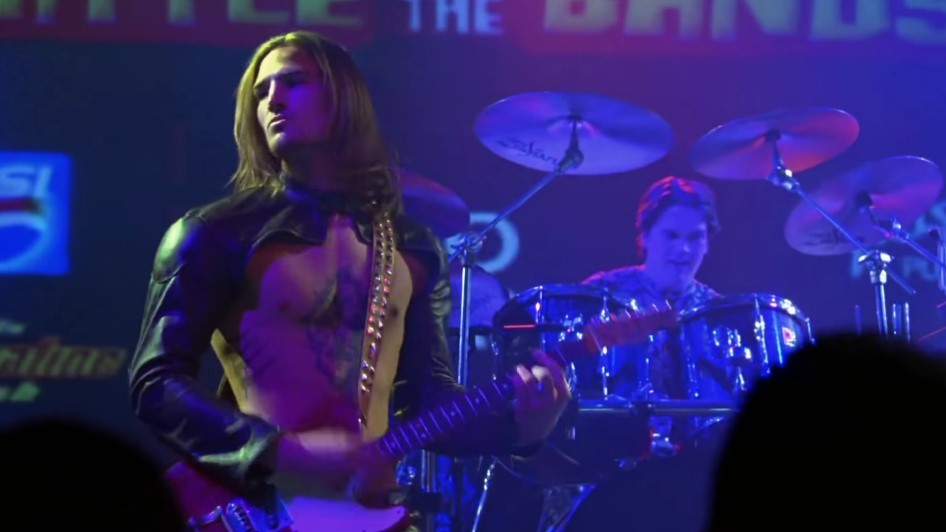 Screenshot from YouTube
Believe it or not, the guy in the ... "shirt" is Tyler County District Attorney Lucas Babin playing a guitar player named Spider in the band No Vacancy in the 2003 Richard Linklater film School of Rock.
Earlier this month, a lawsuit was filed in federal court against the Netflix movie Cuties. The latest filing issued by Netflix and its attorneys focused on the Tyler County district attorney, who sought criminal indictments against the people behind the film for producing "promotion of lewd visual material" involving children, according to court records.

The motion filed by the defendants sought a temporary restraining order and preliminary injunction against DA Lucas Babin for allegedly violating "the principles of due process and fairness" in his legal pursuits against Netflix and the makers of Cuties.

Lucas Babin. Huh. That name rang a bell, like a hazy memory clouded with alcohol and denial.

We really weren't prepped for what we found. Yes, Babin, the Tyler DA suing Cuties, is the same Lucas Babin who appeared as that uncomfortably sensual rocker in School of Rock. 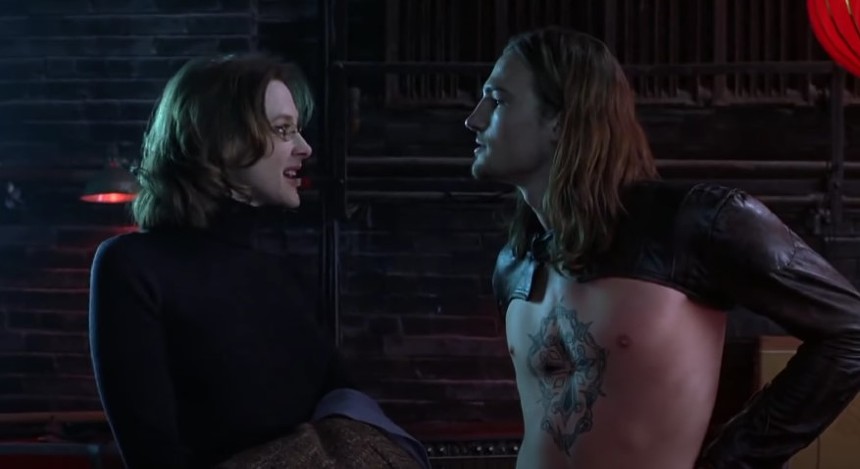 Lucas Babin, right, flirts with Joan Cusack in the 2003 film School of Rock.
screenshot from YouTube
Babin, the son of U.S. Rep. Bruce Babin (R), may be a district attorney now, but the law has not been the longest focus of his career. According to several sources, he started his career as an actor and a model and stayed in entertainment and fashion for a decade. Chances are you've probably seen him because he played a guy named Spider in the 2003 Richard Linklater comedy School of Rock starring Jack Black. You'll remember him as a member of the rock band No Vacancy competing with Black's group of kids performing at the battle of the bands show. Babin is the one playing guitar and wearing ...  we wanna say a shirt, but is it? Whatever Babin is wearing is basically a tube top from the bizarro world.

According to his Internet Movie Database page, Babin started acting in bit parts around the start of the new millennium on shows such as the MTV sex anthology Undressed and HBO's Sex in the City as "Model at the Party." He even played "Lover on the Beach" in a music video for a song from the thankfully short music career of Paris Hilton.

Apparently, Babin did pretty well with his modeling life. According to a Texas Monthly feature in 2000, he made "up to $7,000 a day" posing for fashion giants such as Gucci and Versace.

He later found his way to Brazil where he scored regular roles on soap operas such as the 2005 series América on which he played Nick in a string of 65 episodes. Unfortunately, we couldn't find any clips of him from the soap opera, and it's killing us because South American soap operas are insane. The storylines give zero fucks about what anyone thinks and they extend far over the edge of reality.

"The character I played was an American bull rider," Babin said in a video interview with Pastor Jordan Wilson of Church in the Country. "We went off on location. I don't know if y'all know this but Brazil is a big rodeo country. They got some serious riders down there. ... I was around all these guys with skull rings and their Wranglers and bulls and horses so it was a lot like Texas, actually."

Babin started a family and got his law degree from the University of Houston in 2014. Four years later, he ran for Tyler County DA and won the seat, replacing retiring DA Lou Ann Cloy, according to state bar and voting records. Sometime last year, a Twitter user with an eye for faces spotted Babin, who just filed the Netflix indictment over Cuties and recognized him as Spider from School of Rock.

Does that mean we'll one day be saying "the U.S. representative who played Spider from School of Rock?" Gulp.