Newly Renovated Sassetta to Reopen at The Joule Hotel

Sassetta originally opened in 2017 in the Design District but closed at the outset of the coronavirus pandemic and never reopened. In partnership with Headington Cos. and The Joule, Sassetta has moved to the ground floor of the hotel and will take over the spot held that was previously Americano. 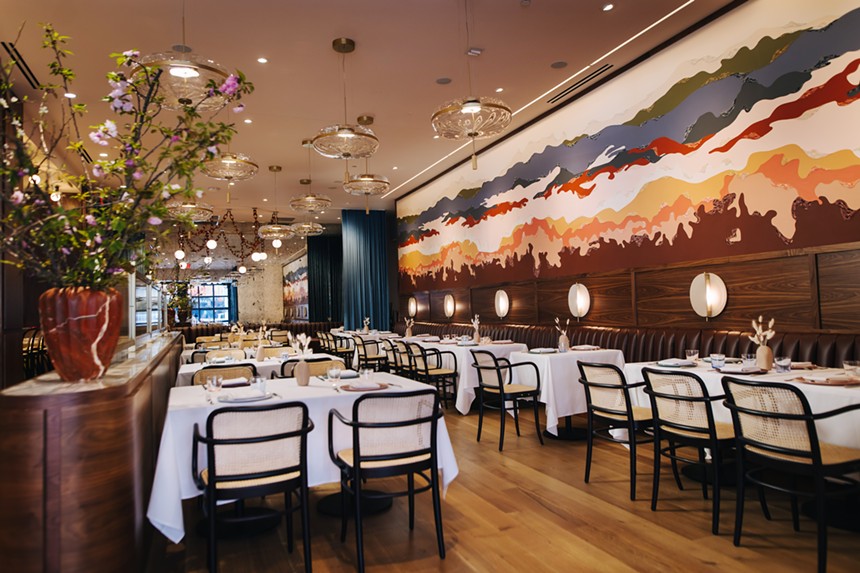 “We sought to emphasize the connection to Italy’s rich history through specific design elements, like the terrazzo bathroom flooring, vibrant colors, and curated collections of artwork and dining pieces by skilled artisans,” Liu explains in the press release. “The end result is something that feels familiar yet elevated in a subtle and sophisticated way.”

Chef Jason Zygmont has created the new menu offering handcrafted pasta, house-cured meats, seafood and thin-crust pizzas. Also on the menu will be creative interpretations of modern and regional Italian cuisine and even some homages to Americano. A collection of wines will complement the menu, along with Amari and simple, straightforward Italian cocktails.

Zygmont joined the Sassetta team in December and is hailed for his award-winning agnolotti dish. Zygmont moved from Nashville to Dallas and previously worked as a sous chef at Per Se in New York City and as chef de partie at Noma, a restaurant in Denmark that has received three Michelin stars. 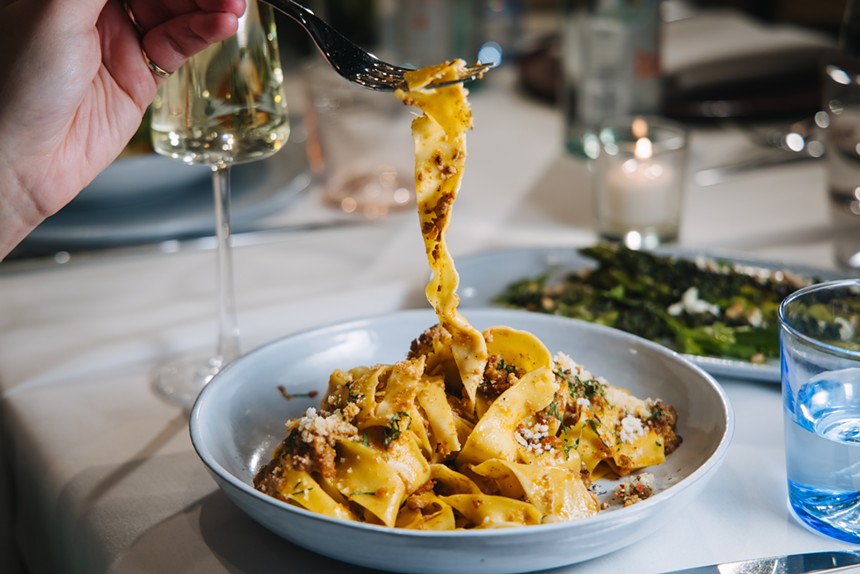 Tagliatelle bolognese
Thanin Viriyaki
“The culinary scene in Dallas is exploding, and I’m excited to be joining this thriving food culture,” Zygmont said. “It’s clear that Sassetta initially struck such a chord here because of the quality of food and the beautifully designed space — no doubt this iteration is going to impress in a similar, yet new way.”

Italian restaurants are having a moment in Dallas with the arrivals of La Stella, Fiatto and Carbone Dallas, which is opening where Sassetta formerly was. The reopening of Sassetta downtown, not far from Partenope, will add even more Italian food in the area for pasta and pizza lovers.

Sassetta opens on April 8 and will initially be open for dinner and private events only, with lunch to follow soon. Complimentary valet is available at The Joule for 90 minutes, it's $10 after.