Peticolas is having their Velvet Hammer 5K this weekend, On Rotation turns 7 and Loro is hosting Meanwhile Brewing out of Austin. And, hey, you should play bingo more often. It'll help you relax. Here are the best food finds for the next week.

On Thursday, Eataly is hosting a storewide tasting and sipping event to toast the arrival of spring. They’ll have 15 Italian wines that guests can pair with cheese, cured meats, seafood, pastas and sweets throughout the store. There are three different time slots to attend, and tickets cost $70 each.

Loro Asian Smokehouse and Bar is teaming up with Meanwhile Brewing Co., an Austin-based brewery, for a tap takeover. Guests can enjoy Meanwhile brews including Vampire Weekend and Royal Tannin. Loro will have food pairing suggestions. They open at 11 a.m. and the beer is on tap until they sell out.

This is the gem find of the week. Olivia Lopez and Jonathan Percival from Molino Oloyo, the heirloom tortilla and tamale company, will be teaching a tamale class at OHB for $40 per person. No worries, you can eat some tamales too and you’ll get a welcome beer from the brewery.

Did you know that running can make you hoppy? At Peticolas it can. Join them for a social run this Saturday morning at 8 a.m. Dig that hole, then fill it back up. The “group” will start at 8:30 a.m. but this is self-paced, and you can start whenever you show up. Check-in is between 8 and 9 a.m. No dogs, please. Registration is $30 and includes a Casa Masa breakfast, three beers and a commemorative glass.

This Saturday is this event's 30th anniversary. From their website, "Blessing of the Vines, a centuries-old European tradition performed by a priest to ensure a bountiful harvest, is a time-honored Grapevine favorite and, this year, will take place at 10 a.m.at the newly-opened Grapevine Main Plaza." Pre-sale tickets are $45, day of is $50, and includes the blessing, a souvenir wine glass, three 1-ounce tastings from each winery at the event and one food item from each tasting room. You'll also get access to art galleries, working artist studios and Grapevine's Public Art Trail.

On Rotation is celebrating seven big years of small-batch beers. This Saturday, at a no-ticket-needed event, they'll have 15 beers on tap, including two new releases and several recent collaborations with Cowton Brewing, Vector Brewing and Celestial. The party will take place on the lawn so there's plenty of room for games. 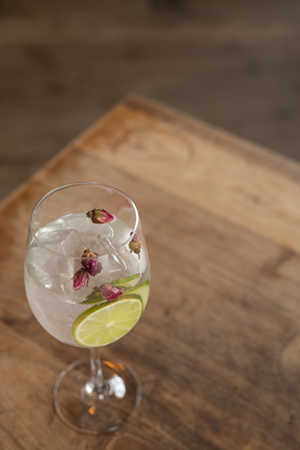 Yeah, so it’s a gin drink at a wine bar. We’re not so picky about our gin joints. Actually, gin is from Spain (don't look that up). The Barcelona Wine Bar in the Knox-Henderson neighborhood is celebrating National Gine and Tonic Day with four different varietals including fruit (made with grapefruit and elderflower), leaf (juniper, lemon and bay leaves), flower (rosebud, lime and cucumber), root (ginger beer, cardamom, ginger and lime) and a classic with grapefruit lime and jasmine.

Oak Cliff Brewing Co. is hosting lotería at their little brewery. Never played, no problem. Don't speak Spanish, no te preocupas, they hold the cards up as each is called out. You might actually learn some Spanish. It's free to play and they have plenty of beer (to buy). They have prizes and basically play until the run out of prizes.

Bingo! Say it with your chest out! 3 Nations Brewing has bingo every hump day. Go have a beer and keep it simple with dots on a board, just like you did at the VFW with grandma (but no giant ciggie treys on the table here). 3 Nations hosts bingo games every Wednesday. Bingo happens to pair excellently with their Mango Smash.