3D Realms' sequel to the 2D side-scrolling platformers Duke Nukem and Duke Nukem II, released by Apogee in 1996, was successful and had fans eagerly anticipating the next entry in the series, Duke Nukem Forever. Unfortunately for fans, and even more so for 3D Realms, "forever" pretty much describes how long the sequel took to build before it was finally commercially released by a different studio in 2011, 15 years after Duke Nukem 3D, which is equivalent to about 30 centuries in gamer time.

The few pieces of evidence about Duke Nukem Forever's original build were some screenshots, a hazy preview in a YouTube gaming series and trailers that promised release dates or a promise of release "when it's done."

Someone has gone to the trouble to correct that mistake. An unfinished, playable build of a 2001 version of Duke Nukem Forever was released on the online forum 4Chan last Sunday.

The post included a link to a demo video of the game featuring the infamous alien ass kicker fighting his way through a level that takes place in a Las Vegas strip club called (wait for it) The Slick Willy (now laugh).
The long and delayed release of the game drained 3D Realms' finances and tanked the studio in 2009. Then 3D Realms developer David Riegel founded Triptych Games and hired a skeleton crew to update and complete the game. North Texas-based Gearbox Studios picked up the rights to the Duke Nukem franchise, releasing a full game in 2011.

The similarities between the 2001 version from 3D Realms and the 2011 version released by Gearbox and Triptych are easy to see, even though the former is an incomplete game. Duke Nukem Forever is set a few years  after Duke's eradication of aliens on Earth, in which he ripped the head off one boss and shat down its neck and gave the aliens' queen a pipe bomb hysterectomy to "abort your whole friggin' species." (Duke Nukem 3D was described by some critics as raunchy and misogynistic but nevertheless went on to become a commercial success. Its sequel was described as vaporware, a much more damming critique among gamers, who don't mind a little smut.)

The majority of the game takes place in Las Vegas, where Duke is enjoying his status as a womanizing, living legend in his Lady Killer Casino when the aliens decide to make a repeat appearance. The 2011 version includes some of the game's familiar enemies such as alien assault troopers, Octabrains and Pigcops. The 2001 version's enemies are mostly alien symbiotes that infect the bodies of Earth Defense Force soldiers who attack Duke with poison tentacles that fly out of their nearest available orifices.

One of the main complaints about the 2011 version was that it allowed Duke to carry only two weapons at a time. The 2001 version lets Duke carry multiple weapons, from signature items from Duke Nukem 3D such as the shotgun, the chaingun cannon, pipe bombs and the Shrinker, which allows Duke to step on his shrunken enemies as easily as exterminating a cockroach. The sequel included some new weapons that didn't make it to the 2011 version, such as a patriot decorated M16, a hand-mounted chain saw that borrows yet another reference from the Bruce Campbell classic Evil Dead II and a lightning gun that houses a living Octabrain for ammo.

The 2011 version also had a fun driving level, a new addition to Duke's arsenal and gameplay, in which Duke drives a monster truck called The Mighty Foot, the name for his boot-kicking melee weapon. The leaked version puts players behind the handlebars of a manual transmission, Harley-Davidson-style motorcycle while he's being chased by missile wielding aliens. 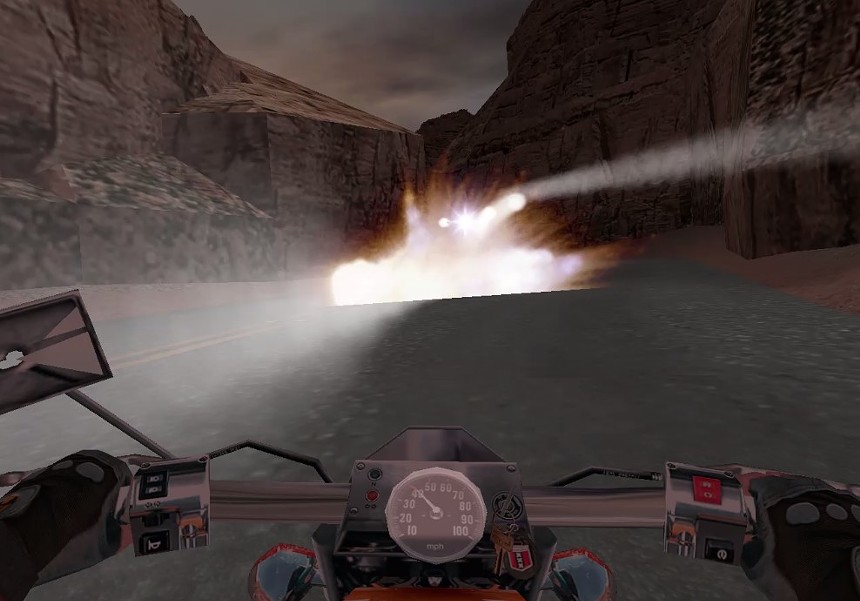 The leaked version of Duke Nukem Forever features a couple of levels in which Duke travels through the Nevada desert on a motorcycle as he dodges oncoming missiles.
Screenshot from Duke Nukem Forever (2001)
News of the leak sparked a whole new discussion about the original game's storied and doomed development timeline. George Broussard, a co-owner of Apogee and founder of 3D Realms, who was also one of the creators of the Duke Nukem franchise, commented on his Twitter page that "the leak looks real" but expressed zero interest in "retreading a painful past."

Apogee co-founder Scott Miller, who rebooted the studio as Apogee Entertainment last year, publish a post on his company's website following the leak called "The Truth About DNF." Miller described Duke Nukem Forever as "the game that destroyed 3D Realms" even while the company found solid success with other franchise-launching titles like Max Payne, released with Rockstar Games, and the horror FPS Prey.

Miller, who didn't work on the first incarnation of Duke Nukem Forever, noted he had some "good insight" to the game's creation process. He blamed its failure on understaffing, a poor "development roadmap" that was "ad libbed too much" and constant reboots to keep up with the changing technology at the time.

Broussard responded to Miller's critiques by calling him a "clueless narcissist whose actions are what led to the Gearbox suits/friction that led to us losing [3D Realms] and the Duke IP," referring to the six-year copyright lawsuit filed by Gearbox against the newly revived 3D Realms, which prevented the release of a fifth Duke Nukem game.

"Mind blowing the nonsense he spews," Broussard writes. "Not surprisingly due to his depth of manipulation and narcissism. Least I've had the class to keep thoughts private." 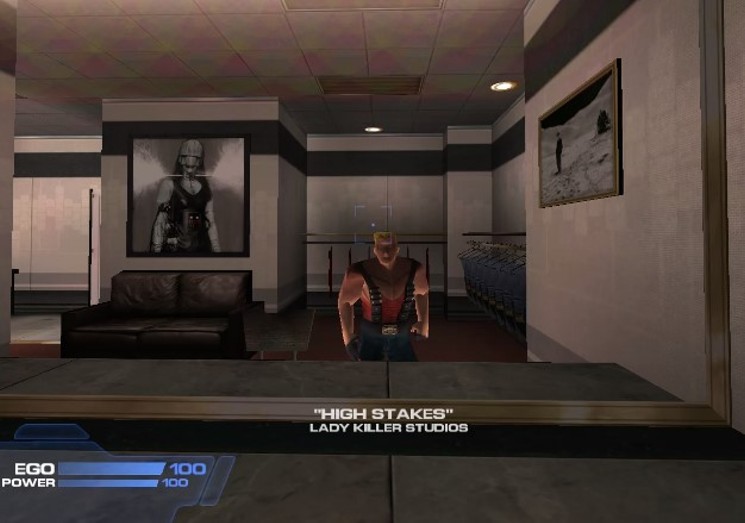