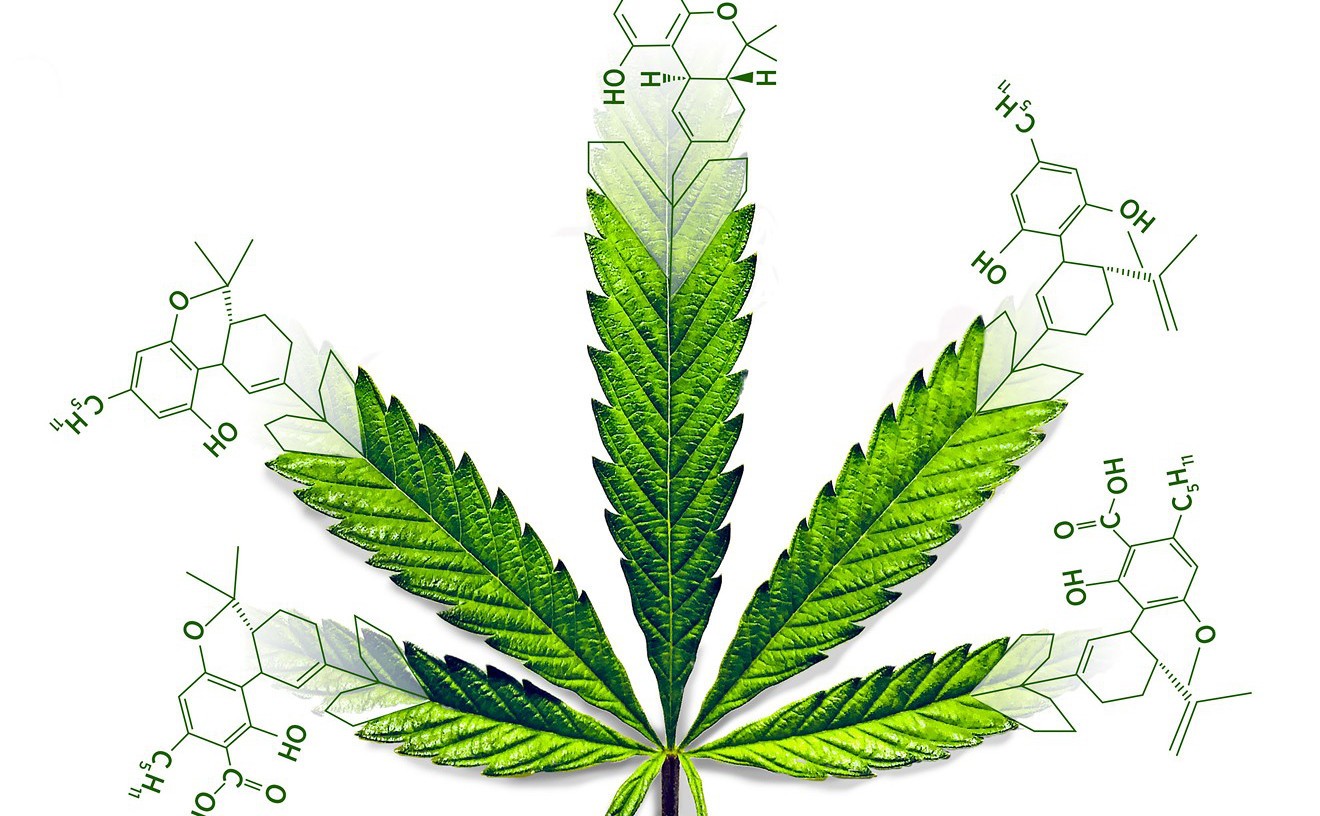 Photo-illustration by Sarah Schumacher
According to the FDA, adverse effects of delta-8 can include hallucinations, vomiting, tremor, anxiety, dizziness, confusion and loss of consciousness.
In September, the Food and Drug Administration and the Centers for Disease Control and Prevention put out warnings about “adverse effects” and improper marketing of delta-8 THC products. Now, as Texas companies continue fighting to keep the substance on store shelves, the FDA is sending out more warnings, this time to several delta-8 businesses regarding medical claims in their marketing.

“This action is the first time the FDA has issued warning letters for products containing delta-8 THC,” the agency said in a press release earlier this month.

Delta-9 THC is the main psychoactive component in cannabis. Delta-8 is regarded as delta-9's less potent, ambiguously legal cousin – ambiguous because federal hemp laws and many state hemp laws seemed to only apply restrictions to delta-9, though that's still an open question. Last year, the Texas Department of State Health Services claimed delta-8 was a controlled substance and using or selling it was illegal. Hemp companies challenged the state in an ongoing court case that has halted the enforcement of a delta-8 ban.

Plenty of consumers, including military veterans, have testified to what they have called therapeutic effects of CBD and delta-8.

When the state began cracking down on delta-8, Walden said the vending machine selling it at his VFW post was taken away. Without it, he said, his pain and anxiety got worse.

But in the FDA's press release this month, it reminds consumers that the agency has not authorized any drugs containing delta-8, and that the substance hasn't been approved for medicinal use. The FDA claims five companies — ATLRx Inc., BioMD Plus LLC, Delta 8 Hemp, Kingdom Harvest LLC and M Six Labs Inc. — violated its rules when they marketed delta-8 products as unapproved treatments for several medical conditions or therapeutic uses. Their products also lacked “adequate directions for use” and saw delta-8 added to various food products, which the FDA has some concerns about.

“It is extremely troubling that some of the food products are packaged and labeled in ways that may appeal to children." – Janet Woodcock, FDA

“These products often include claims that they treat or alleviate the side effects related to a wide variety of diseases or medical disorders, such as cancer, multiple sclerosis, chronic pain, nausea and anxiety,” FDA Principal Deputy Commissioner Janet Woodcock said in a statement. “It is extremely troubling that some of the food products are packaged and labeled in ways that may appeal to children. We will continue to safeguard Americans’ health and safety by monitoring the marketplace and taking action when companies illegally sell products that pose a risk to public health.”

The companies also allegedly marketed CBD products in ways that suggested the substance can treat medical conditions in people and animals, be used as a dietary supplement and added to human and animal food.

“CBD and delta-8 THC are unapproved food additives for use in any human or animal food product, as the FDA is not aware of any basis to conclude that the substances are generally recognized as safe or otherwise exempt from food additive requirements,” according to the agency.

Over the last few years, the FDA has sent other warning letters like these to companies selling CBD. including a Texas company named Wellness BioSciences Rx.

In their warning notices to consumers, the FDA and CDC said they'd seen increased reports of negative side effects to delta-8, which involved people under and over 18 years old, and trips to the hospital. The two health agencies also said they had concerns about the process used to manufacture delta-8 products.

Delta-8 THC doesn't occur naturally in the hemp plant in high enough quantities to be psychoactive. So, manufacturers have been converting hemp-derived CBD into delta-8 and other THC isomers by using what the FDA called "potentially harmful chemicals."

"The final delta-8 THC product may have potentially harmful byproducts (contaminants) due to the chemicals used in the process, and there is uncertainty with respect to other potential contaminants that may be present or produced depending on the composition of the starting raw material," according to the FDA.

Despite the two agencies' concerns, neither the CDC or FDA has called for a ban on delta-8 products.

Christopher Hudalla, president and chief scientific officer of ProVerde Laboratories, told the Observer last year that, while he's concerned about contaminants, delta-8 can be manufactured safely as long as companies are willing to pay to do it right. "It’s expensive, and that’s the problem,” he said.