The SBC is a collection of Christian churches and has the largest Protestant representation in the United States. For decades, victims of sexual abuse reported the problems to church leaders on the denomination's Executive Committee but were continually ignored or met with resistance, according to a new report.

However, last year at a convention in Nashville, the number of accusations led to a vote by the Messengers, who are specially selected representatives of up to 12 members per attending church, to create a task force to look into the allegations. They hired Guidepost Solutions, a third-party group, to conduct the investigation.

The investigative report was published on May 15 and made public on May 22. It includes Prestonwood Baptist Church in Plano and the Southwestern Baptist Theological Seminary in Fort Worth, among several others. 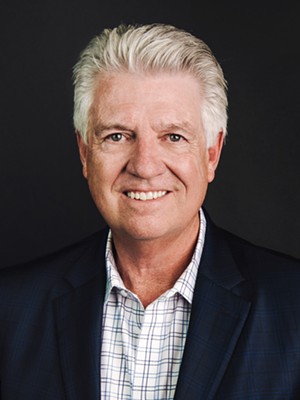 According to the report, abuse survivors and other concerned Southern Baptists had been contacting the SBC and their Executive Committee to report alleged child molesters and other abusers employed by the church or on the pulpit for over two decades.

“They made phone calls, mailed letters, sent emails, appeared at SBC and EC meetings, held rallies, and contacted the press … only to be met, time and time again, with resistance, stonewalling, and even outright hostility from some within the EC,” it reads.

The SBC leaders in the Executive Committee and their legal council controlled the response to the allegations and “were singularly focused on avoiding liability for the SBC,” according to the report.

Some of the accused abusers even continued to preach in their ministries, whose congregations were never notified of their history of abuse allegations.

The investigation looked at more than two decades of allegations from Jan. 1, 2000, through June 14, 2021, and conducted upward of 300 interviews, finding mishandling of allegations by the EC, a pattern of intimidation of victims and their advocates, resistance to reform initiatives and mistreatment of victims.

“Stories of abuse were minimized, and survivors were ignored or even vilified,” the report reads. “Rather than focusing on these accused ministers, some EC leaders turned against the very people trying to shine a light on sexual abuse. The survivors … were denigrated as ‘opportunistic,’ having a ‘hidden agenda of lawsuits,’ wanting to ‘burn things to the ground,’ and acting as a ‘professional victim.’”

One senior staff member, D. August “Augie” Boto, the EC general counsel and at one point interim president, said in an internal email that the sexual abuse was the work of the devil.

The report also alleges that Prestonwood's Jack Graham, who was a member of former President Donald Trump's Religious Advisory Council, "allowed an accused abuser of young boys to be dismissed quietly in 1989 without reporting the abuse to police."

Years later, in 2011, that same music director and alleged abuser, John Langworthy, was charged and pleaded guilty in Mississippi to abusing young boys.

In a statement provided to media outlets, Prestonwood denied the allegations and said the church had "never protected or supported abusers, in 1989 or since."

The report also said that Paige Patterson, who was once the president of Fort Worth's Southwestern Baptist Theological Seminary, told a student to refrain from reporting a rape in 2003. Patterson was fired in 2018.

In a statement to the Observer, Jon Wilke, the director of media relations for the SBC, said the convention's executive committee would like to address statements previously made by Boto in which he states that a “continued discourse between us [the Executive Committee and survivor advocates] will not be positive or fruitful.

“The SBC Executive Committee rejects this sentiment in its entirety and seeks to publicly repent for its failure to rectify this position and wholeheartedly listen to survivors,” Wilke continued. “Today, in the immediate aftermath of the report’s release, the SBC Executive Committee seeks to make clear that it views engaging with survivors as a critical step toward healing our Convention from the scourge of sexual abuse and working to avoid its continued impact on our loved ones, their families, and our network of churches.”

The SBC’s next scheduled annual meeting is set for June 14-15 in Anaheim, California. They have set aside one hour on the convention agenda to discuss the sexual abuse task force.