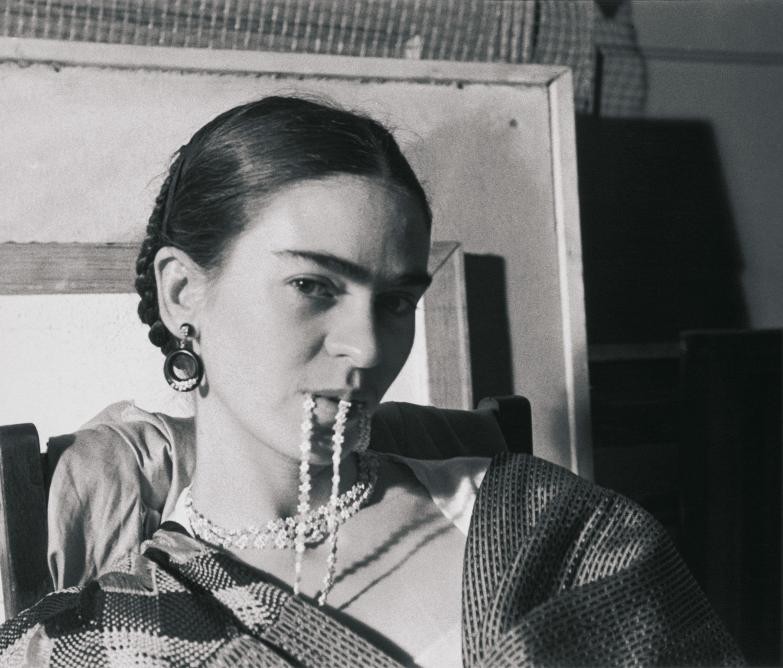 Iconic Mexican surrealist Frida Kahlo is on display at PDNB Gallery in an exhibition highlighting the playful and candid photographs of the artist taken by her close companion, Lucienne Bloch.

Bloch and Kahlo were introduced to each other by artist Diego Rivera, and the two developed a deep friendship. Bloch became a vital figure in Kahlo’s life, helping her overcome a series of setbacks that would later appear in the artist’s most iconic and personal paintings.

Also on display are vibrant color and black-and-white photographs of Kahlo by the master photographer and Kahlo’s longtime lover, Nickolas Muray. Throughout their decade-long on-again, off-again love affair, Muray would photograph Kahlo during his visits to Mexico and while she was in New York for solo exhibitions. The images included by Muray reveal the eccentric, colorful tour de force that the world knows as Frida Kahlo. 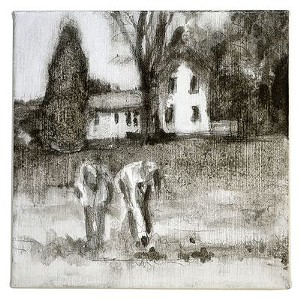 Every piece of art has a backstory, but the one for Lucy Kirkman Allen’s exhibit at Galleri Urbane is especially intriguing. She and her husband bought an 1800s farmhouse in rural Virginia from a man named James. Soon after they moved in, James showed the couple his most prized photograph. In it, three women stand in front of the farmhouse. Two are holding cats and the third is holding a handwritten placard, reading: “We are here in the past, come visit in your time machine.” James had an entire album of black-and-white photographs, mostly of women and young children, and agreed to loan it to Allen. When a Man’s House Is Finished is a collection of acrylic and oil painted replicas of photos from the album. 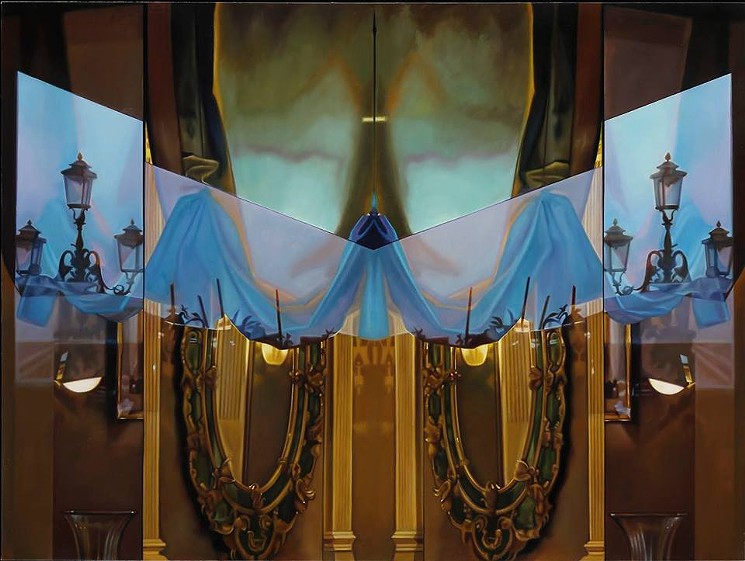 Patti Oleon’s paintings transcend reality. These haunting works are derived from the artist’s own photographs of public spaces: hotel lobbies, theaters and palaces. Oleon disassociates them from their original context, transporting them from their locales. She has a tendency to mirror multiple views of the same location, with a sharp sense of light and color. The result is tangibly and temporally obscured until you sit with it for a while. 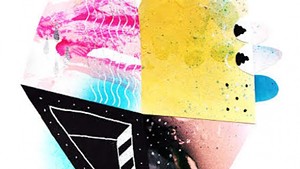 When Houston-based artist Blake Jones has an idea, he usually begins with a pen and paper sketch, which makes his vividly colored, robustly textured works all the more interesting. Funnier Than Me, his exhibit at Texas Theatre, features figurative cut-paper and paint shapes and scenarios reminiscent of his previous work. Abstract it is, but Jones leaves wiggle room for the viewer’s own interpretation and imagination. Jones invites you to take it in and craft your own stories, characters and shapes within each body of work. 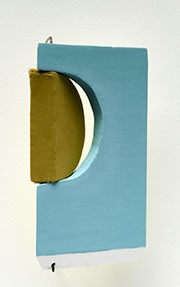 Dallas’ Lily Hanson and Austin’s Brad Tucker approach their work with similar levels of discernment and intuitiveness. Take a cursory glance and it looks like both artists invoke a playful effortlessness. Look long enough, though, and you might pick up on the subtle spiritual undertones simmering below the surface.

The duo uses shape, color and texture to flirt with the viewer’s senses and appeal to their comforts and sensibilities. Sometimes their works seem domestic, other times foreign. Tightly crafted, they’re presented with deliberate purpose: In times of tumult, these works serve as flirty mood stabilizers for the soul. The show will run through March 25. Admission is free.