Wonder Woman Emerges to Save the World But Risks Losing Herself 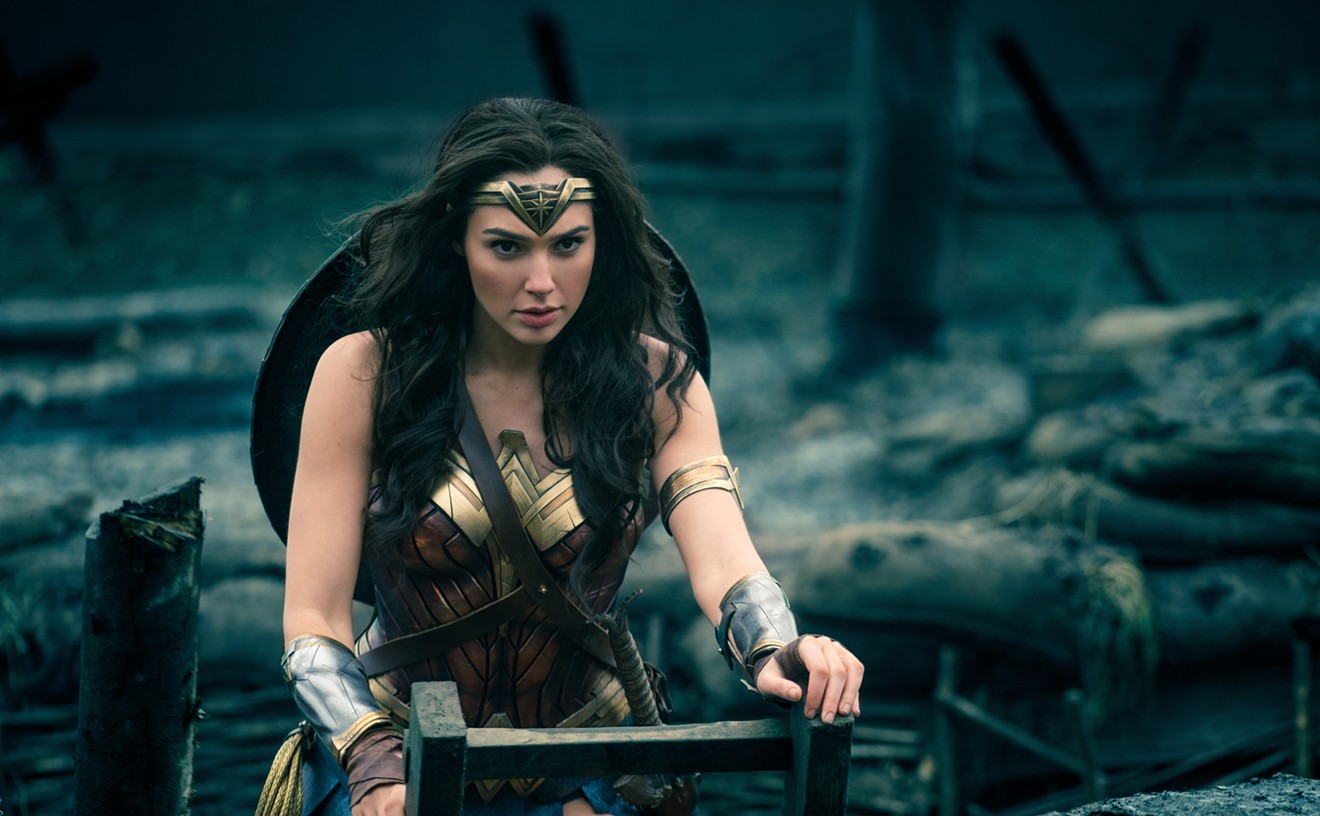 Forged from deeply feminist sympathies, the character debuted in All Star Comics, a predecessor of DC Comics, in 1941 (three years after Superman and two after Batman). She was the creation of William Moulton Marston, who, as Jill Lepore details in her spirited The Secret History of Wonder Woman (2014), proudly claimed that the Amazonian princess was meant to be “psychological propaganda for the new type of woman who … should rule the world.” After Marston’s death in 1947, the superhero was forced to retreat into domesticity; the comic now featured supplements called “Marriage à la Mode.” The editors of Ms. restored her sisterly derring-do in the early 1970s, putting her on the cover of the first issue of the magazine under the banner “WONDER WOMAN FOR PRESIDENT.” Her second-wave revival continued, however diluted, in the Lynda Carter–headlining TV series that ran from 1975 to ’79.

The icon has been greeted more warily in this century. Jenkins’ movie (her first since Monster, 2003’s ripe Aileen Wuornos biopic) arrives six months after the comic-book character was dropped as an ambassador for a U.N. campaign seeking to achieve gender equality. (That decision was a response to petitioners who objected to the superhero’s “impossible proportions” and scanty, jingoistic costuming.) It comes a year after Gadot’s Wonder Woman made a fleeting appearance in Zack Snyder’s Batman v Superman: Dawn of Justice, her intro mandated by the imperatives of franchise-building and the continuing sprawl of Warner Bros.' DC Extended Universe series. In Jenkins’ Wonder Woman, the battles that structure the movie aren’t those taking place onscreen but those behind it, a struggle more salient here than in any previous superhero movie: It’s the conflict between the demands of the marketplace (“I think what the studio realized was that they had an asset to exploit, to pull in a larger section of the populace that would ordinarily not be our demographic for that kind of film,” Charles Roven, one of Wonder Woman’s producers, told The New York Times earlier this month) and the aims of ideology (“Wonder Woman is so hard to put on film because the fight for women’s rights has gone so badly,” Lepore wrote in The New Yorker in 2014).

The fight is fixed, of course, but there are moments in Wonder Woman (the screenplay for which is credited to Allan Heinberg, who has written comics for both Marvel and DC) that even Shulamith Firestone might have approved. That’s especially true in the opening scenes, following a present-day prologue in which Diana Prince, Wonder Woman’s alter ego, opens a package (delivered by a Wayne Enterprises truck) in her office at the Louvre. Inside is a tintype photo from a century earlier of Wonder Woman and Steve Trevor (Chris Pine), an American soldier, standing on the Western Front. (Marston’s superhero premiered the same year that the United States entered World War II; Jenkins’ fights in World War I.)

That memento sends the narrative back further in time to young Diana’s upbringing in the all-female enclave Themyscira, aka Paradise Island, a piece of land that could form an archipelago with the Isle of Lesbos and Cherry Grove. Led by Queen Hippolyta (Connie Nielsen), Diana’s mother, and the regent’s sister, Antiope (Robin Wright), the Amazons in Jenkins’ movie are not only of different races but also observe various forms of gender expression, from stone butch to soft femme — a welcome, near-subversive display of body types and builds.

But when the separatist compound must accommodate an interloper — Steve, fished out of the sea by Diana after his plane goes down — any hopes that Wonder Woman will sustain its appealing misandry are soon dashed. “Be careful in the world of men, Diana. They do not deserve you,” Hippolyta warns her daughter, who insists on sailing off with the Yankee soldier and spy to fulfill her tribe’s noble duty of protecting the defenseless from German mustard gas and other horrors. (That line is one of several uttered on Themyscira that could have been the title of a tract published in Off Our Backs, their potency watered down by the fact that Nielsen, like many actors in Wonder Woman, both on and off the island, delivers them in an inscrutable accent.)

Ma’s prophecy is right. Gadot must spend the rest of the movie as a kind of idiot savant: Diana may be able to translate Sumerian (one of the “hundreds of languages” Amazons can speak) and, when suited up, deflect bullets with her magic bracelets, but she has never seen snow, ice cream or Edwardian-era attire before, all of which must be deciphered to her by Steve. In short, the world must be, yes, mansplained to the superhero by a character played by an actor who exudes all the charm of a hedge-fund analyst at last call. That tedious parsing includes Steve’s defining of “no man’s land” as he and Diana survey the trenches in Belgium. During this scene — as in many others, especially the finale, when the warrior princess formulates her bellicose-cuddly philosophy (“Only love can save the world”) — I wished only for Diana to return to the literal no man’s land where she was reared.