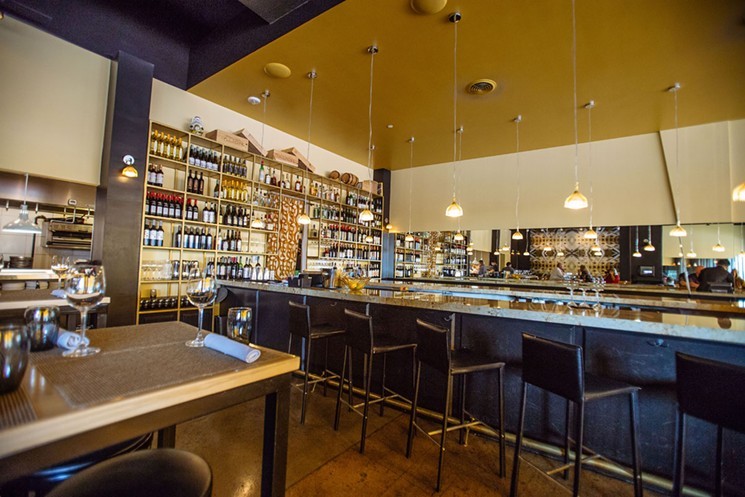 Flores was one of Trinity Groves' most high-profile chefs, and Casa Rubia was a shining star in the dining development since a time when offerings were slim and confidence in the West Dallas project was low. But Trinity Groves retains 50 percent ownership of every concept that opens in the development, and it's expensive to run a restaurant there. Those high costs, combined with razor-thin margins and waning sales during the slow summer months, led to Casa Rubia's demise this weekend.

"We slow down tremendously [during] summertime," Flores says. "Financially, I couldn't sustain another summer like last year. High rents and big management fee didn't help either."

Kitchen LTO, the Trinity Groves concept that shuttered last year, moved to Deep Ellum and eventually did so well under chef Josh Harmon that the limited-time-only concept was scrapped and it became Junction Craft + Kitchen, a restaurant that's done exceedingly well after getting out from under the thumb of Trinity Groves. Conversely, Trinity Groves chocolatier Kate Weiser Chocolate, which opened its first location at the West Dallas development, started expanding this year with new locations around DFW.

With the closure of Casa Rubia, Flores will be free to focus his attention on Whistle Britches, the fried chicken-centric eatery he opened in North Dallas last year.