Even though they made good money and filled a crucial niche, the 1990s' and early 2000s' romantic entertainments targeted to -- though not made exclusively for -- black audiences disappeared almost as mysteriously as they arrived. It's only now that we're getting a sequel to one of the most exuberant and astute black ensemble comedies, Malcolm D. Lee's 1999 The Best Man. The Best Man Holiday picks up 14 years after The Best Man left off, and an early montage gets newcomers quickly up to speed on the four male leads, as well as their significant others, exes, or would-be exes. Harper, the once-successful author played by Taye Diggs, has fallen on hard times: Writer's block has hit him hard. It doesn't help that he and his wife (Sanaa Lathan) are expecting their first child after a long fertility struggle. Plus, it's Christmas time, and they've been invited to spend a holiday weekend with his former best friend, upstanding pro football player Lance (Morris Chestnut), his sweet, self-sacrificing wife (Monica Calhoun), and their four -- count 'em! -- beautiful and well-behaved children. Diggs and Chestnut's characters have had something of a falling out, and their other pals, also invited for this weekend of revelry and revelations, have problems of their own. Lee throws in everything he can grab: Love, sex, money, jealousy, interracial romance, mortal illness, childbirth -- there's even a dance number. Lee can't quite juggle it all, and the picture drags a bit through its last third, but he coaxes us to step in and listen, and the very casualness of his invitation is the key to the joyousness of The Best Man Holiday, flaws be damned.
By Alan Scherstuhl

The next date The Best Man Holiday is playing is Friday, December 2 .

(The Best Man Holiday is not showing in any area theaters on Thursday, December 1.) 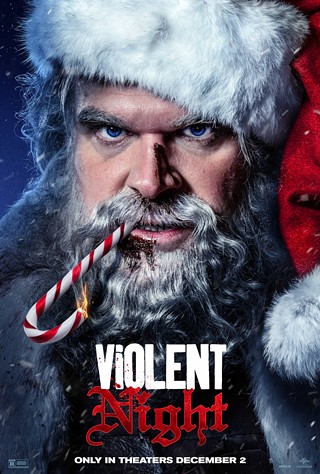