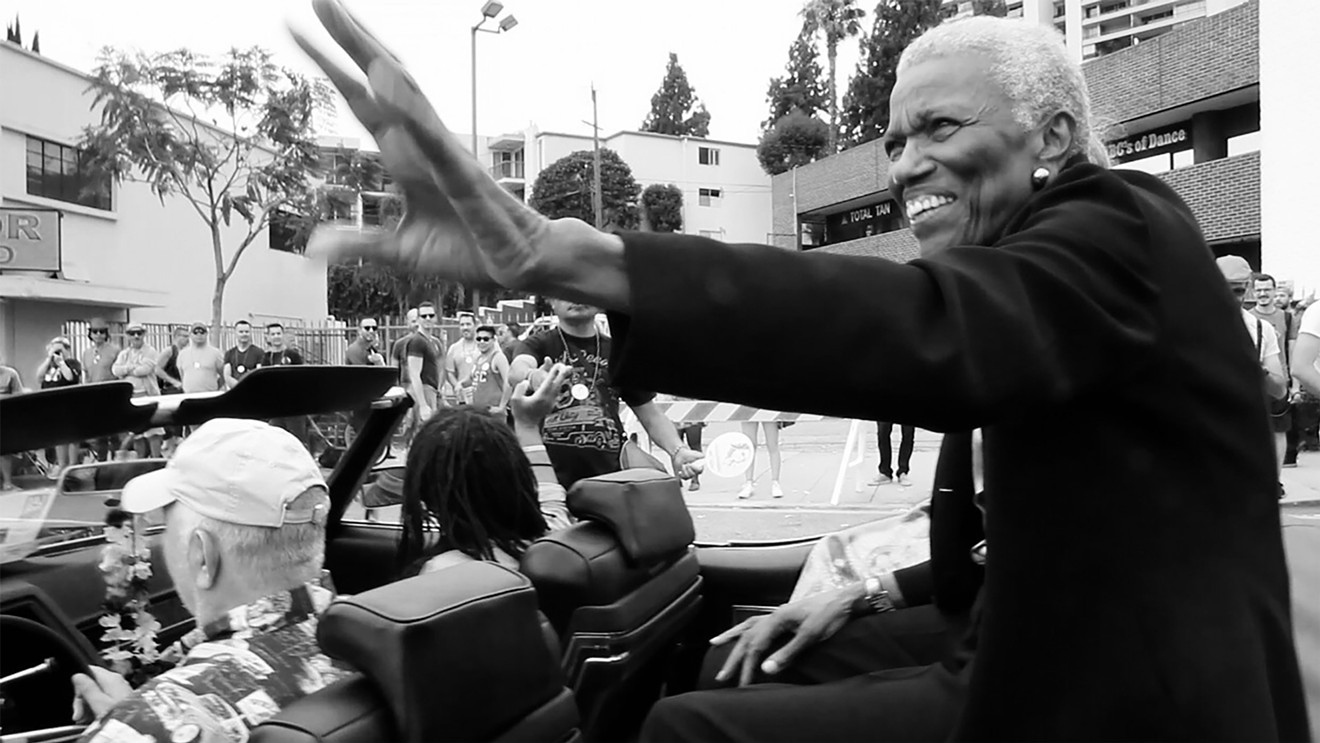 Jewel Thais-Williams, the subject of the new documentary Jewel’s Catch One, waves while serving as grand marshal of the L.A. Pride Parade. Courtesy of C. Fitz

Jewel’s Catch One is on Netflix.


Thanks to a female filmmaker who goes by C. Fitz — and Ava DuVernay, who acquired the film, Fitz’s debut, for release via the distribution collective ARRAY — the story of African-American lesbian/businesswoman/crusader Jewel Thais-Williams is now being told in the new documentary Jewel’s Catch One. The title is also the name of Thais-Williams’ Los Angeles nightclub, a legendary spot that survived more than 40 years, mostly as a hangout for people of color, both gay and straight, and eventually attracting black celebs and pale-skinned superstars. Madonna, the venue’s most famous patron, even once held an album-release listening party there. (She doesn’t get interviewed in this doc, but Fitz does get sit-downs with Jewel’s regulars Sharon Stone and Sandra Bernhard.)

But the focus is Thais-Williams and her Jane-of-all-trades accomplishments as a club owner, a vegan restaurateur and an acupuncturist. More important, she’s one of L.A.’s most selfless activists, using her club as something like a halfway home for the LGBTQ community during the AIDS crisis of the homophobic 1980s.

This rough-around-the-edges doc salutes a contemporary savior more people should know about. Think about it: Here’s a woman who has spent her entire life helping others and not being a piece of shit, and unless she or the club touched you personally, you probably didn’t know she existed until you read this or saw the film. We should applaud more people who actually do some good in this goddamn, godforsaken world — and you can start by doing it to her after you watch this movie.
KEEP THE DALLAS OBSERVER FREE... Since we started the Dallas Observer, it has been defined as the free, independent voice of Dallas, and we'd like to keep it that way. With local media under siege, it's more important than ever for us to rally support behind funding our local journalism. You can help by participating in our "I Support" program, allowing us to keep offering readers access to our incisive coverage of local news, food and culture with no paywalls.
Make a one-time donation today for as little as $1.
Craig D. Lindsey
Contact: Craig D. Lindsey