In the Darkest Hour, Liz Hannah and The Post Seize the Moment

Tom Hanks (left) plays Ben Bradlee and Meryl Streep is Katherine Graham in The Post, the Steven Spielberg-directed film of a woman facing a critical decision to stand up for a free press while risking jail and her company’s future. Niko Tavernise/Courtesy of Twenteth Century Fox
It was a regular sunny L.A. October afternoon when Liz Hannah (31), co-writer and producer of Steven Spielberg’s The Post, got a call from her manager. “She said, ‘Don’t answer your phone unless you know who it is,’ ” Hannah tells me. “My script had leaked overnight, and everyone was going crazy. I didn’t have an agent, so she thought people would try to call me directly and strike a deal.”

Hannah hung up, rattled, and sat quietly in her apartment for nearly 12 hours, awaiting instruction. “I’m not a pessimist,” she says, “but I do believe in jinxing.” At 11:30 that night, her manager called back. Producer Amy Pascal had bought the script and wanted to call.

“I said, ‘Right now?’ I’ve learned since then that when Amy is passionate about something, it does not matter the hour of the day.”

Pascal called at midnight, one week before the 2016 election. Both women were anticipating a Clinton win. They were elated at the idea of telling a story that they felt paralleled Clinton’s, a story about an older woman seizing her power — and growing more and more feminist through her relationships with young women. 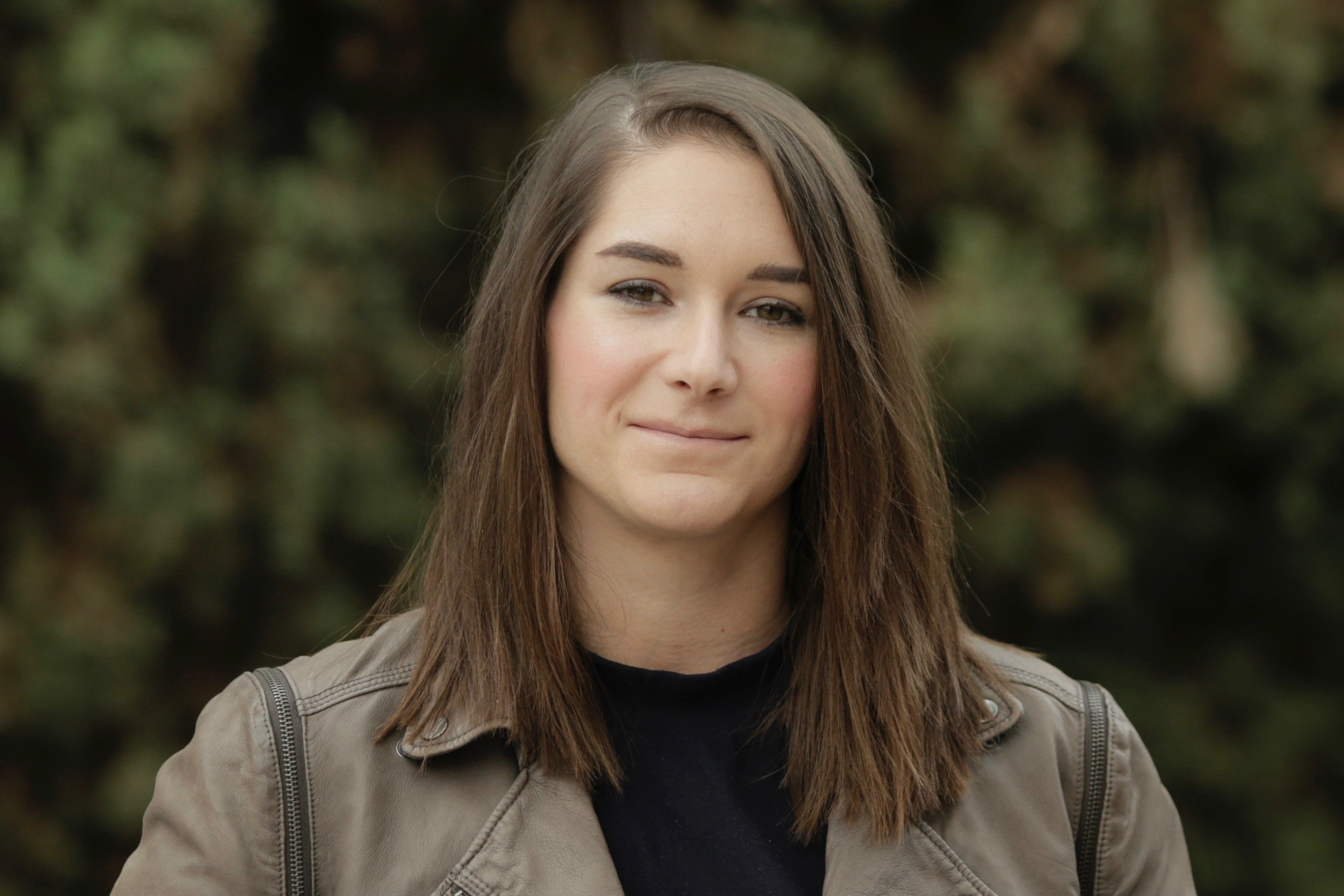 Liz Hannah is a co-writer and producer of The Post.
Martim Vian
The Post tells the story of the late Katherine Graham (Meryl Streep), the longtime publisher of The Washington Post, who took over its operations after her husband killed himself in the 1970s. The Post had been her father’s company. You might think today that she would have been the heir, but instead it passed first from her father to his son-in-law (just as Donald Trump bypasses Ivanka for Jared Kushner when it comes to “serious” work). Hannah’s story of Graham’s life begins during one pivotal week, not just for Graham, but for the United States — and journalism itself. It’s 1971, and a whistleblower has just leaked the Pentagon Papers, Robert McNamara’s secret government study of every U.S. deception and disaster in the war in Vietnam. The New York Times publishes a portion, drawing the ire of the president and an injunction from his Department of Justice. The Post — then a smaller regional newspaper led by Ben Bradlee (Tom Hanks) and vying for national relevance — faces an excruciating choice: Publish the papers to stand up for a free press, risking jail and the company’s future, or just quietly wait out the storm. And Graham, a 50-something woman of great intelligence but meek demeanor, is the one who must make the decision.

So, yes, quite a story for the new era that seemed to be dawning in October 2016. But then the election happened.

“I think there was a half a second where we were like, ‘Does anybody still want to see this movie? Is it just us?’ ” Hannah says. “And then we were like, ‘We have to make this now. We have to tell the story of a woman who gets to talk and gets to have the last word.’”

When she first wrote the script, Hannah’s ambitions were to get an agent and maybe land a job from it. She had no idea how much people would crave this uplifting story about a woman and a free press uniting to take on a power-mad president. Or how much Spielberg himself needed it.

“Reading the script just made me happy,” the director said at a press screening I attended. And he says he desperately needed that joy.

Only a couple of months passed between Pascal buying the script and Spielberg signing on to direct. Hannah describes it as a “blur.” They brought on Josh Singer (Spotlight) to collaborate on further drafts. Spielberg says he managed to land the actor he wanted for every role, as all miraculously had openings in their schedules. The Post was in pre-production for just two months before photography began in May.

Hannah tells me she couldn’t think of a better person to tell this story than Spielberg. She credits him with giving her many of her favorite female characters. “For me, the seed of my whole filmmaking career started with Raiders of the Lost Ark and Karen Allen’s Marion Ravenwood.”

Over the course of his career, Spielberg has made a habit of inserting characters with overt feminist leanings into four-quadrant motion pictures that kids can watch next to their middle-aged dads. Hannah cites Laura Dern’s Ellie in Jurassic Park — and not just her. “Aaaaand, all the dinosaurs were women,” she quips. A fan, Hannah asked Spielberg to settle a 4-year-long argument she’d had with her husband: Were Ellie and Sam Neill’s character, Dr. Alan Grant, just colleagues or were they romantic partners? (“My husband says that because they never kissed that they weren’t in a relationship.”) Spielberg exclaimed, “Of course, they’re in a relationship!”

Hannah tells me that she has always appreciated the way the veteran director could tell a love story without it being directly about kissing and sex. And she sees her film as a love story, too, of a sort too rarely seen onscreen: a man and woman who trust each other as colleagues.

“It is the story of how a man and woman [Bradlee and Graham] can be in a love that is about friendship,” she says. “Soul mates come in all different shapes and sizes. It’s so clear if you listen to them give interviews together that they just have such a respect for each other.”

At a time when every news cycle reveals new cases of predatory men abusing their power in the workplace, The Post emphasizes the truth that, with mutual respect, there’s no reason men and women can’t have long-standing fruitful relationships in a professional setting, without sexual overtures. (Heads up, Mike Pence!)

In The Post, Meryl Streep plays Katherine Graham, a 50-something woman of great intelligence but meek demeanor.
Niko Tavernise/Courtesy of Twenteth Century Fox
That’s one of many truths Hannah feels is evident in the story. Another: That it’s natural for women to come to a feminist awakening at any time in their lives, even in later years.

“The word feminist didn’t exist when Kay was born, and she had struggled with women’s rights. She gave an interview a few years before the film takes place where she said she had thought a man would be more suited to be in her job than she was. This is the story of a woman who’s gotten there, but there’s a big learning curve to go from ‘feminist doesn't exist’ to being the first Fortune 500 CEO.”

Hannah says it was Gloria Steinem, many years younger than Graham, who took Graham aside and said it was time for her to accept her role as feminist icon. “Kay talks about it in her book [1997’s Personal History]. Gloria was very influential to Kay in defining herself as a feminist. It’s a cross-generational relationship. But Gloria didn’t look down on her for how she expressed her feminism.”

Hannah’s script and Spielberg’s film remind us that such epiphanies are not reserved for the young, but for the young at heart. It’s the story of a woman who came into her own power and then changed the course of history. Now The Post is set to open in wide release in early January, and Hannah, by telling this story, has come into power of her own. Her film may not change history itself, but it certainly made this poor journalist writing to you now feel that there is hope for the future. And what is hope if not a catalyst for change?