Whitney: Can I Be Me Surveys the Pressures Faced by a Pop Great 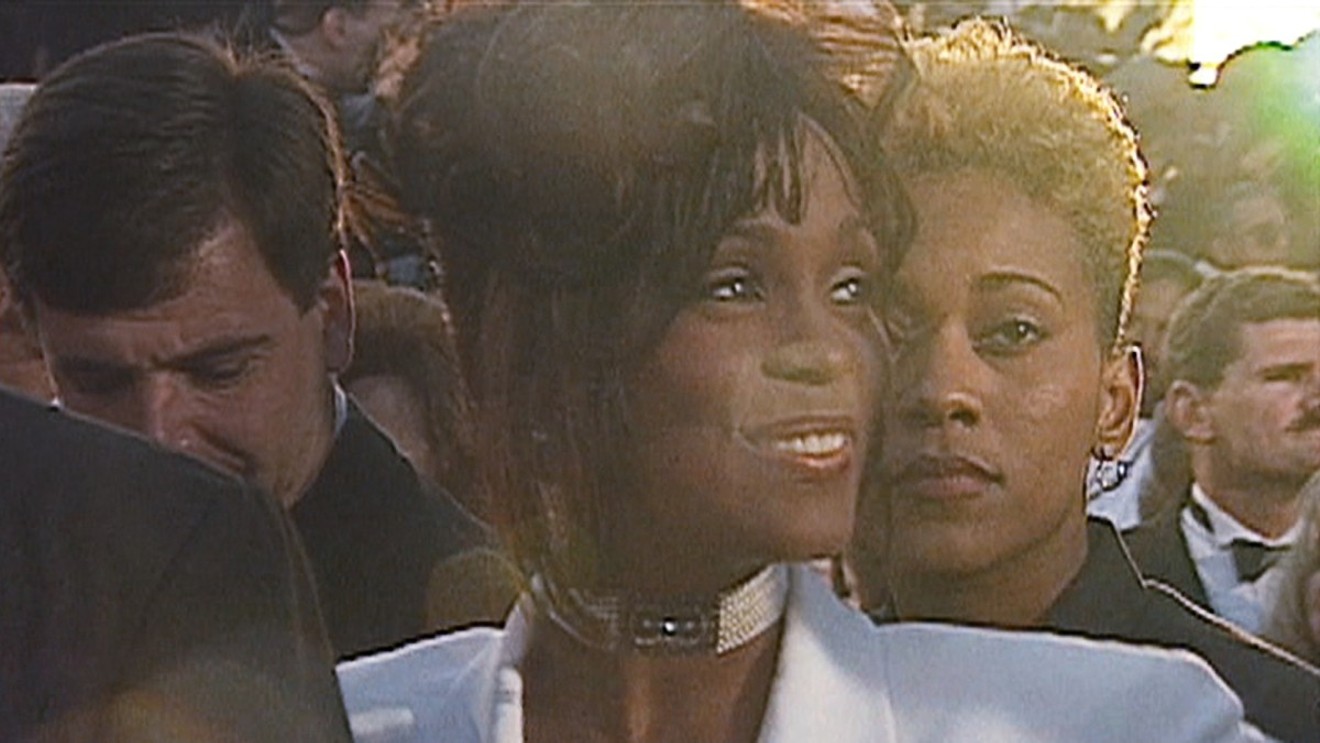 The Showtime documentary Whitney: Can I Be Me covers familiar ground about Whitney Houston’s drug abuse but also addresses rumors that the pop superstar was bisexual and in a relationship with her close friend Robyn Crawford (right). Courtesy Lafayette Films, Passion Pictures
Whitney: Can I Be Me premieres on Aug. 25 on Showtime.

In the February 2016 issue of ESPN The Magazine, Danyel Smith penned a powerful essay on Whitney Houston’s chill-inducing rendition of “The Star-Spangled Banner” at Super Bowl XXV, perhaps the pinnacle of national anthem performances. Smith frames Houston as a pioneer, a symbol of strength, singing that crisp winter night in 1991 as though the whole country’s hopes lived or died in her high notes. She situates that moment in its specific time and place — 10 days after the U.S. entered the Gulf War — and urges readers to understand that this was a wildly different era, for America and for a black woman on the cusp of superstardom. That’s crucial context for Houston’s immense success.

Whitney: Can I Be Me, a new Showtime documentary from Nick Broomfield and Rudi Dolezal, doesn’t cover that shining two minutes at the Super Bowl, but does build to the same key consideration: With so much riding on her, could Whitney ever just be Whitney?

Never-before-seen footage from Houston’s 1999 My Love Is Your Love tour makes up much of the doc. Four years prior, while filming Waiting to Exhale, Houston had suffered her first overdose. We see a jittery Houston leading her band in prayer before the show, sweat already glistening on her face. Michael Baker, Houston’s music director and drummer, describes how awe-inspiring it was to watch her from behind as she performed, all the muscles in her back expanding and contracting. Others on the tour only remember the drugs and chaos. Houston’s former bodyguard reports that he wrote letters to Houston’s friends and family, warning them, to no avail.

We get glimpses of Houston’s childhood. The superstar as a tomboy 12 year-old belts out hymns behind a lectern that’s nearly as tall as she is. But maybe “belts” isn’t the word. These angelic notes seem to emanate easily from her mouth, as though she’s barely trying. The doc touches on how the very naturalness of Houston’s gift gave her grief; she was taught in the church that everyone must work for her success, but she thought this enormous voice simply existed within her, despite her mother, Cissy Houston, working her day and night to achieve that sound. Still, guilt and confusion were inevitable: Was she really deserving of the world’s accolades?

Much of the film, of course, concerns the sensitive topics of Houston’s drug abuse and her marriage to Bobby Brown. But the most contentious issue proves to be the rumors that Houston was bisexual and in a relationship with her close friend and creative director, Robyn Crawford. The documentary takes this as blunt fact, as multiple talking heads assert how much strife this caused Houston and her family. A clip of Houston’s mother discussing the rumors on Oprah lays the stakes bare as Cissy says she absolutely would not have condoned Houston being gay — keep in mind she says these words even after her daughter’s tragic death.

At the same time, Houston was struggling with just how black the world of pop music would let her be. Interviews with friends suggest that her agents and producers wouldn’t sign off on songs that sounded “too black.” In 1988, while being honored for her sophomore album Whitney, she was mercilessly booed by the crowd at the Soul Train Awards. Close-ups of Houston’s face show her shock and hurt, while later interviews with the star reveal that night’s effect on her psyche years later. She had more consecutive No. 1 hits than the Beatles, but outside of the pop charts, she just couldn’t win.

We’re fortunate to witness such impassioned consideration of Houston’s art, career and life from the people who actually knew her. Still, it’s notable that Crawford isn’t interviewed here. All we see of Houston’s confidante are videos from the 1999 tour, where she’s trying her best to keep Houston and crew on track. Perhaps Crawford is as private as Houston once tried to be. Perhaps it’s none of our business. Or maybe it’s still just as difficult to be out and African-American today as it was then. Still, Crawford’s absence requires you take this doc with even more grains of salt than you would most celebrity film bios. What’s indisputable, though, is that Whitney Houston stands as one of the most influential artists in the history of popular music, and that the Beyonces and Rihannas of the world would not have thrived without her example.