Dallas' Hip-Hop Community Mourns the Death of Anthony 'OneSelf' Stanford 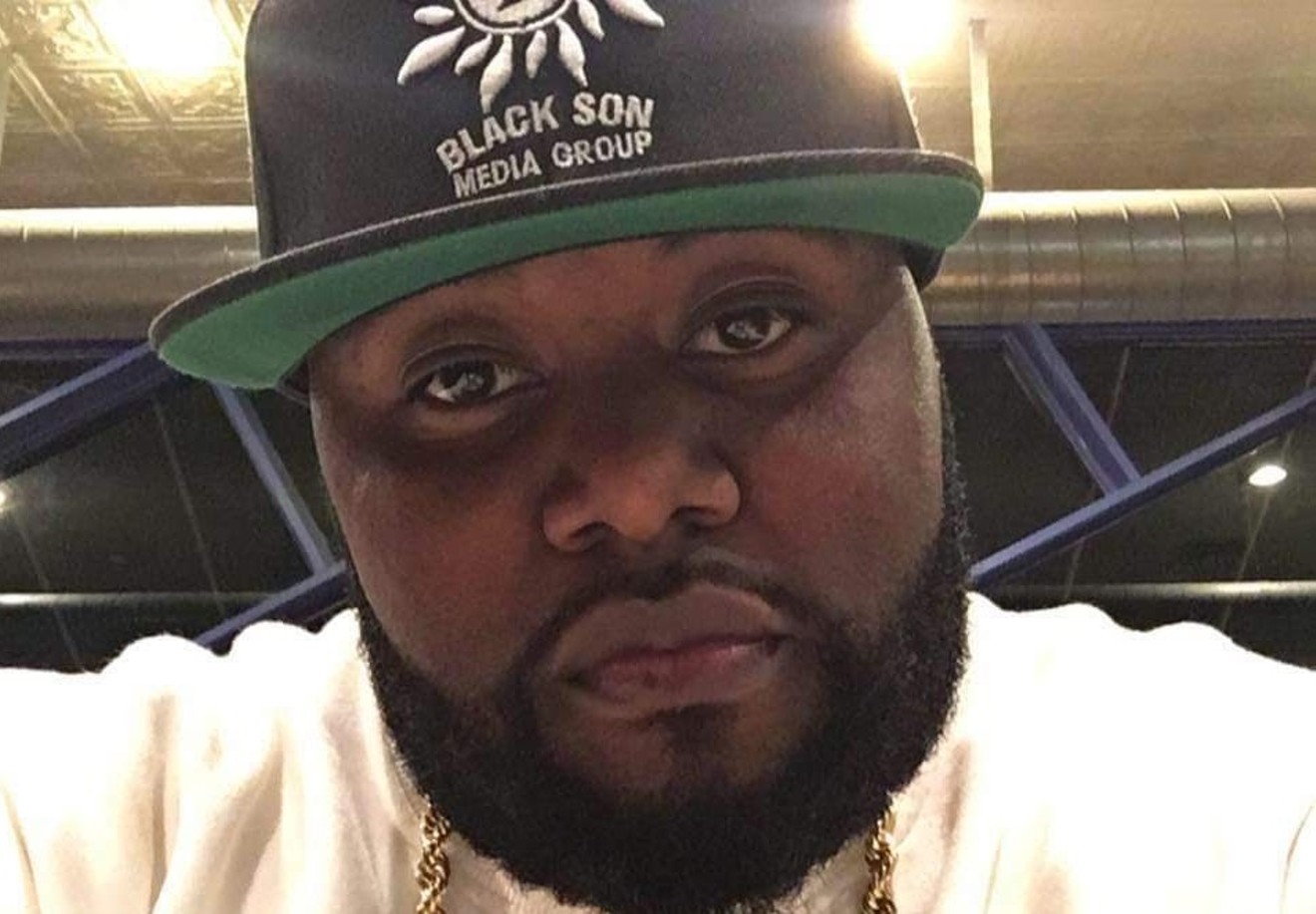 Promoter and producer Anthony "OneSelf" Stanford died at age 44 last Saturday. Friends describe him as a "true legend." Tramayne Stanford
OneSelf Salaam, a renowned Dallas-based hip-hop producer and promoter, died Saturday in Dallas.

Anthony "OneSelf" Stanford revealed on July 26 he had been hospitalized after contracting COVID-19, posting a photo of himself to Facebook from an ICU unit with the caption "Prayers please." The Black Son Media Group CEO died in a Dallas hospital on July 31, as was confirmed by close friend and collaborator Richard “Picnic” Escobedo. He was 44.

News of OneSelf’s death went viral throughout the music scene with recording artists such as Stone Mecca, Symbolyc One and Rakim Al-Jabbaar sharing memories and expressing their condolences on social media.

On Instagram, Grammy-winning producer Symbolyc One shared a photo compilation with OneSelf with the caption: “Heartbroken. Bubba thanks for being such a great brother and a true friend (family). Just know that you lived a purposeful life and touched so many people on this earth including mine. I will forever hold on to the great memories and bond we shared. Miss u greatly but God needed you more. Rest easy my brother. Love ya!”

“I got the sad news that Anthony 'OneSelf' Stanford, a friend from the Hip Hop community, had passed away it literally made me feel sick to my stomach," he wrote. "... I know you up In heaven reppin’ that real hip hop to our other fallen soldiers.”

“OneSelf was one of the most humble and genuine spirits in Dallas hip-hop culture,” rapper Rakim Al-Jabbaar tells the Observer. “He freely shared his knowledge, resources and equipment with multiple members of the community. He also was an advocate for peace whenever any discrepancies or issues crossed his plate. I’ve never seen him not smiling, happy, enjoying life to the fullest. Peace and love to his family.”

“OneSelf was one of a kind,” says musician Stone Mecca. “It’s really hard to find someone who’s truly what you see is what you get. He found a way in the climate of music today to make sure he inserted positivity, inspiration and information in both his music and the music of the artist he represented. There’s a song on my upcoming release called 'mR. police,' Self heard it and sent the commentary of an actually illegal police stop. It fit perfectly. We still had stuff to do so I'll be calling on him in the sky. His nephew DQ [rapper Hampton] is one of my best homies, and everyone I’ve met in the family are beautiful people. My prayers are with them.”

Galaxy 9 Productions shared a tribute video to Instagram, using a 1992 OneSelf track, with the announcement of an upcoming "celebration of life" for the producer scheduled for August 7 at Three Links.

Born Anthony Stanford in 1976, OneSelf was raised in Waco, where he discovered his passion for hip-hop as a teenager.

“Met Anthony about 15 years ago,” producer Picnic remembers. “Our squad, the AEONZ, consisted of some of the best artists that hip-hop had to offer in the DFW area. Him, Symbolyc One and I had a beat crew together called the Cassette Union for years.

"He taught me so much about the music industry, and we both learned from each other on many other levels and phases in life. We all grew to become good friends. I still can't believe he's gone. Dallas has taken a huge loss. An amazing artist and human being. A true legend out of Dallas by way of Waco.”

A man of the community, OneSelf was well-known for his eternal positivity and his passion for connecting people, which resulted in several of the city’s most memorable musical events. In 2019, he was a judge at the Dallas Observer Music Awards, and in an interview the following year, he told the publication how he spoke to his teenage son about racism.

“I tell him that his mission is to make it home safe,” OneSelf said in a 2020 Observer story. “Taught him how to conduct himself during a traffic stop — both hands on the steering wheel with license and registration ready. Respect the police officer, but know your rights … I try to allow him the space and time to enjoy life but often remind him that he has to move different to survive in this country.”
click to enlarge


In 2021, before his death, Black Son Media Group released new albums: February’s Earftones by Trey Galatica, April’s K.R.O.W.N. (Kings Rule Over Whatever’s Necessary), a compilation album that hosted new music from the entire BSMG roster, and June’s Illustrious, a joint album by the label’s DQ Hampton and Kam KT. BSMG’s Leaf Village released new music for the song “Goku & Vegeta (How We Do),” the first single from the upcoming album last week.

Promoter Callie Dee worked closely with OneSelf and remained friends with the producer.

“I worked with Anthony’s label/group Black Son Media Group, helping them get booked on shows," she says. "Even after that he was a huge supporter, and his artists participated in [hip-hop competition] Master of the Mic — DQ won year 3. [OneSelf] was just a big ball of positive energy. He always had a smile on his face. I’m not sure there’s anything negative you could say about the guy.”

Behind the music, OneSelf displayed similar qualities as a father, friend and family man.

“The general, the CEO, my ace, right-hand, my best friend,” Tramayne Stanford says of his sibling. “I lost my brother, but I feel the city lost their brother, too. Words can’t describe the storm over us right now, but Black Son will rise.”

“The man of my dreams Anthony OneSelf Stanford! I love you so much,” Carter wrote. “I'm still in disbelief and can't believe you're gone so soon. We have a bond that can never be broken and now I know you're with me everywhere I go my guardian Angel. God needed you and I don't know the why. I know he makes no mistakes. You loved me unconditionally and treated me like the Queen I am. I'm going to miss hearing your voice saying 'Hello my beautiful Queen.'"
KEEP THE DALLAS OBSERVER FREE... Since we started the Dallas Observer, it has been defined as the free, independent voice of Dallas, and we'd like to keep it that way. With local media under siege, it's more important than ever for us to rally support behind funding our local journalism. You can help by participating in our "I Support" program, allowing us to keep offering readers access to our incisive coverage of local news, food and culture with no paywalls.
Make a one-time donation today for as little as $1.