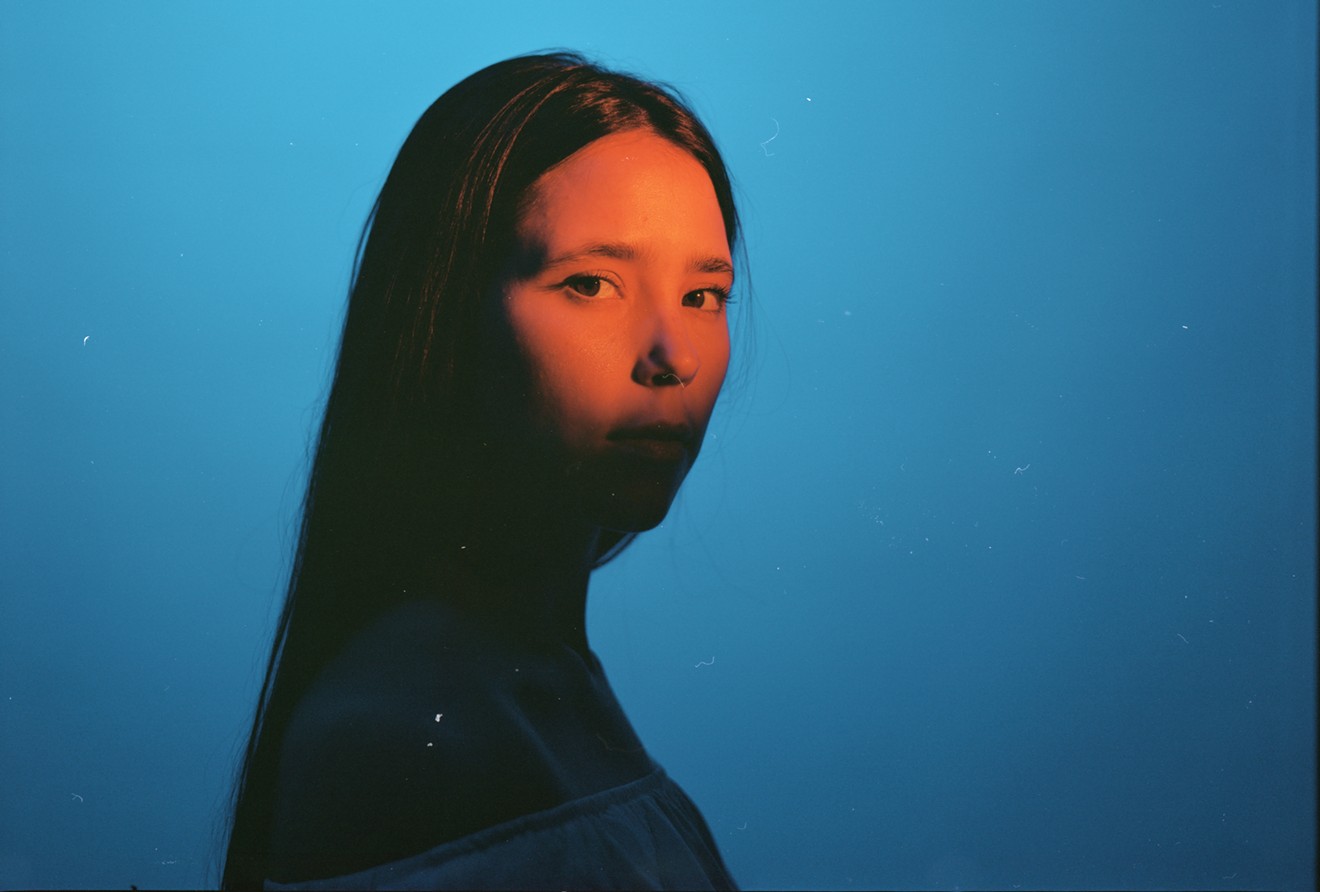 HONIN is finding the spotlight as a pop-jazz artist. Jake Wangner

Pop music has a dirty, not-so-well-kept secret: A lot of songs are often composed of four chords. Even the greats — your Beatles, your Fleetwood Mac — have employed two to four chords to make the timeless hits that will still be around long after we are not. But Carleigh Reese believes there is beauty in simplicity. No matter what the critics think, what your professors say or what the critics and professors have deceived you into believing, a song with four chords can still be a great fucking song. Reese, a 24-year-old pop artist who goes by HONIN, learned this the hard way while she was compiling her five-song EP, Made to Grow.

“I would create something with four chords then think, ‘Oh, I need to add two more sections with more chords, and then it’ll be a really good song.’ But no, I don’t need to do that,” she says.

This is not to say that music is easy. Making music can be torturous. You doubt your harmonies, you question your lyrics, and when you play the recording back, it doesn’t even sound like you. Plus, you’re basically baring your soul to strangers. But the point isn’t to make something hard; it’s to make people move. If what you make ends up being a reflection of who you are and what you have to say, then that’s even better.

“I think I’m becoming cool with who I am and what I sound like,” HONIN says. “That’s kinda the point, right? To hear yourself and say, ‘I love that.’”

This lack of confidence may surprise people who see her live. In her earliest shows, HONIN was a boisterous performer, leaping on couches in her parents' living room to belt out songs and strut frenetic dance moves that are the stuff of home-video legend. According to her friend Valerie Gunchick, that confidence onstage continued well into her teenage years and college.


“I wanted to stop playing. I asked myself, ‘Should I even be doing this?’ All because of what one person said. One person.” — HONIN

“When she’s onstage, everyone in the audience is her friend,” Gunchick says of HONIN. “She’s gotten so good at making you feel that, out of everyone there, she’s only singing to you.”

Gunchick and HONIN met while working at the same barbecue joint in Colleyville, where both attended high school. To Gunchick, HONIN quickly differentiated herself from the crowd.

“She’s creative, and she's a dreamer,” Gunchick says of her friend. “So I think she thinks very differently than the rest of us. I’ve seen people our age lose that dreamer quality, and I might’ve even lost it myself. But she hasn’t. Carleigh is still a dreamer.”

After high school, HONIN moved up I-35 to Denton, where she studied jazz at the University of North Texas. She played in some bands, posted some videos to YouTube and made the mistake of reading the comments.

“I wanted to stop playing. I asked myself, ‘Should I even be doing this?’ All because of what one person said. One person.”

HONIN didn’t stop, but she did lose the band. Made to Grow is her debut solo effort, and it covers many of the themes she has spent years thinking about: confidence, identity, love and perseverance.

“There’s a quote that I really love that says something like, ‘If you’re an artist, you should always keep growing, you should keep moving, never be stagnant,’” she says. “That’s what this album is about; that’s what ‘HONIN’ is about. I’m constantly honing my craft, constantly striving.”

“Let Me Go,” the EP’s opening, is a stripped-down exhibition of HONIN’s versatile vocals, while “Clutter” finds her blending jazz and pop influences. While creating the record, she toed the line between trusting her instincts and maintaining a steely devotion to the details. HONIN can be meticulous, delving into every note, every shade of color on her album’s cover photo, and every second of the “Clutter” video. That fastidiousness caught the eye of local musicians Ravs.

“I feel like she has found this mesh of experimental and jazzy pop,” Ravs says of HONIN. “Seeing how she found herself within the vast spectrum that is music, and the color scheme and visuals she uses, it’s all very interesting.”

Despite her tendency to fixate on the details, HONIN has also learned to take risks. Her debut includes the song “You Just Don’t Know,” which exceeds seven minutes and traverses several genres. When you think it’s going to be a slow jazz song, it morphs into dream pop. Then, as it climaxes, it turns into an R&B song. HONIN is eager to discuss these choices, but tight-lipped about some of her influences. One song is about a relationship, for instance, but HONIN will not say who it is about, other than noting that it is someone she cares about.

“It’s hard to put stuff out there when it really means a lot to you,” she says, referring to both her music and her words. Because here’s the thing: When you put something out there, it can get twisted, morphed and misconstrued. You may not be able to twist four chords, but you can twist lyrics. You can either let that fact —and the comments — drive you crazy, or you can focus on yourself. You can embrace your sound, even if it is not perfect.

“I’m just now trying to let out what I’m feeling at the time, or what I really want to write about or sing about,” HONIN says. “At the end of the day, what else can I do?”
KEEP THE DALLAS OBSERVER FREE... Since we started the Dallas Observer, it has been defined as the free, independent voice of Dallas, and we'd like to keep it that way. With local media under siege, it's more important than ever for us to rally support behind funding our local journalism. You can help by participating in our "I Support" program, allowing us to keep offering readers access to our incisive coverage of local news, food and culture with no paywalls.
Make a one-time donation today for as little as $1.