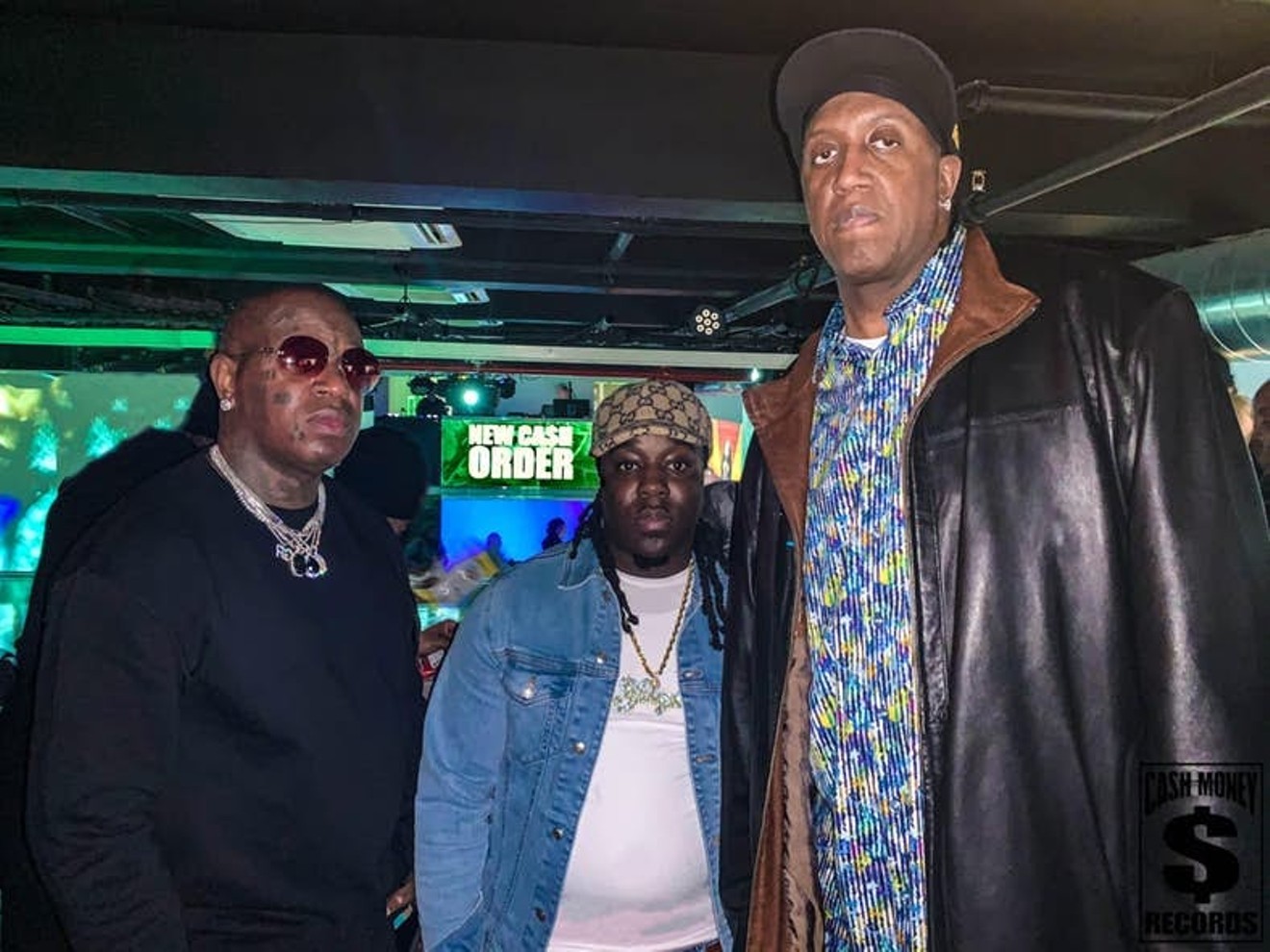 Another recording artist from North Texas has reached major-label status. The iconic Cash Money Records has signed “Fill Up Da Bagg” Pleasant Grove rapper Fat Yunginn in a seven-figure deal with a $250,000 advance, according to a press release.

Born Jakeldrick Strain, 26-year-old Fat Yunginn says that the passing of his father helped sprout his music career. In 2016, the hip-hop artist earned notoriety throughout the city’s nightlife with his street hit, “Sack Up.”

“I started doing music once my Pops passed away and I just took to music and it was just going up from there,” he wrote in the press release, adding, “Once I dropped ‘Sack Up’ it went crazy in the strip clubs and so after that, I started taking it more seriously. One night I went in the strip club and tipped a couple of females and this big DJ in Dallas, named DJ Hit That, began spinning it. It took off from there and I did my first paid show off that song.

"As far as Dallas and the surrounding areas, I was able to perform ‘Sack Up’ out there and I was able to build up my brand. We're called Sack Season Ent, but we call ourselves Sack Babies. Anything that has to do with a sack of money, we about that. That’s basically how they know me around here.”

Joining the label that made some of the biggest hip-hop names ever in Drake, Nicki Minaj and Lil Wayne is a dream come true for Yunginn.

"I grew up off Cash Money, I grew up listening to them," he wrote in his statement. "I ain't gonna lie I always wanted to be on Cash Money and I always wanted to sign with them. I don't really go off what other people say or what they do and say about Cash Money. Birdman came up talking about he was the # 1 Stunna and if you listen to my flow you can hear my ooh flow fits with this brand. Sack Season/Cash Money Records. It's a perfect match."


"Anything that has to do with a sack of money, we about that. That’s basically how they know me around here.” — Fat Yunginn

Talks between the label and artist began after the popularity of Yunginn’s breakout song, “Fill Up Da Bagg.” Released last May, the music video has garnered more than 430,000 views on YouTube. Yunginn signed with Cash Money last Friday and became the fourth recording artist from DFW to sign a major label record deal in less than a year, alongside Kaash Paige, S3nsi Molly and Lil Brook, all who signed with Def Jam Recordings.

Under Cash Money, Fat Yunginn's 2019 plans include the release of new music and his long-awaited debut album, titled Sack Up.

Cash Money Records is a sub-label under global giant Universal Music Group, the home of fellow DFW superstars Jonas Brothers, Demi Lovato and Post Malone. Before the arrival of Sack Up, Fat Yunginn has a new song and video on the way called “Show My Ass,” featuring Yella Beezy.

“... I got the visual for my next track,” he says. “It's just to get my sound out there a little more and my ‘ooh flow.’ It’s my ad-lib, you can hear in a lot of my songs. Then I have another song with Rylo Rodriguez and another one with Euro Gotti. I got a lot of unreleased music. I can't wait for the fans to hear it."
KEEP THE DALLAS OBSERVER FREE... Since we started the Dallas Observer, it has been defined as the free, independent voice of Dallas, and we'd like to keep it that way. With local media under siege, it's more important than ever for us to rally support behind funding our local journalism. You can help by participating in our "I Support" program, allowing us to keep offering readers access to our incisive coverage of local news, food and culture with no paywalls.
Make a one-time donation today for as little as $1.