After Being Shut Down the First Time, Free Underage Cool Kids Festival Is Back 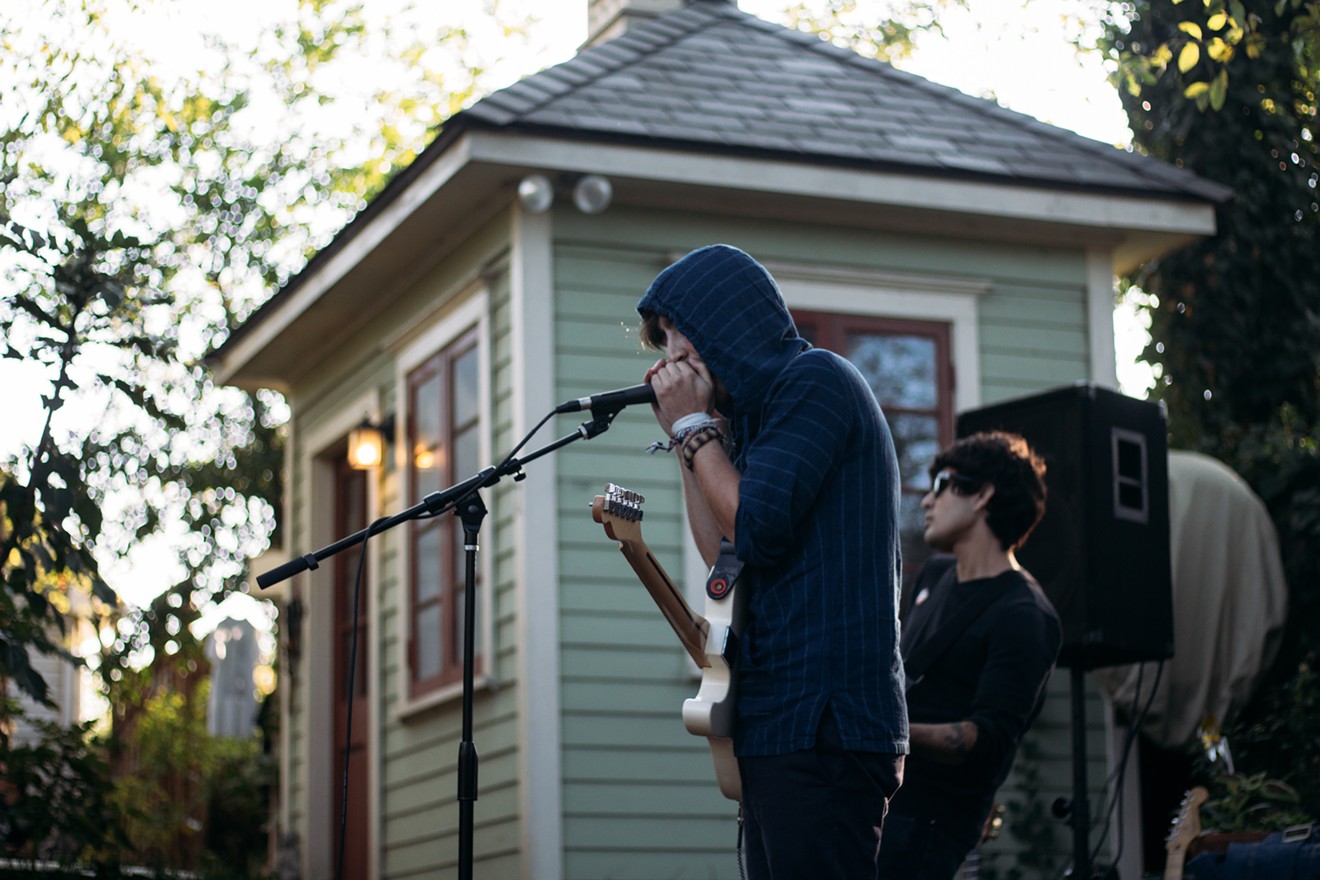 “With the name, it all actually started as a joke,” says Justin Piel, one of the event organizers. “Gabe Thompkins [another organizer] and I were driving one night and talking about setting up shows for our band, and the idea of having a festival came up somehow.

“I ended up coming up with the name Free Underage Cool Kids after trying to make a lot of other acronyms work. ... But since the beginning, I have always stuck to the rule that we never call the festival by the acronym, but by the full name. Just some tongue-in-cheek humor that seems to fit with what we are doing.”

“So FUCK is a bit abrasive of a name,” Thompkins adds, “but [we] also are serious about wanting to throw a fun and safe weekend."

As the name suggests, the three-day event is a free all-ages, all-day affair. Keeping the show free is both a means to pay tribute to the Denton music community and a way to include younger fans included when 21-and-up clubs turn them away.

“We aren’t looking to make money from this, and we want as many people to come be a part of it as possible,” Piel says. “The idea for the festival from the beginning has always been to bring together artists and fans and do our part to build the Denton arts community.

Piel and Thompkins say it's difficult to keep the festival free, but they cut down on the costs by hosting the shows in house venues and making the posters and T-shirts themselves. They also include bands from the area.


“So FUCK is a bit abrasive of a name,” Thompkins adds, “but also are serious about wanting to throw a fun and safe weekend."

“We know these bands because they are our friends,” Thompkins says, “and we have the time and place, so it's a party and everyone’s invited. We are doing this for the people and to have a good time, not to make money.”

The event also has a special meaning for the bands involved.

“Kids hold a lot of power," says Native Fox guitarist and lead singer James Naylor, "as we can see with things like the #NeverAgain movement and the walkouts. Obviously, music also holds a lot of power, too, and we shouldn’t keep the two away from each other if we want to see big changes in the world.”

The lineup for the festival this year includes heavy-hitters such as Acid Carousel, The Black Cassettes, New Science Projects and Monoculture set to perform in two house show venues, The Holding Cell and Two Sheds in Denton.

The prospect of putting on a house show always comes coupled with the fear of getting shut down. Without the protection that comes with being a so-called legitimate music venue, there can be noise complaints and other problems. It’s a concern the organizers have dealt with in the past.

“Last year, we had the cops almost shut it down on the first day because we had the bands playing outside," Piel says. "Then they shut it down the second day, and we moved the location for the rest of the evening. Then the third night, they completely shut it down before the last three bands got a chance to play, which was really unfortunate.”

The organizers hope things will be different this year.

"We are more equipped and soundproofed for this weekend, and the venues will be inside and ready to have a lot of people to party," Thompkins says.

Even while the risk of getting shut down remains, fans like Violet Krause are excited to be part of an event that brings together the music community without the barrier of age.

“To me, Free Underage Cool Kids Festival means a sense of togetherness,” she says. “When living in Denton, you're submerged into this type of universe where everyone is creative and independent but so eager to help each other and share in their passion with others.

“It's amazing how the youth of this town completely defines what Denton is known for,” she continues. “The whole festival is like an embodiment of all of the magic Denton kids bring to the table when they work together.”