Joan Baez Will Perform in Dallas for Free to Help Refugees 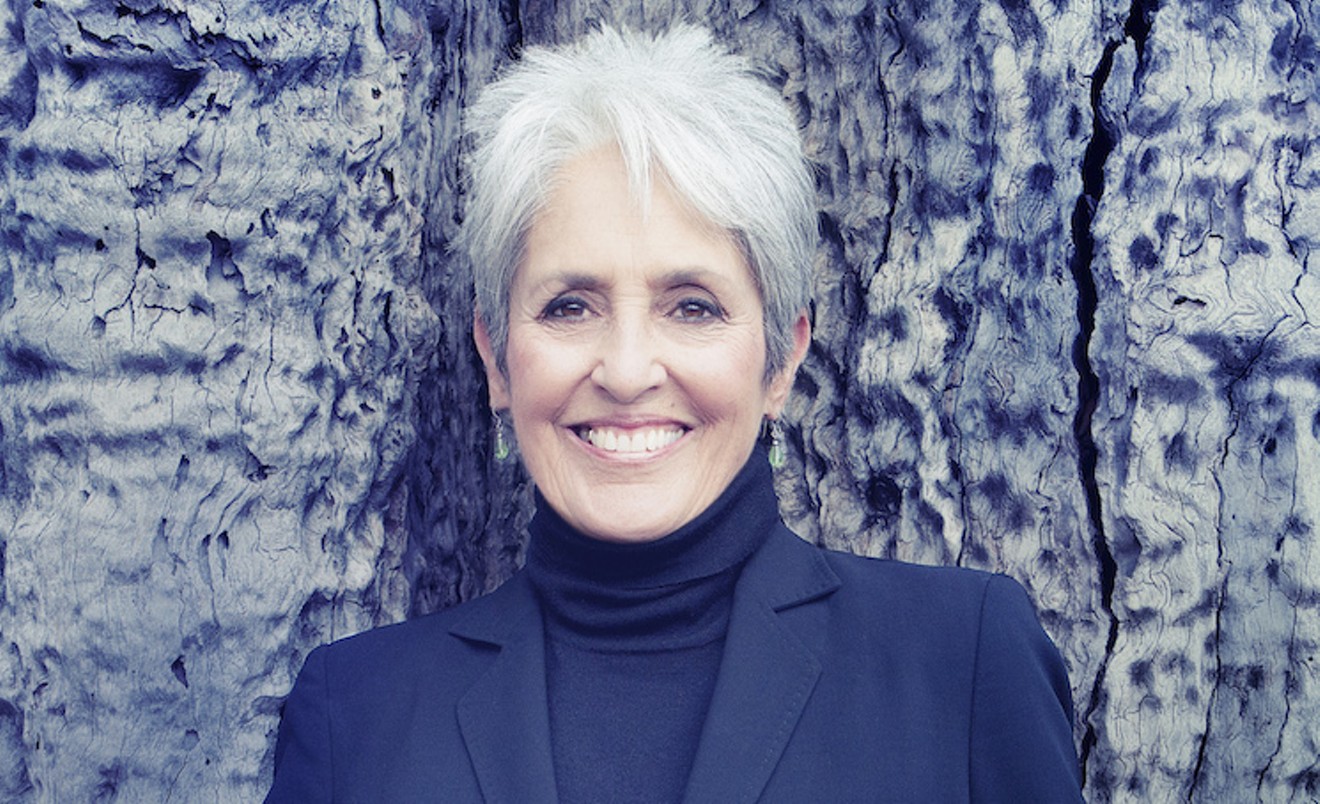 Joan Baez and others play the Majestic Theater on Sunday, Oct. 15.


At 76, Joan Baez remains a vital voice in music. A pioneer in the folk genre, she’s been open about her political leanings since the early '60s. She’s on a joint tour with Steve Earle, Patty Griffin, James McMurtry and Lila Downs, billed as Concerts for Refugees.

All of the artists on this tour are performing without payment, hoping to raise awareness about the Jesuit Refugee Service. Baez says she was happy to join the tour and help advocate for the rights of refugees, but that she wasn't always so political.

“There were a couple of years when I was just starting out and I fell in love with a guy in Harvard,” Baez says from a tour stop in Arizona. “I didn’t pay attention to anything else but that and lovelorn ballads. That ended in 1962 or ’63 with an anti-nuclear rally with Pete Seeger.”

For six decades, she's written and performed songs about issues that matter to her, advocating for civil rights and protesting wars. She's also had her share of people telling her to shut up and just sing when she takes a few moments to espouse her beliefs.


"I don't think you can make [an entertainer] need a social conscience. All I can tell them, for me, is that's where the richness came into my life: being connected with other people in the world." — Joan Baez

“I guess you get used to it,” she says. “Occasionally, that exact thing would happen in a concert, but it was more out of frustration that I had quit singing. I would just talk about it. Even then I got it [their frustration], but I had to keep talking for a while.”

Baez shows the difference between standing up in front of a crowd and playing and standing up and saying something.

Baez joined the tour a few nights ago, and she speaks highly of it. She fits in with tour mates such as Steve Earle, who has an enjoyable lack of filter.

“It’s been very successful,” she says. “You know, the combination of people and the general electricity that ignites in an audience that is excited to hear it. It’s kind of a no-brainer. If it’s really good, I keep moving and moving without a hitch.”

Baez has advocated for refugee rights since the ’70s, so it makes sense she'd turn out for Jesuit. “I’m very closely attached to the issue,” she says.

She's looking forward to returning to Dallas but has no strong memories of the city. “I don’t even remember what a hall looks like. I know when I sing that people will come to hear me sing; they are sympathetic people.

"I’m sure there have been some rough moments that have been radically progressive, and that’s not exactly Dallas’ goldmine," she continues. "But you just never know. And the people everywhere are lovely.”