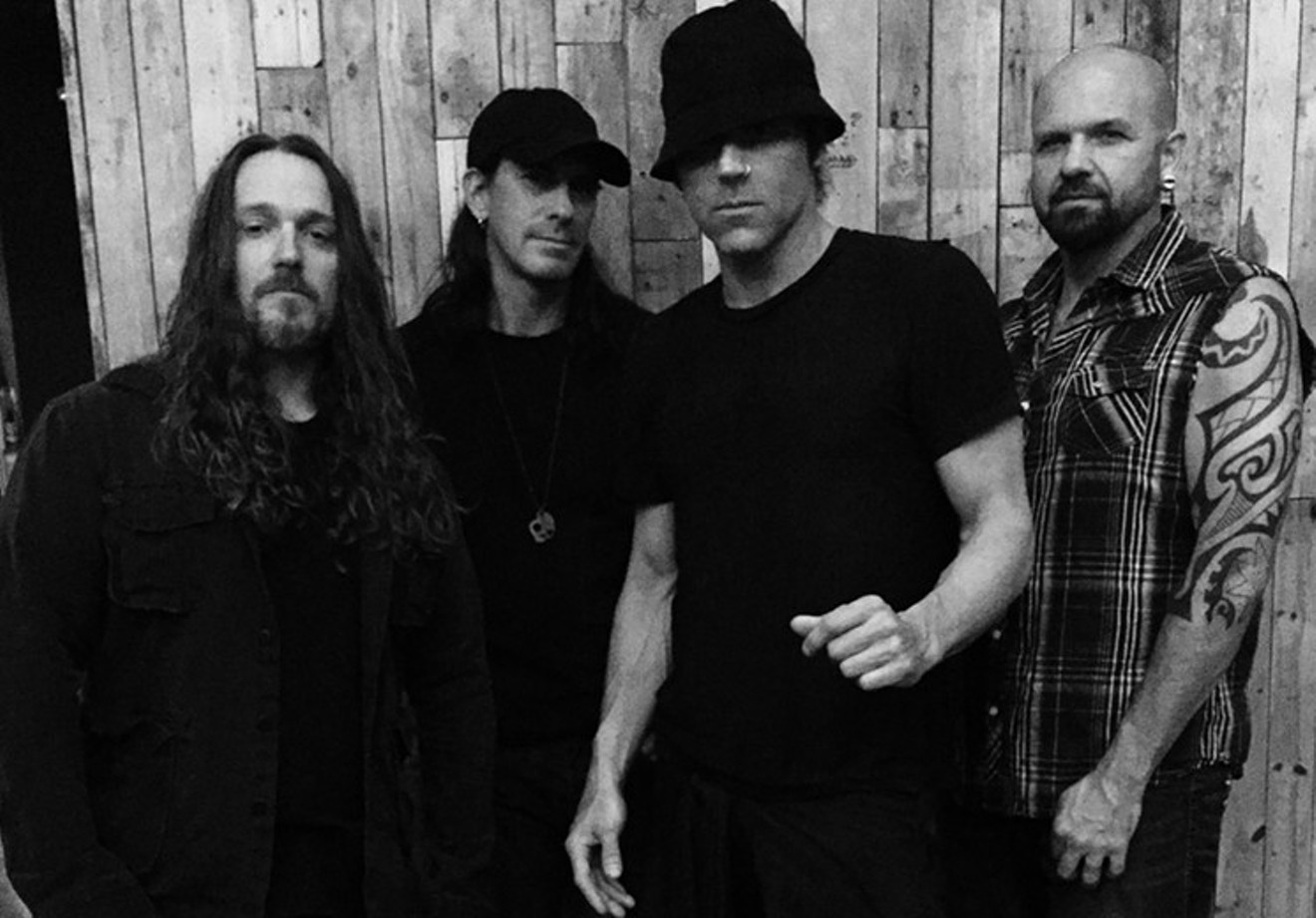 Jibe toured with Marilyn Manson and Kings of Leon in the late '90s and early 2000s but went on an 11-year hiatus in 2004. courtesy Jibe
Late ’90s alt-rock band Jibe made an epic return in 2015 from its 11-year hiatus with a sold-out show at Gas Monkey Live. Now, the boys are back with the release of their first post-reunion album, Epic Tales of Human Nature, and another show at Gas Monkey Live on Saturday, July 8.

“They always say, ‘You don’t know what ya got until it’s gone,’” guitarist Toby Bittenbender says. “There is a new sense of appreciation and gratefulness that we all have for the band now, which definitely created the inspiration for this record. Coming back together after all of this time apart and inspiring each other with new and older ideas that went unfinished back in the day.”

When the Dallas Observer last spoke to Jibe, band members shared details on their overnight disappearance and explained how drug problems, celebrity run-ins and face-first stage dives eventually drove the band to its demise. Before stepping out of the spotlight, these rock stars toured with the likes of Marilyn Manson and Kings of Leon. But Bittenbender says the breakup actually helped set the story line of Epic Tales of Human Nature.

“There has been a lot of working through our feelings with each other and finding what it was that we all fell in love with in the beginning,” Bittenbender says. “You can hear the urgency in the songwriting, the forgiveness, the respect and the understanding. This album is a bridge from where we were to where we are headed. It is absolute honesty.”

“We definitely created a lot of perceptions of the band back in the day that just simply aren’t who we are anymore,” Bitternender says. “People grow, people change. We are continually striving to be better.”

In order to capture the raw energy and emotion of an onstage performance, Jibe tracked this album live, all in the same room.

“Matt allowed us to breathe and take a step back from our own perspective while allowing us to be the intensely committed, live-in-the-moment band we've always been,” frontman Joe Grah says. “Toby invested his time into communicating with us every step of the way. He really understands how to paint us into sonic perfection. I consider this our first authentic studio album. Working with Matt and Toby elevated us to an entirely new level of recorded music.”

If MTV's Making the Band were still on air, Jibe’s rollercoaster story would be ripe for an episode. In fact, the rockers are working on a full-length documentary. Looking back on film from earlier shows reminds Grah of the person he used to be — or at least the parts he can remember.

“I climbed up on a really high speaker stack and jumped off into the crowd,” Grah says. “The next thing you see is my lifeless body carried across the crowd. When I hit the stage, security picked up my limp body and carried me off. I had no recollection of that one. Many broken bones and lacerations were acquired over nine-plus years of raw, emotive performance. This film takes the viewer along for the ride as we slowly climb up the ladder of success, then plummet to the depths of loss and separation, only to rise again stronger than ever, against all odds.”

Mollie Jamison is a freelance writer covering music and culture for the Dallas Observer. She studied journalism and political science at the University of North Texas. In her free time, you'll find her at contemporary art museums and karaoke joints.
Follow:
Facebook: mollie.jamison.1
Twitter: @MollieJamison