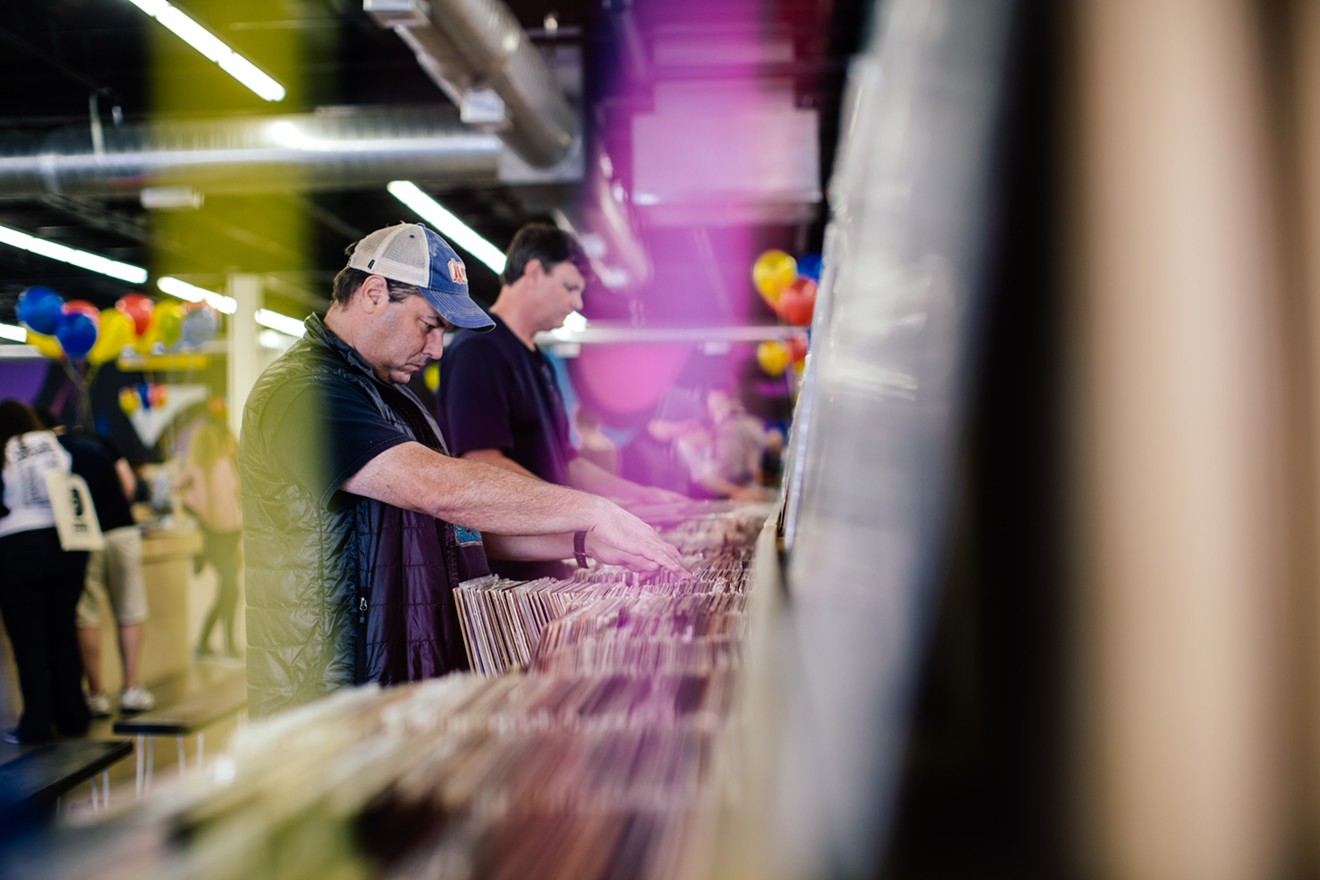 Kathy Tran
Record Store Day 2018 is nigh upon us. Now in its 11th year, RSD is the musically drenched holiday when you and all your friends become John Cusack in High Fidelity.  No matter your taste in music, odds are there's a record coming out that day that will tickle your fancy. Even if you don’t find the exclusives you’re looking for, many stores will have live music and DJs. 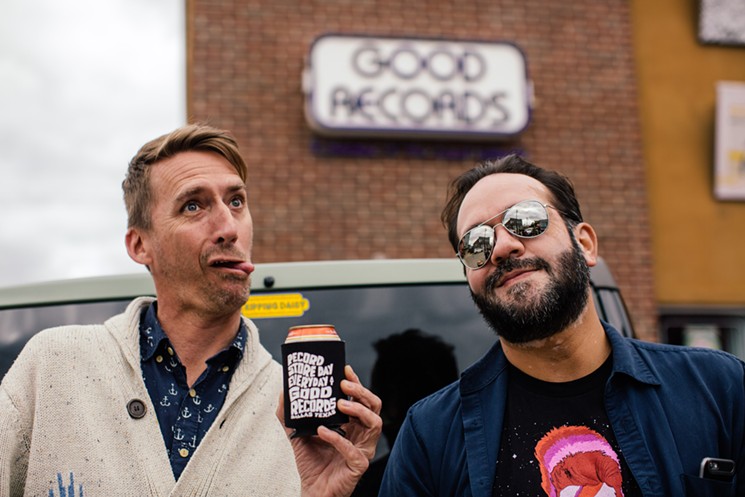 Good Records
1808 Greenville Ave.
One of the longest-running record stores in Dallas, Good Records also attracts the biggest crowd. It opens at 7 a.m., but the die-hards line up the night before, hoping to get their hands on the Record Store Day exclusives. This year’s edition has no shortage of great bands and DJs. Beginning at 11 a.m. you can catch performances by Acid Carousel, Jade Bird, American Werewolf Academy and Rosegarden Funeral Party. There will be a tribute to the ’90s band Brainiac performed by School of Rock students. DJs scheduled are Mr. Rid, DJ Spinderella and Joey Scandalous. Best of all, Resident Taqueria will sell tacos in the parking lot. 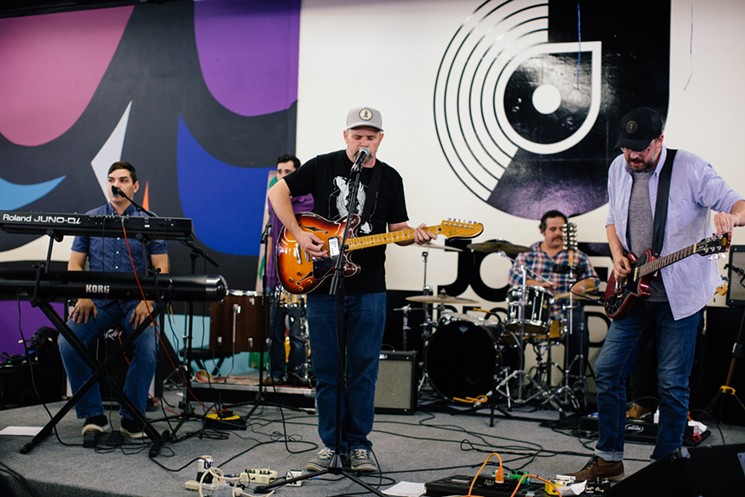 Josey Records
2821 Lyndon B. Johnson Freeway, #100, Farmers Branch
The best record store in North Dallas will open from 7 a.m. until 10 p.m. A number of bands are scheduled to start at noon, mixed with sets by DJs like Bliss, Native Fox and M’Ress. Eat food from High Key Bakery and drink booze from 3 Nations Brewing Co. while you browse exclusive vinyl swagger from local labels Dolfin Records and Texas Recordings Underground.

Bill's Records
1317 S Lamar St
The longtime store on South Side on Lamar will have a BYOB and potluck vibe. Live performances start at noon with performances by Colin Boyd, Nate Kipp, Kris Collins and many more.

Top Ten Records
338 W Jefferson Blvd
The recently-rebooted store/museum will have live music and a silent auction. There will be live music by New Fumes and Adam and the Figurines, along with DJ sets from Black Taffy, Daniel Boom and Mutarrancho. The silent auction will feature art from Clay Stinnett and Zeke Williams.

Doc’s Records and Vintage
2628 Weisenberger St., Fort Worth
The best record store in Fort Worth recently moved to a new location near Lola’s Saloon. In addition to the RSD exclusives, all used items are 20 percent off. There will be free food and kegs, and also happiness. Scheduled acts include Oil Boom, Whiskey Folk Ramblers and FOGG.

Mad World Records
115 W. Hickory St., Denton
The excellent shop in Denton's downtown square promises plenty of stock, but no DJs or bands. “Not much,” is what Mad World owner Mark Burke says about what the store is doing this year. “Just the typical loading the store with unusual and awesome product." He says he's learned not to do too much, and it ends up being better for everyone. Burke also promises to unveil an ample supply of used vinyl Saturday. The store opens at 10 a.m. 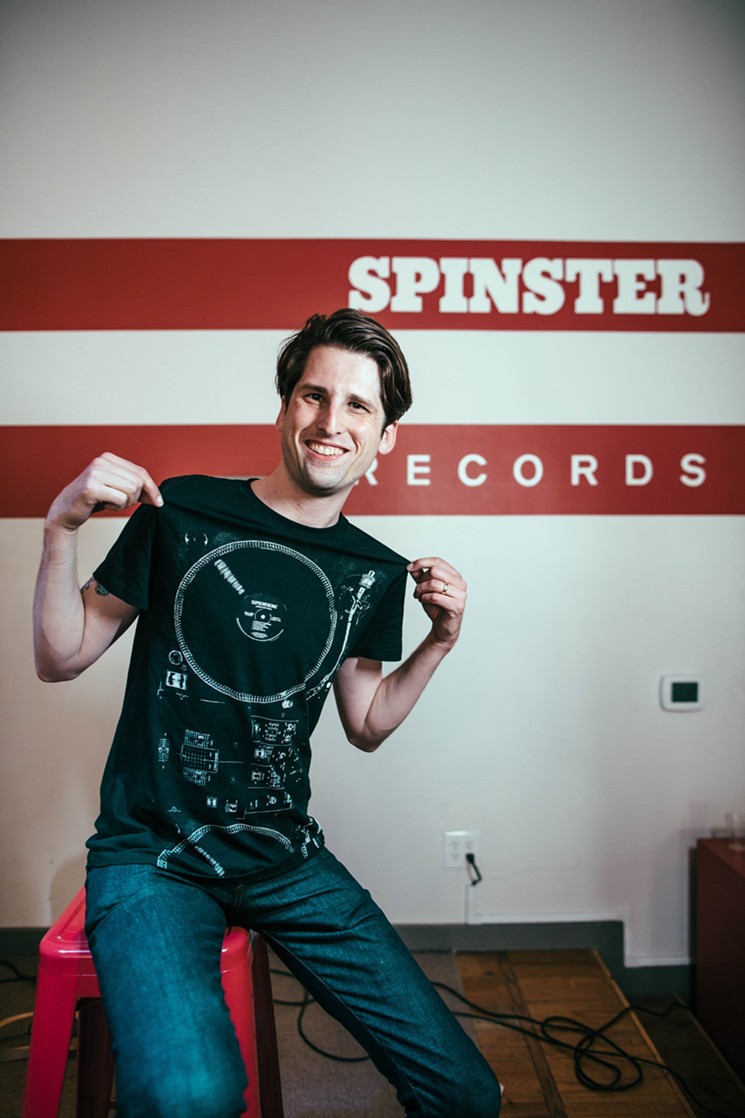 Spinster Records
829 W. Davis St.
Oak Cliff’s nice little shop down the road from Bishop Arts has a lot going on, starting with its 8 a.m. opening. Coffee, doughnuts and beverages by Four Corners Brewing Co. will be on hand, along with a raffle for a pair of Audioengine speakers. See and hear sets from DJ Sober, Tim Funatick, DJ Dad Bod, Kate Siamro, and DJ Spiral Dive. Select records will be 50 percent off, along with sales on turntables and systems. 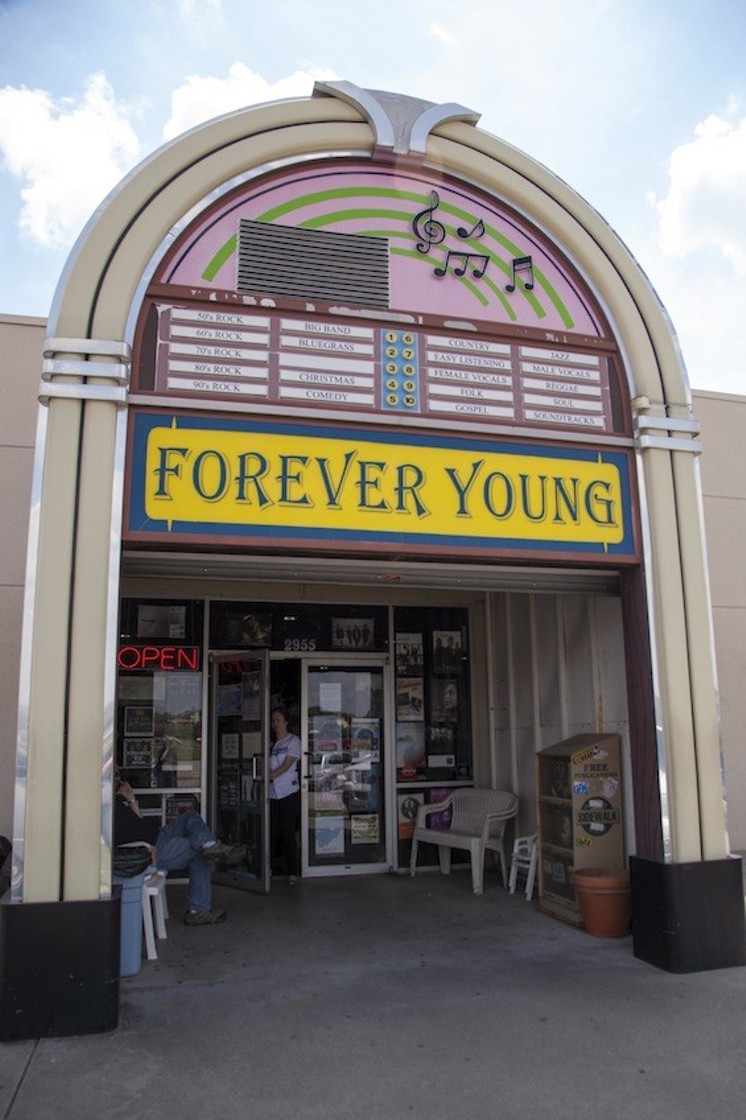 Forever Young Records
2955 State Highway 360, Grand Prairie
The biggest record store in North Texas is not advertising DJs, bands, beer or doughnuts, but they will have lots o' RSD exclusives on hand.

ZT Records
8980 Preston Road, Frisco
The Frisco location offers all the RSD exclusives and you don't even have to wait in line four hours to buy them. There won’t be beer (sorry), but there will be doughnuts, so there's that. Oh yeah! They're also having an after-party at 6 p.m. at Lava Cantina in The Colony, sound-tracked by Depeche Mode and Erasure tribute bands.