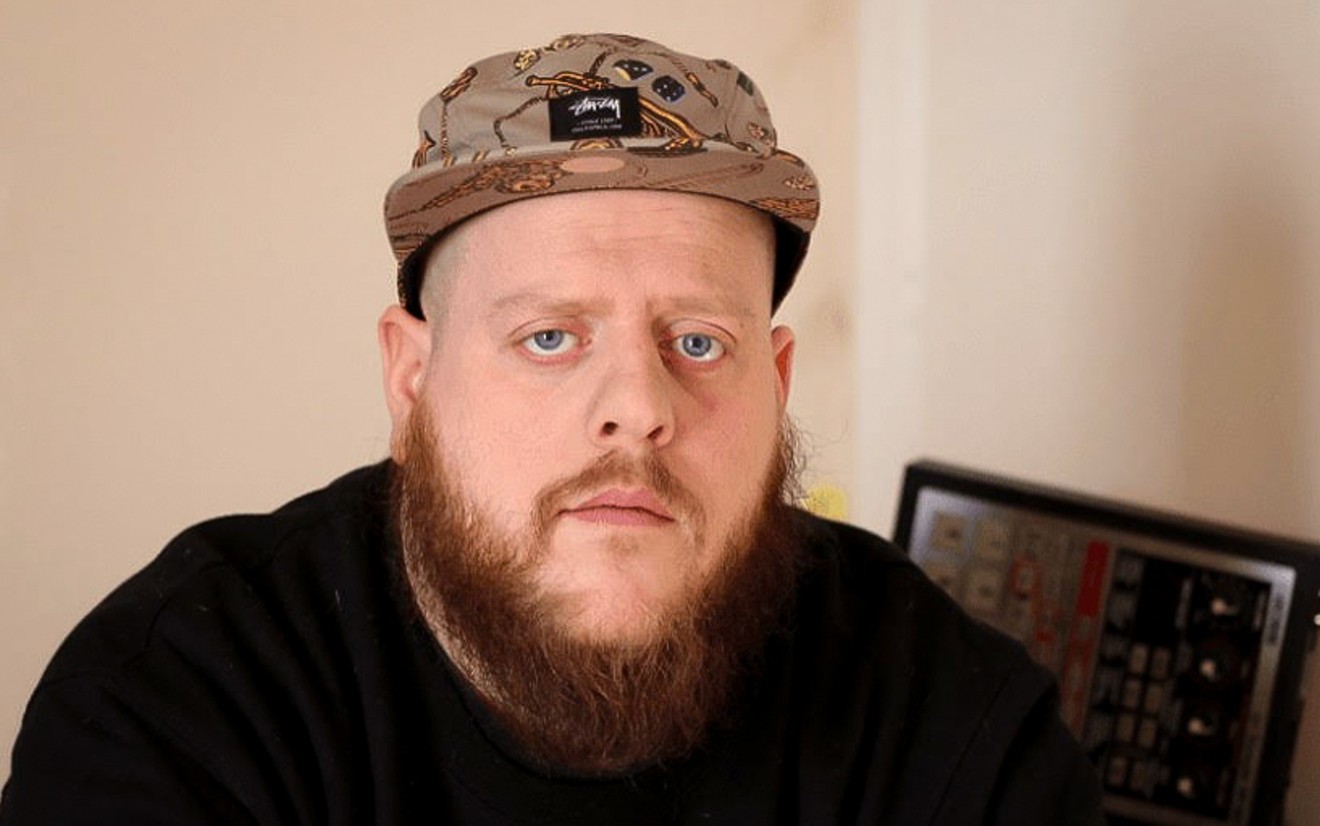 “This record is the first time that everything has come together and felt perfect,” Viktum says. “My whole career I’ve been making music, but I’ve never really made a record that was 100 percent and totally me. I’ve either been pulled in a certain direction to make music or been influenced by certain things, and this time I decided I’m not doing that anymore.”

In the last decade, Viktum has been one of Dallas’ most prolific beat-makers and a major asset to local rappers. It’s his ear for a good sample, and the deep and diverse vinyl collection he draws from that sets him apart. Viktum finds inspiration in everything from obscure gospel to records from pre-Khmer Rouge Cambodia, the latter of which he sampled for his 2007 release Progress.

His skill in this realm has earned him invitations to remix albums for big labels like Definitive Jux, home to Aesop Rock and RJD2, and a spot in the producer collective Beat Fanatic, of which Grammy winner Symbolyc One is also a member.

For Shoot The Messenger, Viktum reached out to the extensive network that he’s developed over the years for its 15 tracks. High-profile artists such as Ras Kass, Brother Ali and Lil Fame of M.O.P all contributed verses. The album released today and is available on all digital platforms, with a vinyl edition in the works.

Rob Viktum
courtesy Rob Viktum
The result is an album rich with boom bap tracks and soulful samples from Viktum’s extensive record collection that give Shoot The Messenger an authentic hip-hop sound, as he puts it. “That’s the way I came up; I came up listening to ’90s rap,” the producer says. “It feels right to me when I’m working on it.”

As a guy who grew up with ’90s and East Coast rap, having an artist like Lil Fame of M.O.P. on the record is a dream come true. “My 16-year-old self would be shitting himself,” he jokes. Viktum’s manager Callie Dee made that feature happen for the record, but in all the other cases Viktum reached out himself to artists he’s been working and producing with for years. They were more than happy to jump on the album.

When Viktum worked with Brother Ali on the beat for “When The World All Falls Away” he knew he wanted him on his next record. He’s known Ali for over a decade, so all it took was a simple phone call and Ali sent him verses for the track. Coincidentally, the verses Ali sent were about how older generations attempt to discredit younger generations’ music — how rappers in the ’80s criticized ’90s rappers, and so on — with the underlying message being that music needs to evolve to keep going.

Shoot The Messenger album cover
Viktum continued to have good fortune as he completed the album. New York rapper Conway was another artist Viktum was eager to work with, as he considers Conway one of the best underground rappers today. Fortunately, a mutual friend was able to connect the two. Viktum offered Conway one of his favorite beats from the album and he couldn’t be happier with the result.

The beat for “Long Road,” initially intended to be a bonus track, was one of the last beats Viktum made. But after he received the verse from Philly rapper Boogieman Dela, it became his favorite song on Shoot The Messenger. “This one means a lot because it came from nothing,” Viktum says. “My relationship with Boogieman didn’t happen till after this record. My buddy Screwtape was the one who linked me with Boogieman and that song became my favorite on the record.”

Viktum is excited for the public to hear the record now that it has been released. He played it for friends last week at a listening party, and he says it felt good to show them what he’s been working on for a year, and why they haven’t seen him at parties. “This feels like my first record. My heart and soul is completely in this one and I’ve never worked harder on a record,” he says. “This was supposed to happen.”