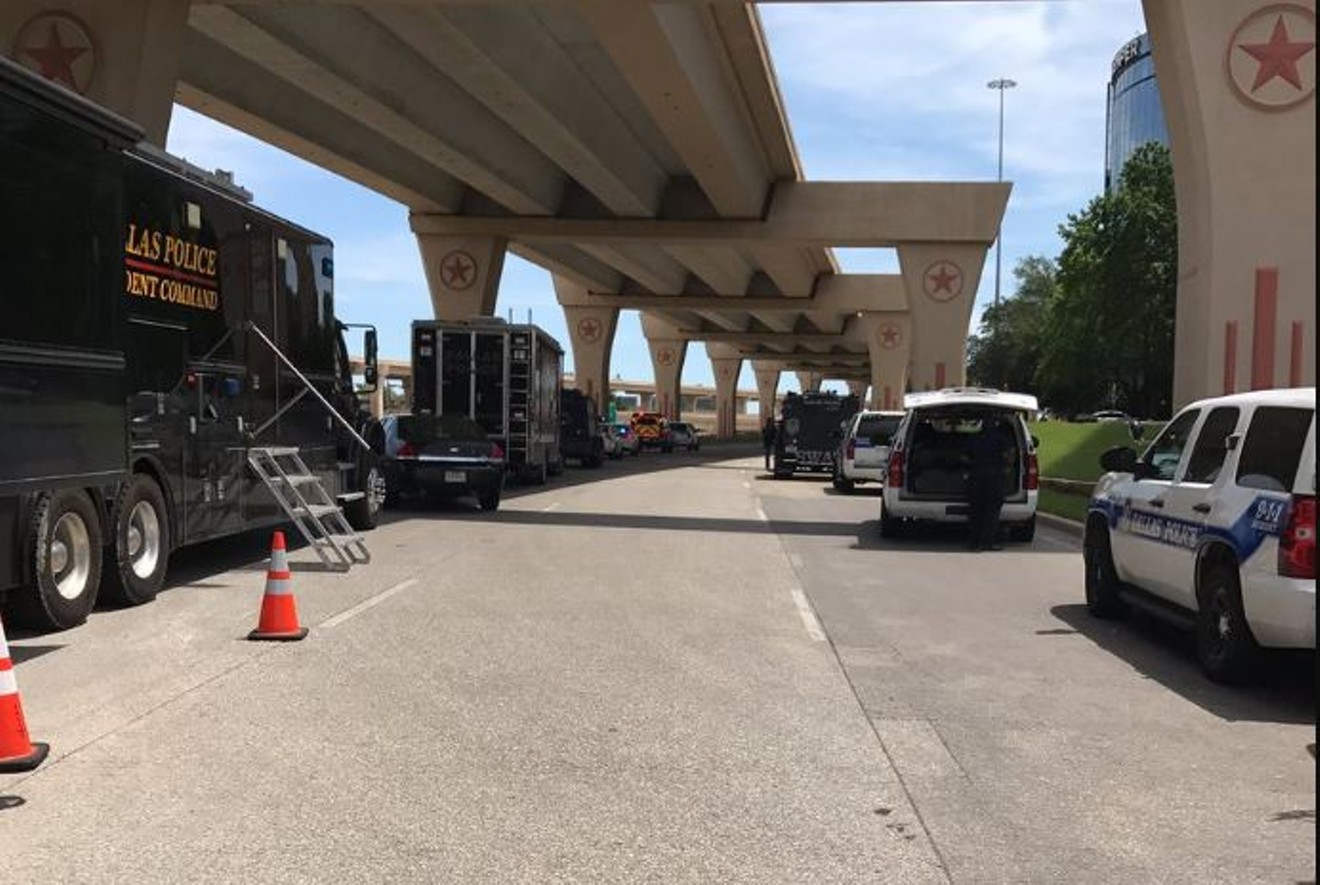 DPD vehicles at the scene of Lana Canada's murder. Dallas Police Department
The rash of murder-suicides that swept DFW started last Monday morning in a Lake Highlands office tower near the High Five. Matthew Kempf, 60, stormed into the office building anger that he lost his job at Dignity Team Health. According to police, he shot former coworker Lana Canada, 48. Canada's husband would later tell reporters that the gunman felt she had received an undeserved promotion.

After he killed Canada, police say, Kempf shot himself.

Over the last 11 days, area police reported four other murder-suicides, a rash of incidents that is statistically higher than the norm. But despite the prevalence of these crimes, answers and prevention remain elusive.
click to enlarge 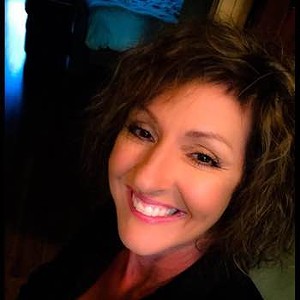 "We do know that homicide-suicide has gotten a lot more frequent. There used to be like just a few hundred cases back in the '80s and '90s as far as we know, but now we're up over a thousand," Wayne State University professor and violence researcher Steven Stack tells the Observer. "Something has happened and nobody is really sure exactly why there's been an increase, but there has been a marked increase in suicide. There hasn't been a marked increase in homicides. In fact homicides have gone down nationwide."

In many ways Kempf's is a textbook murder-suicide. Murder-suicides, according to statistics from the Violence Policy Center, are usually committed by middle-aged men. Their victims are often younger women — most often their wife or partner. Often, according to Stack, those who commit murder-suicide have already made up their mind to commit suicide and decide to kill someone else out of a misguided sense of justice.

In Kempf's case, he likely believed he was righting the scales of a wrongful termination and an undeserved promotion. "He didn't want to live," Stack says. "But he wanted to take somebody out who he felt was responsible for his job loss."

The motives of the four other DFW murder-suicides appear to fit the statistical profile. At North Lake College in Irving Wednesday, 21-year-old Adrian Victor Torres shot and killed 20-year-old Janeera Nickol Gonzalez. The victim's' mother said that the two hadn't dated, but that Torres stalked her daughter before the murder. "He had been stalking her for quite a while, but she didn't make anything of it," she told WFAA.
click to enlarge 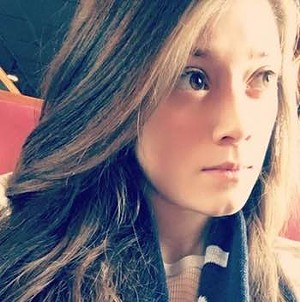 Police found Torres, dead from a self-inflicted gunshot, in a locker room stall in the building next to the one in which he killed Gonzalez.

According to Stack, murder-suicides sometimes result from killers who may not be suicidal but panic when the police surround them. "Sometimes people are frantic, they're afraid that they'll go to jail for life for a robbery or who knows what, or if they're on probation already, it can add a lot to their sentence," Stack says. "There are cases where people kill themselves when they're cornered."

Monday night in Fort Worth, according to Fort Worth police, David Bailey, 45, shot and killed his wife, Leslie Bailey, 43, as she sat in the parking lot at Ridgmar Mall. Bailey fled the scene, and police spotted him in Central Texas. After being forced to slow down by cops outside of Temple, Bailey shot himself.

Also on Monday, in Old East Dallas, 36-year-old Derick Brown shot and killed his 67-year-old roommate before shooting a neighbor and then a paramedic. Brown also shot at police before retreating into his house. According to the Dallas Police Department, that's where he shot himself.

The true outlier in North Texas' five tragedies happened in southern Dallas Wednesday morning. Wallette Ross, 28, shot and killed her 2-year-old daughter, Hayleigh Fields, before killing herself. Unlike 89 percent of killers who commit suicide, according to the most recent study of murder-suicide data, American Roulette: Murder-Suicide in the United States, Ross was a woman.

Unlike 72 percent of murder-suicides, Ross didn't kill her intimate partner. She did however kill her child. In the first half of 2014, the period measured by the study, 617 people died in murder-suicides, and 45 of those victims were younger than 18.

Similar data does not exist with regard to murders followed by suicides. What is clear is that this cluster is strange and noteworthy. Even if the crimes represent a random bump, the United States only sees 1,000 people a year killed as part of murder-suicides. DFW alone saw 10 people die in murder-suicides just this week. That's a distinction the area could happily do without.