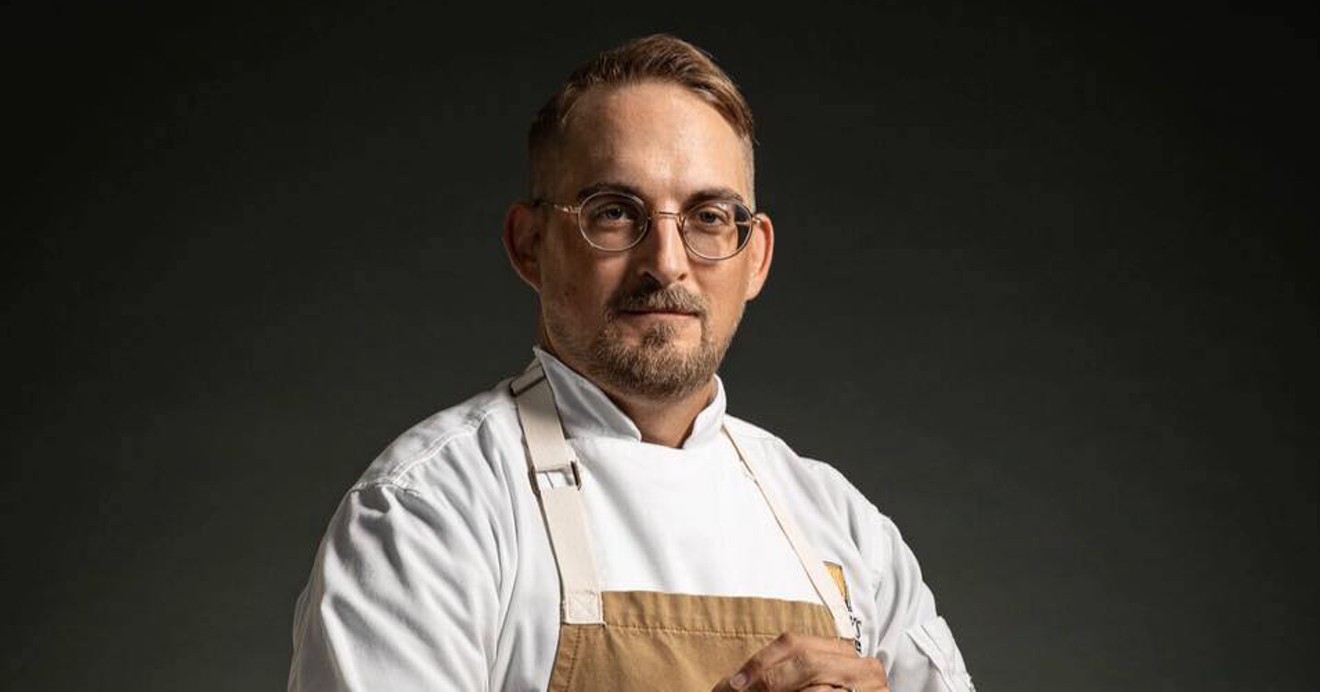 Now, Freidline has broken away from the landmark of a restaurant — for personal reasons, to get some personal time and possibly find a new voice in his cooking.

“I'm excited. I think it was just time for me to move on, to kind of spread my wings and do some other things,” the 35-year-old says. “I’m going to do some pop-ups, one with Petra and the Beast and probably some farm dinners out of Profound [Microfarms] and just kind of exploring other options that are out there.”

It’s a time of transition, of course. Freidline will remain based out of Dallas without a permanent restaurant for now. He’s unsurprisingly received a number of calls for work, but he’s sticking to staying on his own for a while, as an opportunity to see what he’ll produce outside of an established brick-and-mortar.

“I think you'll find kind of a contemporary American theme down in there somewhere [in the pop-ups]. You'll find a lot of other fun stuff, fermented things and pickled things. I love doing the flavor contrast and texture contrast, whatever we can get locally,” he says. “I like it when I call Demases Farm or Profound, and I’m like, 'What do you have?’ and they say, 'This is it,' then I’m going to create it out of that. It’s fun for me to build a dish out of that.”

Freidline had worked at Sevy’s for four years after working as the executive chef of The Ranch House At Choctaw.

“I moved to that exotic animal ranch; it was crazy, I just up and moved to Sherman,” he says of that time.

He returned to Dallas working at Sevy's, a connection he got from a former employer, Richard Chamberlain. At Sevy’s, he grew as a chef to find a love on the business side, he says.

“Chef Sevy is an amazing organizer. He really, really taught me how to absolutely organize yourself to the minute or to the point that you're overly efficient, and I love that,” he says. “I had that chef in me, of course, but I didn’t have enough of that structure yet. I was able to create and make dishes, but he was able to really teach me how to order properly with big dinners, multiple courses and not overspend.”

The two split amicably, Freidline says, and now he’s focused on what’s next for himself. Meanwhile, chef Sevy will take over in the kitchen again. My mother will still have her usual table, and surely the restaurant will maintain the status quo it has had for so long.

While it does that, we wait to see what chef Freidline will make out of his next steps.

He says the best way to do that for now (as plans are still in the making for upcoming events) is to watch his Instagram.
KEEP THE DALLAS OBSERVER FREE... Since we started the Dallas Observer, it has been defined as the free, independent voice of Dallas, and we'd like to keep it that way. With local media under siege, it's more important than ever for us to rally support behind funding our local journalism. You can help by participating in our "I Support" program, allowing us to keep offering readers access to our incisive coverage of local news, food and culture with no paywalls.
Make a one-time donation today for as little as $1.