Clark's Outpost In Tioga Rebuilt After Burning Down, But the Barbecue Just Isn't the Same 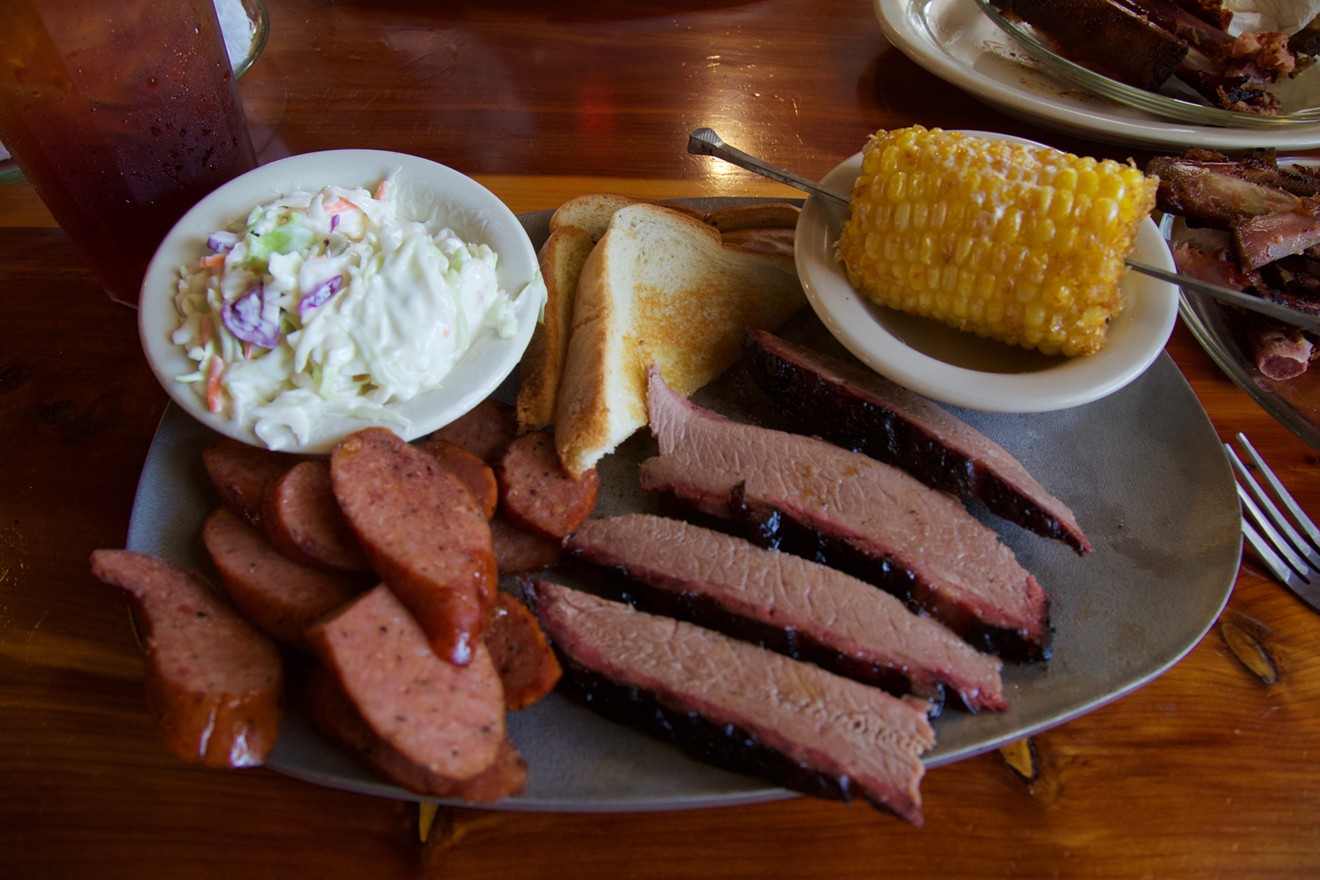 Clark's sausage and slaw aren't too shabby, but the brisket is not how we remember it. Chris Wolfgang
Memories are funny things. They say our strongest memories, good or bad, are the ones accompanied by powerful emotions. But over time, nostalgia creeps in and alters how we remember things, burnishing the good parts while pushing the bad ones into the shadows.

We were certainly feeling nostalgic in early 2016 when we put together a list of our favorite barbecue joints of north DFW. That nostalgia was strong for a longtime resident of the area's northern reaches, Clark's Outpost, which had recently caught fire and burned to the ground. We waxed poetic about the three-day smoked brisket that brought everyone from Dean Fearing to Julia Child to the tiny town of Tioga for a taste. We heard from several readers who had their own Clark's memories, and we wished for a speedy reopening. Almost 18 months later, we got wind that Clark's was in fact back in business, so we trekked north to see how well our memories would hold up. 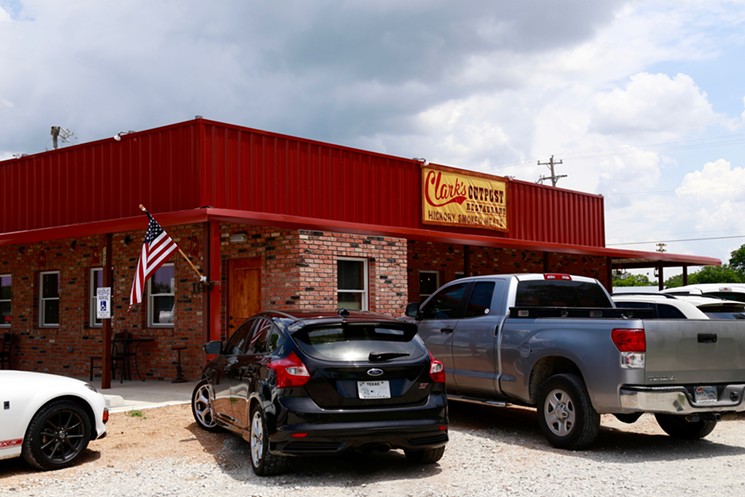 Many of the bricks for the new Clark's Outpost building were salvaged from the charred debris of the original structure.
Chris Wolfgang
The new version of Clark's has us wondering if our food memories are an unreliable narrator of days gone by because the barbecue doesn't shine like it once did. What does shine is the new building, which was doing a brisk business when we visited shortly after the opening. With the original 120-year-old building all but lost after the fire, owner James Hilliard went to great lengths to salvage what he could from the debris, rebuilding with bricks from the original structure.

"We can't have our old building back, but we can have the characteristics with us, and these bricks have been thoroughly smoked," Hilliard told the area's KTEN-TV (Channel 10) just before the reopening. 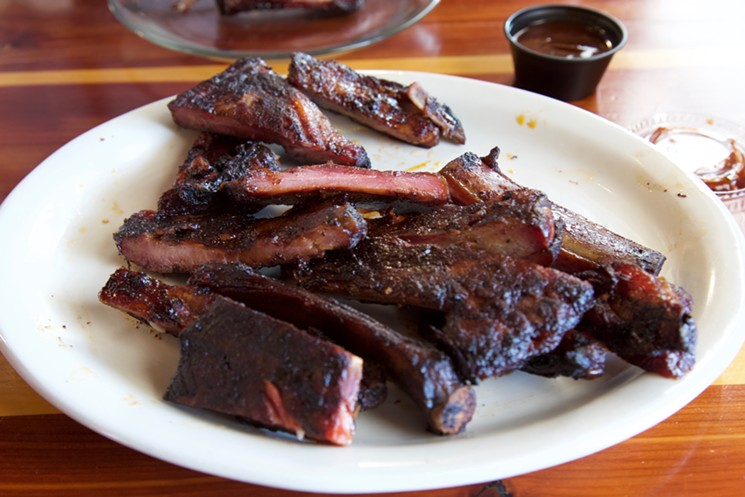 Rib ends are a smoky gem at Clark's in Tioga.
Chris Wolfgang
The menu claims to be temporary and includes a heartfelt missive from Hilliard and his team, asking for patience while they get used to the new space. They said they're fully aware of the memories that longtime patrons have of the place.

The meats we tried were not as good as we remember. We sampled the rib ends ($9), which were well smoked and flavorful, but came away less impressed with our plate of brisket and sausage ($16). The lean brisket slices looked good but bordered on dry and lacked much in the way of smoke flavor. The sausage was Polish style with decent flavor, but the "deep-fried corn" was a bland disappointment.

We're glad to see that Clark's has rebuilt, and Hilliard, his wife, Kim, and their longtime employees deserve all of the credit for raising the establishment out of the ashes. Perhaps some more time getting used to the new setting will bring the food back to what we remember.