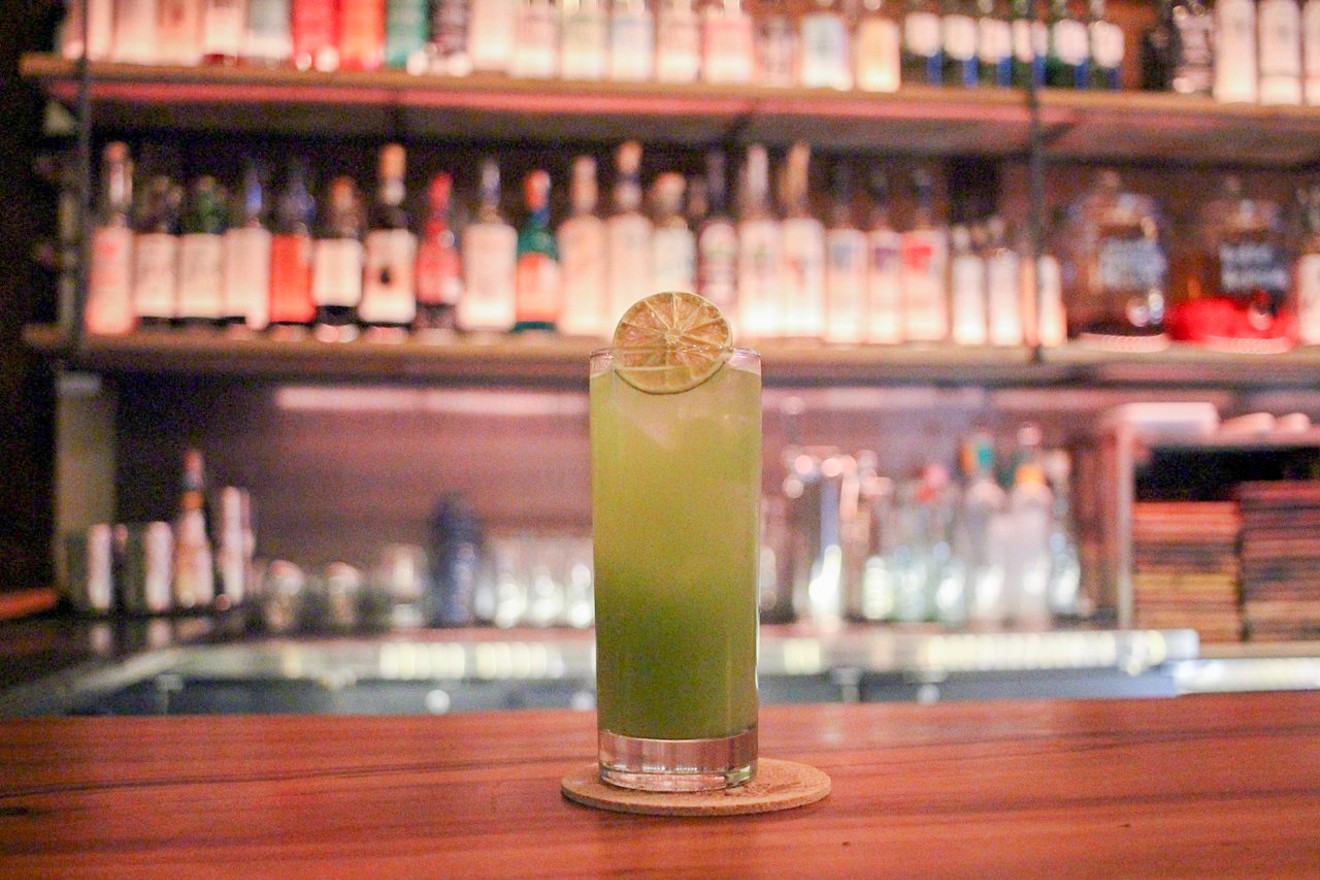 Don’t let the color fool you ... this drink packs a punch. Susie Oszustowicz
We named Las Almas Rotas, a self-described "shrine to the spirits of Mexico," our favorite place to get a margarita in 2019, and they continue to impress us by giving us more spirited findings from our neighbors to the south.

They've made some new hires, and their new bar manager, Reid Lewis, is helping them up their cocktail game (even more) with a new menu launched last week.

We popped in to see what the (mezcal) buzz was about, and we found some great, great things waiting for us. Our favorite, without question, was the nectar de nopales.

This cocktail is made with sotol, a spirit distilled from the desert spoon plant, also called sotol plant. This spiky plant has a giant stalk coming from the center that flowers, and they can be found in Northern Mexico, New Mexico and parts of Texas.

You've no doubt seen one of these agave-looking plants on a Texas road trip and, if someone pointed it out, you'd probably say, "Oh, that's what that is."

To stick with the theme, they paired this spirit with nopales (cactus) and cucumber, which gives this drink a wildly earthy-yet-refreshing flavor they punch up with serrano pepper and round out with bright lime juice and a touch of Topo. We'll be craving this cocktail well into the summer.


Las Almas Rotas, 3615 Parry Ave. (South Dallas/Fair Park)
KEEP THE DALLAS OBSERVER FREE... Since we started the Dallas Observer, it has been defined as the free, independent voice of Dallas, and we'd like to keep it that way. With local media under siege, it's more important than ever for us to rally support behind funding our local journalism. You can help by participating in our "I Support" program, allowing us to keep offering readers access to our incisive coverage of local news, food and culture with no paywalls.
Make a one-time donation today for as little as $1.
Susie Oszustowicz
Contact: Susie Oszustowicz