At Colossal Sandwich Shop, the Beauty Is in the Small Details 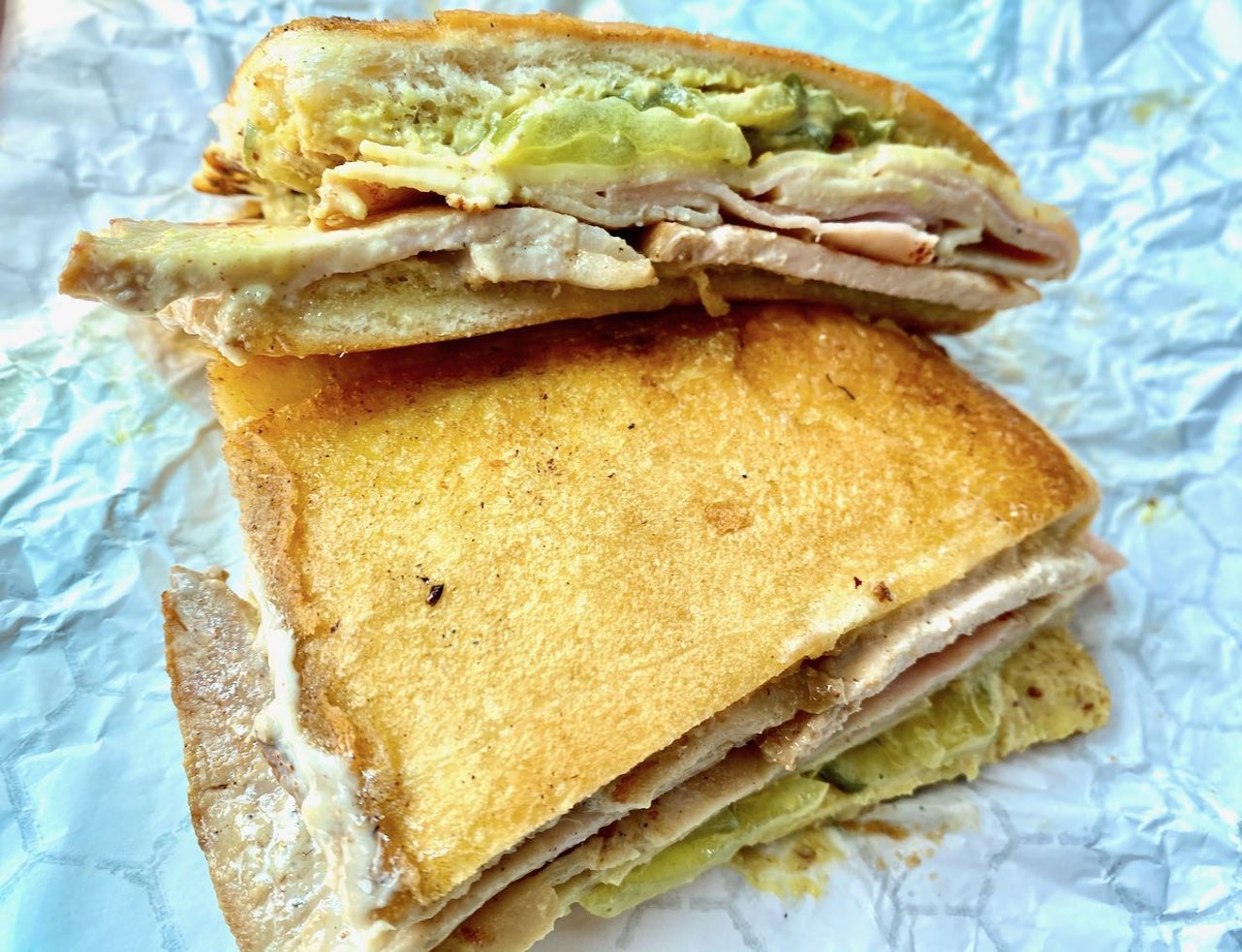 That bread gets a workout trying to contain the Puerto Rican Tripleta at Colossal Sandwich Shop. Lauren Drewes Daniels

Every day is a good day for a proper sandwich. No matter how complicated and soul-killing life can get, a sandwich … well, let’s just say sandwiches are super nice.

Terry Duncan and Jonathan “Jono” Merrill are the duo behind The Colossal Sandwich Shop in Bedford. They were classmates at both Arlington High School and at the culinary program at Dallas College El Centro Campus.

“After training, we went our separate ways. Jono went to the East Coast, and I went to the West Coast,” Duncan says.

While working in kitchens around the country, they were both taking notes, hoping to eventually come back to Texas and open a place of their own. In 2018 they got a tiny (300-square-foot) walk-up spot close to their current location. They honed their skills in making hard-to-forget sandwiches with from-scratch everything. And so far, it appears their plan has worked.

“We scraped together what little bit of cash we could muster and opened up the Colossal Sandwich Shop with no loans or investors. We were literally buying our groceries daily with the previous day’s sales and had our oldest sons working tirelessly and with very little compensation,” Duncan says.

The corned beef Rueben is made with a housemade bacon-caraway sauerkraut smothered with Colossal Sauce and melted Swiss cheese on buttered marble rye.
courtesy of Colossal Sandwich Shop
They quickly grew out of the original space. Thanks to a loyal customer and a third investor, this year they expanded to their current location, a corner spot at the end of a strip mall at Texas 183 and Bedford Road.

Despite the name, which may imply a go-big-or-go-home approach to sizing, the Puerto Rican Tripleta is reasonable in size. Sliced pork loin, ham, turkey and pickles are smothered in melted Swiss, housemade mustard sauce and mayonnaise. The cast-iron, hand-pressed French bread has just enough strength to hold it all together. It’s a tad messy and completely delicious.

The housemade jalapeño relish.
Lauren Drewes Daniels
Merrill says the Cubano is their most popular sandwich. The spice-rubbed pork is braised days ahead of time, and is stacked with ham, Swiss, pickles and mustard.

If you’re feeling especially gastronomically ambitious, you can saunter up to the counter and request the “colossal challenge," which is a 36-inch Cubano or grinder. Win or flop, you get a shirt and a picture on the wall.

Their gooey grilled cheese with herbed cheese spread (housemade, of course), cheddar, provolone and roasted vegetables has me looking forward to the first cold snap. There’s also an option with bacon and tomatoes. Come on, cold front!

While I was there, a customer asked for an extra side of the bright green jalepeño relish, and I discovered a small plastic cup of it in my to-go bag. A dollop on each bite added a flavorful burst of heat. Merrill says it's so popular they're jarring and selling it and recently contracted with an outside source to produce large quantities.

They also offer a breakfast menu that includes burritos, sandwiches and a colossal "potatoes O'Brian" (usually "O'Brien," this is a plate of fried potatoes with peppers).

Given the attention to detail, more creative sides (such as housemade chips) would set this place over the top. With the flavors in every bite from mustard to meat, anything packaged feels out of place. And this serves as a compliment, not a swipe.

Merrill says they hope to expand to a handful of locations across North Texas within the next five years. Yes, the food landscape is already busy, but there’s always room for another good sandwich.

Colossal Sandwich Shop, 1220 Airport Freeway, No, J, Bedford. Open 7 a.m. to 8 p.m. Monday through Thursday; 7 a.m. to 9 p.m. Friday and Saturday; and 7 a.m. to 7 p.m. Sunday.
KEEP THE DALLAS OBSERVER FREE... Since we started the Dallas Observer, it has been defined as the free, independent voice of Dallas, and we'd like to keep it that way. With local media under siege, it's more important than ever for us to rally support behind funding our local journalism. You can help by participating in our "I Support" program, allowing us to keep offering readers access to our incisive coverage of local news, food and culture with no paywalls.
Make a one-time donation today for as little as $1.