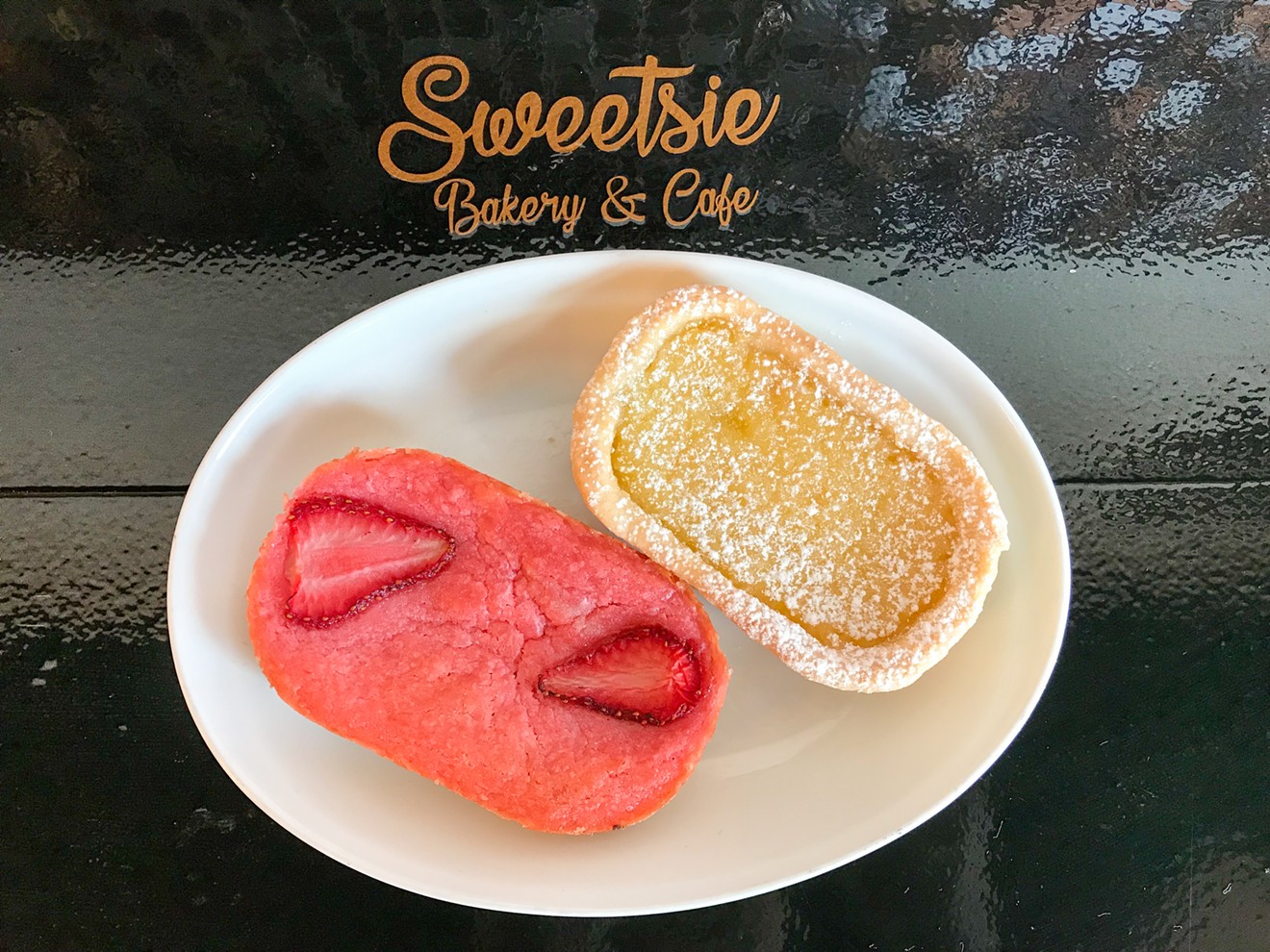 Sweetsie offers an oblong-shaped cookie, soft in the middle with a crunchy crust around the rim. Dalila Thomas
Budget Bites is a series that looks for the best food and drink deals at restaurants in Dallas-Fort Worth — because being on a budget doesn't mean you can't eat out in a city like Dallas.

Cookies, pies, sandwiches and salads are all things you’d expect from a café. But forget about the norm at Sweetsie Bakery and Cafe in DeSoto.

Aside from the classics, it’s the egg rolls that are making heads turn and mouths water, with prices to lure in the faintest of wallets.

Before we talk about the egg rolls, let’s start with dessert.

Aside from the personal-size pies and hand-rolled ice cream, Sweetsie offers an oblong-shaped cookie, soft in the middle with a crunchy crust around the rim ($2.50). Flavors such as strawberry shortcake and cobbler make them that much more fun to explore.

But what's really exciting are those egg rolls. They're $3 each or $9.95 for a meal, which comes with three egg rolls, chips or fries and a drink. While $3 would be steep for your average egg roll, these are anything but typical.

The highlight at Sweetsie is actually the egg rolls.
Dalila Thomas
Sweetsie is serving a slew of the savory handhelds — from Philly cheesesteak to buffalo chicken. There's also the soul roll, which is filled with smoked brisket, barbecue cabbage, hot honey-smoked collard greens and paired with a housemade honey-Sriracha sauce.

“The matriarch of the family — the grandmother — she used to make the egg rolls using leftovers to try to get the kids to eat them,” says Brittney Seals, executive director of Sweetsie. “Other kids from the neighborhood would even come eat them. She wasn’t making the exact combinations we’re doing now, but that’s where the concept came from.”

There's also a vegan egg roll on the menu, the V-greens and cornbread, which is filled with smoked collard greens, cornbread fried cabbage, garlic Alfredo and chile-mango bacon and paired with a homemade French dressing.

“I don’t know where else you can go to get the kind of rolls we make.”

Aside from providing the community with food, Seals explains the restaurant is also about providing a space for organizations to gather.

“We try and have an open-door policy as far as working with different members of the community,” Seals says. “We really wanted to provide something new, and something nice for the community.”

Sweetsie Bakery and Cafe, 921 W. Belt Line Road, Suite 112, DeSoto. 972-217-3203. Open 11 a.m.-8 p.m. daily.
KEEP THE DALLAS OBSERVER FREE... Since we started the Dallas Observer, it has been defined as the free, independent voice of Dallas, and we'd like to keep it that way. With local media under siege, it's more important than ever for us to rally support behind funding our local journalism. You can help by participating in our "I Support" program, allowing us to keep offering readers access to our incisive coverage of local news, food and culture with no paywalls.
Make a one-time donation today for as little as $1.
Dalila Thomas
Contact: Dalila Thomas