Five Food- and Beer-Centric Ways to Celebrate 4/20 in North Texas, Where Weed is Still Illegal 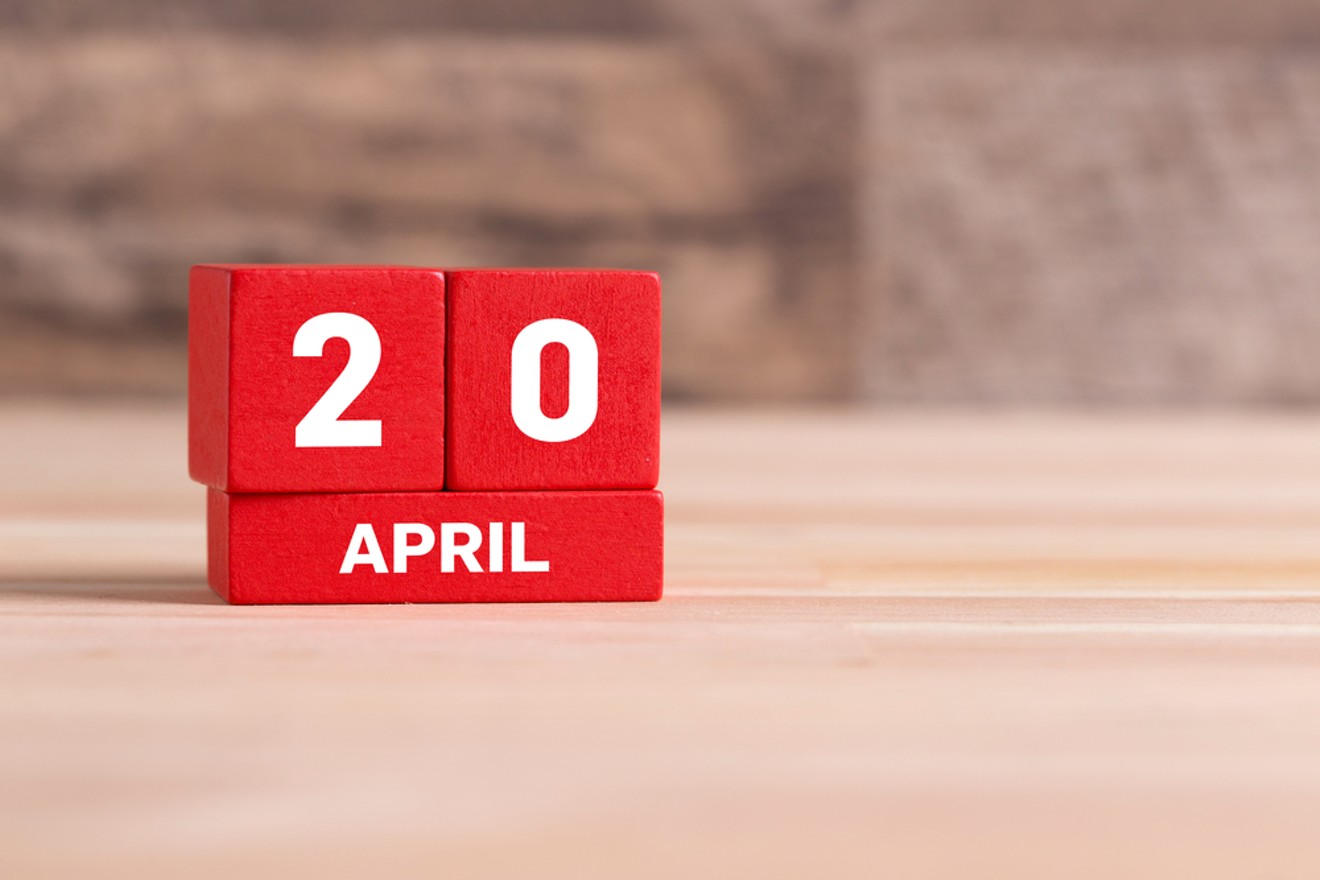 Weed may still be illegal, but 4/20 has become a de facto cultural holiday in the U.S., and a few Dallas restaurants are getting in on the festivities. Shutterstock
Marijuana is still very much illegal in Texas, even though municipalities like Dallas are moving forward with policies like the city's new cite-and-release program, which means that, starting Oct. 1, "anyone caught with less than 4 ounces of marijuana in the portion of the city of Dallas that lies within Dallas County will get a ticket for possession, rather than being arrested," Stephen Young writes.

Even in places where weed is still illegal, 4/20 has become a bonafide pop cultural holiday, and Dallas bars and restaurants are getting in on the festivities. You won't find any weed at any of these events, but you will have ample opportunity to crack a stoner joke or 30.

On Thursday afternoon, Braindead Brewing is smoking a fatty.

By fatty, of course, they mean a whole hog from South Texas Heritage Pork, which will be smoked with Avery Brewing Barrel staves and marinated in Avery Hog Heaven marinade. Braindead will also be serving up a group of "leaf-themed beers" – Sweetwater 4/20 EPA, Oskar Blues Hot Box, Stone Enjoy By 4/20, Sixpoint Puff and Buffalo Bayou Wake & Bake, among others.

Braindead will also sell their annual limited-edition "leaf shirts," which always sell out. You won't get stoned at this event, but you may feel a little high after treating yourself to an expertly smoked, humanely raised Texas hog.

What it be: Braindead's Smokin' a Fatty


It's surprising more events aren't dedicated to lupulin – surprising because lupulin is the active ingredient in hops, making it perhaps one of the finest plant-parts Mother Nature ever produced. Finally, this bitter yellow gland is getting the credit it deserves at Noble Rey Brewing's Lupulin Fest. The fest will offer a host of guest IPAs and pale ales, including Collective's Brett Samashy, Bells' Am I Right or Amarillo, BrainDead's Red IPA and Lakewood's Goatman, to name a few.


There are beer dinners and then there is the Libertine's beer dinner. With the help of Lakewood Brewing Co. and chef Roe DiLeo's fun five-course menu, this is one meal you likely won't forget (unless the paired beers hit you a little hard). Offerings include egg rolls served with harissa and pickled slaw, Flamin' Hot Frito pie and a dessert course that includes bacon wrapped Oreos. Reservations are required and may be made by calling 214-824-7900. The cost is $60 per person.

What it be: Lakewood 4/20 Beer Dinner

If you're high up in The Colony (puns!), head to Dallas Craft Co., where Deep Ellum Brewing Co. will celebrate the release of their new American barleywine Numb Comfort and the hoppy goodness that is DEBC's IPA. The brewery will be in the bar passing out goodies, and you'll get a free glass with purchase of Numb Comfort or the IPA. Admission is free.

It's no news to beer fans that hops look a lot like their close relative, weed. Hops don't get you high, but in smell, taste and appearance, they often feel just about as dank. Dallas Draft Co. in Denton is celebrating hops this 4/20 with heady IPAs from Lagunitas Brewing Co, Odell Breckenridge Brewery, Audacity Brew House and more. There will be samples aplenty, so come thirsty.