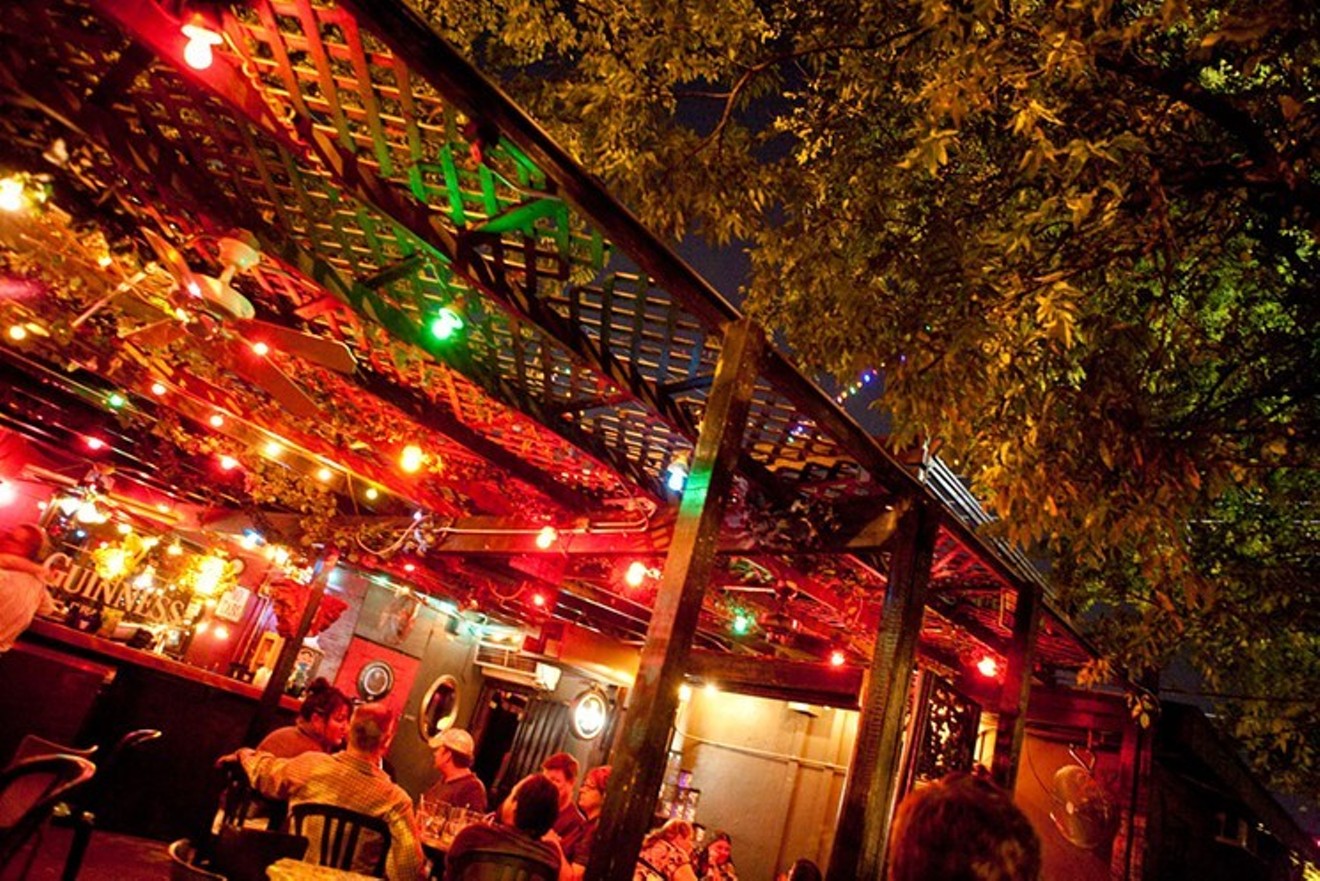 The once-busy patio of The Grapevine Bar Sara Kerens
When restaurants and drinking establishments were forced to close their dining rooms and bars due to the spread of the COVID-19 pandemic in March, part of Texas' disaster proclamation allowed restaurants to sell alcohol to-go. It was a huge break for them.

Margaritas and quarantine survival kits with bottles of booze were photographed in their Sunday best and posted on Facebook pages. As we reported last week, places such as Rusty Taco said that financial benefits of being able to sell booze to go was a game-changer; the accompanying food orders allowed them to hire back employees who had been furloughed.

But, bars — establishments that earn 51% of their profits from the sale of liquor — are not allowed to sell anything for takeout or to go. They simply had to shutter. Some of Dallas’ most revered dive bars, such as Lee Harvey’s, The Grapevine, Tradewinds Social Club, Ship's Lounge, were not granted permission to sell drinks to go in any form, not even to deplete inventories.

“To-go cocktails would have been unbelievably helpful, to be able to have some revenue off of existing inventory would have given us a solid, steady income during these past months,” co-owner of The Grapevine Bar Michelle Honea says. “And we were denied permission to do that over and over again.”

“We welcome a chance to reopen. Sooner the better for us." – Justin DiBernardo, Tradewinds Social Club


However, Timm Zbylut, the general manager at Lee Harvey’s, used the down time to update his place and didn’t see much value in selling drinks to go.

“It would not have been a financially beneficial concept to open up Lee Harvey’s to sell to-go drinks or to-go food orders,” Zbylut says, “In collaboration with other bar owners that did open up to serve to-go orders, Lee Harvey’s determined that it was the right decision to remain closed.”

Justin DiBernardo, general manager of Tradewinds Social Club, partnered with Mayhem BBQ and Catering during the shut down and held a weekly food and beer pop-up. He said it allowed them to sell through most of their inventory and gave them a chance to chat with some regulars. They also sold merchandise and “Corona Bucks" for future use.

And now that Texas is reopening in phases, the Texas Bar and Nightclub Alliance is pushing for a gradual reopening of drinking establishments.

In a press release issued Friday, May 8, they’re asking Gov. Abbott to allow bars to have a soft-opening May 15. They then proposed bars be able to open at 50% capacity May 18, followed by full capacity June 1. It's yet to be seen if Gov. Abbott will allow it (we'll update if we hear anything).

Regardless of the state's timeline, Ship's Lounge is taking it week by week. They said management is meeting on a weekly basis trying to decide what’s best to do. 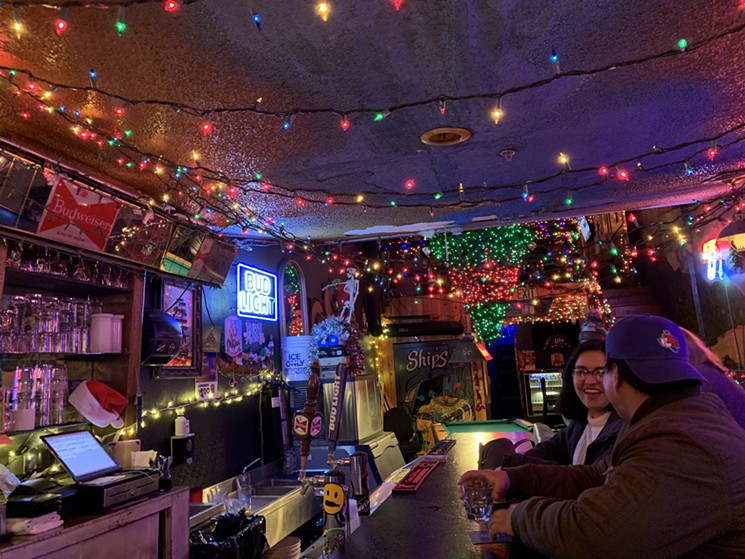 Ship's Lounge on Lowest-Lowest Greenville (at Christmastime)
Taylor Adams
The Goat’s manager Adam Testa says that whether it be a soft opening or opening at 50% capacity, “it would be good to get back to work as soon as possible, provided the safety of our patrons and staff can be met and maintained in a reasonable manner.”

“We look forward to getting back to normal and opening up again. We take the safety of our staff and patrons seriously, so we are fine with the soft opening and the other guidelines that are in place for us to get back to business as usual,” Zbylut says.

For Tradewinds Social Club, being a “dive” bar works in their favor.

“We welcome a chance to reopen. Sooner the better for us,” DiBernardo says. “For the most part to hit 50% and above capacity is somewhat uncommon for us. Having "dive bar" status we tend to have more mellow nights than busy ones. Although we're lucky enough to have some big events throughout the month, our customers are for the most part socially distanced.”

The Grapevine Bar is more cautious. Michelle Honea says that 25% capacity makes no sense for them and even at 50%, they question the logistics. She points out that in a restaurant people sit in one place, but in a bar, they mingle.

“How do you manage that and police a constantly fluctuating occupancy?" Honea says. "How do you drink with a mask on? How do you make sure people waiting to get in are practicing social distancing? And how do you do all this with reduced capacity, increased costs and still give our customers the experience they deserve and keep our staff safe?"

Unfortunately, there’s no playbook on bars reopening and socially distancing at places where people go to mostly do the exact opposite. Every bar is faced with its own set of challenges based on space and logistics.

“Our people are too valuable to put at risk over opening a few weeks too early, we've come this far and sacrificed so much already, we can't run the proverbial 90-yard dash and stop just short of the goal,” Honea says. “But if the goal is to open at 50% capacity, next month is when we would be comfortable taking that first step."
KEEP THE DALLAS OBSERVER FREE... Since we started the Dallas Observer, it has been defined as the free, independent voice of Dallas, and we'd like to keep it that way. With local media under siege, it's more important than ever for us to rally support behind funding our local journalism. You can help by participating in our "I Support" program, allowing us to keep offering readers access to our incisive coverage of local news, food and culture with no paywalls.
Make a one-time donation today for as little as $1.