His Last Restaurant Shuttered After Only a Few Weeks, but Chef Eddy T is Trying Again 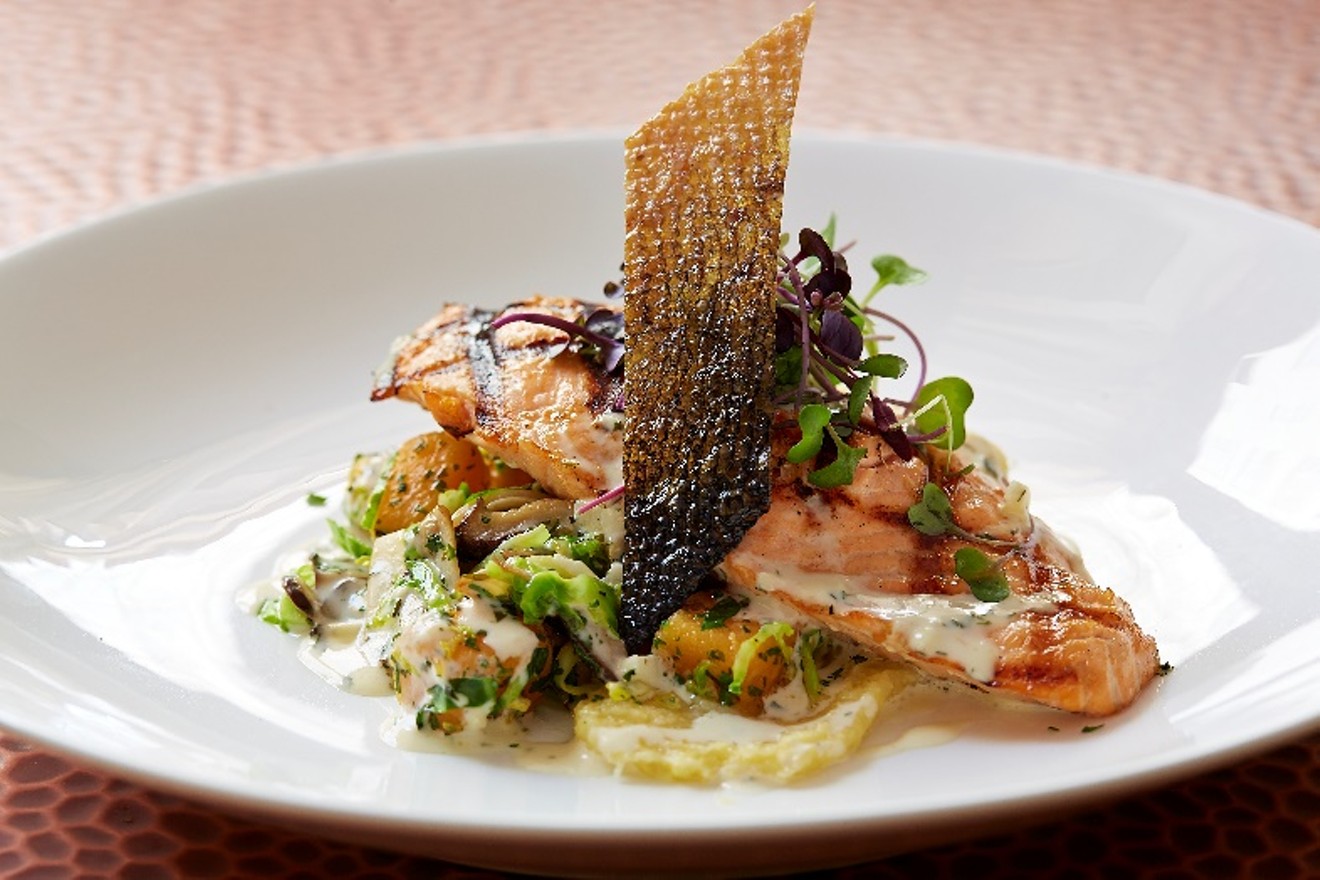 He left his post at Pakpao in 2014 to start his own restaurant, Kin Kin Urban Thai in Fort Worth, eventually opening a second Kin Kin location on Oak Lawn. He eventually closed the Fort Worth location to focus on the Dallas Kin Kin, but that closed after six months. He reconcepted the space and reopened as Bite by Eddy T, serving a modern American menu, but it closed after about three months and Thretipthuangsin left the location behind. We haven't heard much from him since.

"Sai Fine Asian Bistro brings some of Chef Eddy’s most popular culinary creations together with new interpretations of Asian favorites. Guests at Sai begin with a wide array of starters, including decadent lobster wontons, crispy Brussels sprouts or a Thai-inspired calamari. Then, the chef offers two different ways to experience entrees. The ‘Only at Sai’ area of the menu brings back many of Eddy’s most popular entrees, including his Massaman short rib, truffle miso salmon and duck confit. The ‘From the Street’ section showcases street food and typical noodle dishes from various cuisines, including Chef Eddy’s popular pad Thai, Malaysian curry laksa noodles, Peking duck fried rice and yakisoba. Those with a sweet tooth can satisfy cravings with a crispy banana wonton, lemongrass panna cotta or warm apple bread pudding."


The 5,000-square-foot restaurant is currently BYOB and opens at 5 p.m. daily for dinner. Why Colleyville? Thretipthuangsin claims it reminds him of places where he's lived in the past, though the difference in rent between Dallas and Colleyville no doubt played a role.

“Colleyville offers the feel and charm of a small town with all of the smart sophistication of the big city,” Thretipthuangsin said in the press release.