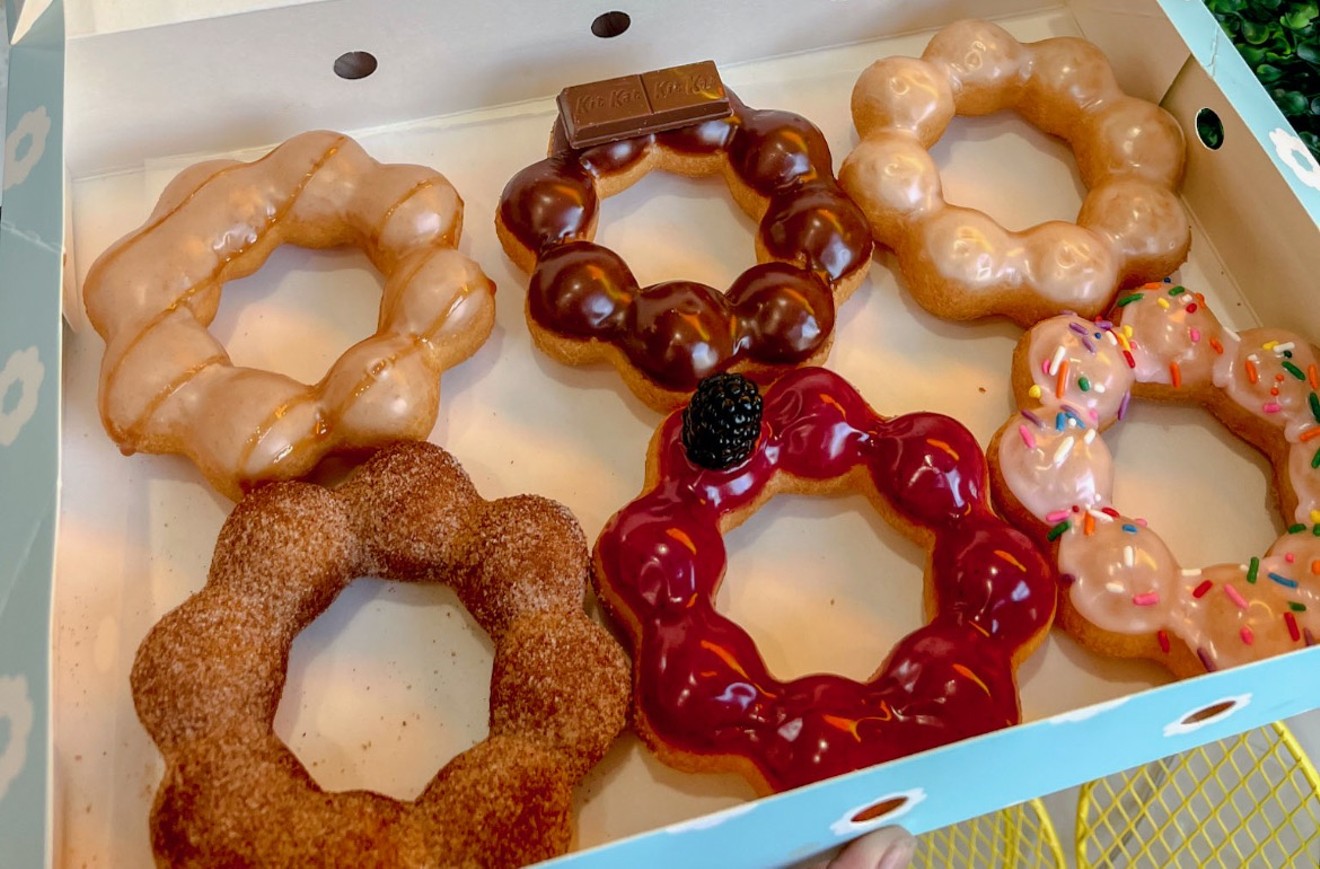 A six-pack from mochinut Anisha Holla
The food scene in America continues to evolve each day, subject to genius influences from different cultures, countries and individual spins on things. Jaewook Ha, founder of Mochinut, a chain that recently opened in Plano, is a perfect example of this ingenuity.

The ‘mochinut’ concept originates in Hawaii and, as its name implies, blends the traditional Japanese mochi snacks into the coveted American doughnut.

Mochi, a common delicacy from Japan, is made with stretchy rice flour and is known for its gratifying texture, giving a nice elastic rebound when bitten into. Deep-fried to a golden brown color, the mochinut has a crisp outer skin. 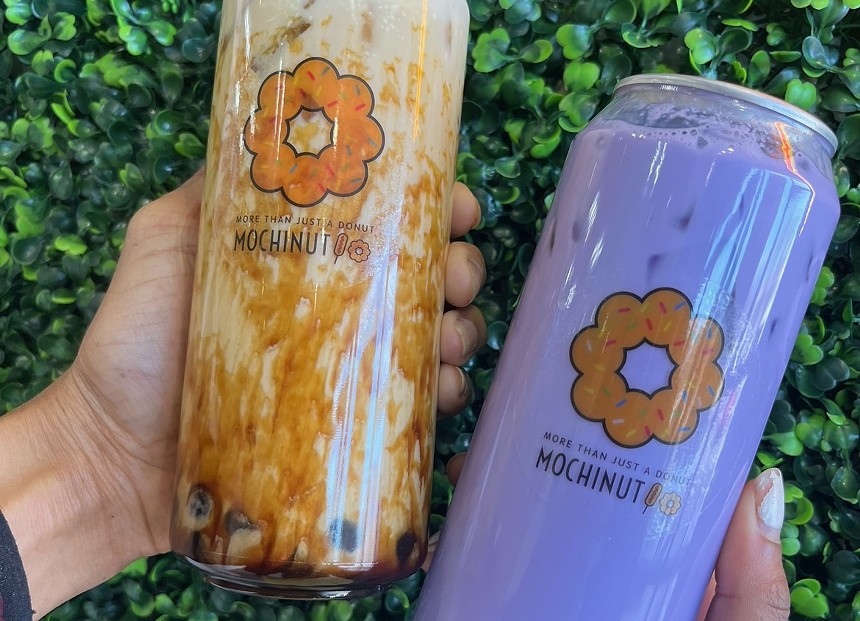 Mochinut also has creamy milk-based teas that are made in-house.
Anisha Holla
Although the outer layer mimics a typical doughnut enough to fool any unassuming doughnut lover, the mochinut hides an unexpectedly chewy core with pockets of air to give it even more of a spongy texture. Unlike the common American doughnut, the mochinut is meant to be chewed on at length, with each bite giving more bounce than the last.

It’s not just the texture of these mochi doughnuts that makes them so popular. The extensive list of flavors on Mochinut’s menu adds yet another dimension to this already-intriguing concept. There are more than 25 rotating flavors on the menu.

Each confection is finished off with a topping and either a glaze or a sugar coating for an extra rush of flavor to an already lightly sweetened dough. Whether you choose to try an Asian-inspired flavor like ube churro —  an ube flavored doughnut rolled in cinnamon sugar — or something more exotic like lychee cream, each provides a mix of textures and flavors.

Mochinut also makes k-dogs, a popular fried Korean street food similar to a corn dog, made with sausage, mozzarella or a combination of both that is rolled crunchy ramen noodles or potato cubes. These Korean street dogs can be dunked in a tangy honey mustard, spicy mayo or ranch.

Wash it all down with housemade creamy milk-based tea that is topped with brown sugar-soaked tapioca balls. They offer typical boba flavors like Thai tea to those more anomalous like ube or matcha.

Mochinut, 3052 Old Denton Road (Carrollton) and 8600 Preston Road (Plano), 11 a.m. to 9 p.m. Monday - Sunday
KEEP THE DALLAS OBSERVER FREE... Since we started the Dallas Observer, it has been defined as the free, independent voice of Dallas, and we'd like to keep it that way. With local media under siege, it's more important than ever for us to rally support behind funding our local journalism. You can help by participating in our "I Support" program, allowing us to keep offering readers access to our incisive coverage of local news, food and culture with no paywalls.
Make a one-time donation today for as little as $1.