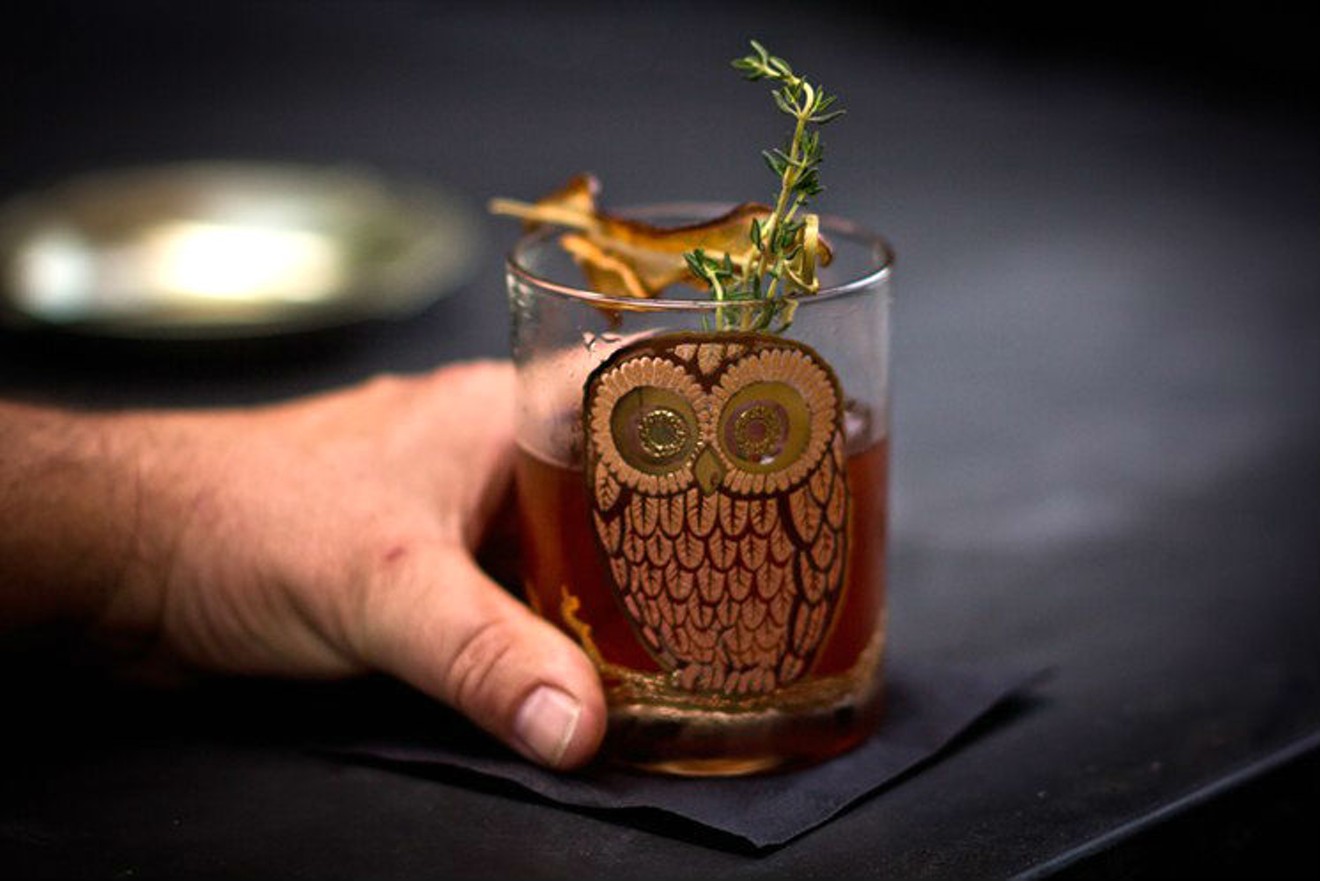 Sometimes cocktails take a dictionary to understand the ingredients, but there's nothing lost in translation with this cocktail. Courtesy of Austin Marc Graf
We've seen some wild ingredients in cocktails lately, and frankly, we're ready for something a little simpler. Enter: a cocktail from Harlowe MXM's cocktail bar, Trick Pony, that only has three ingredients but has a flavor that is anything but simple.

Simple syrup (1:1 water to sugar) is used in quite a few cocktails to add a little extra sweetness. To up the depth of the sweetness, some bartenders use demerara sugar (basically Sugar in the Raw) to make their syrup. Trick Pony went a little further and made a mushroom demerara, and we kind of love the offbeat complexity it brings to this trifecta.

Hurry in for this goody, though, because it's on Trick Pony's current cocktail menu, which is Bill Murray-themed (yes, really). It'll change without notice, so better to check it out early and often.