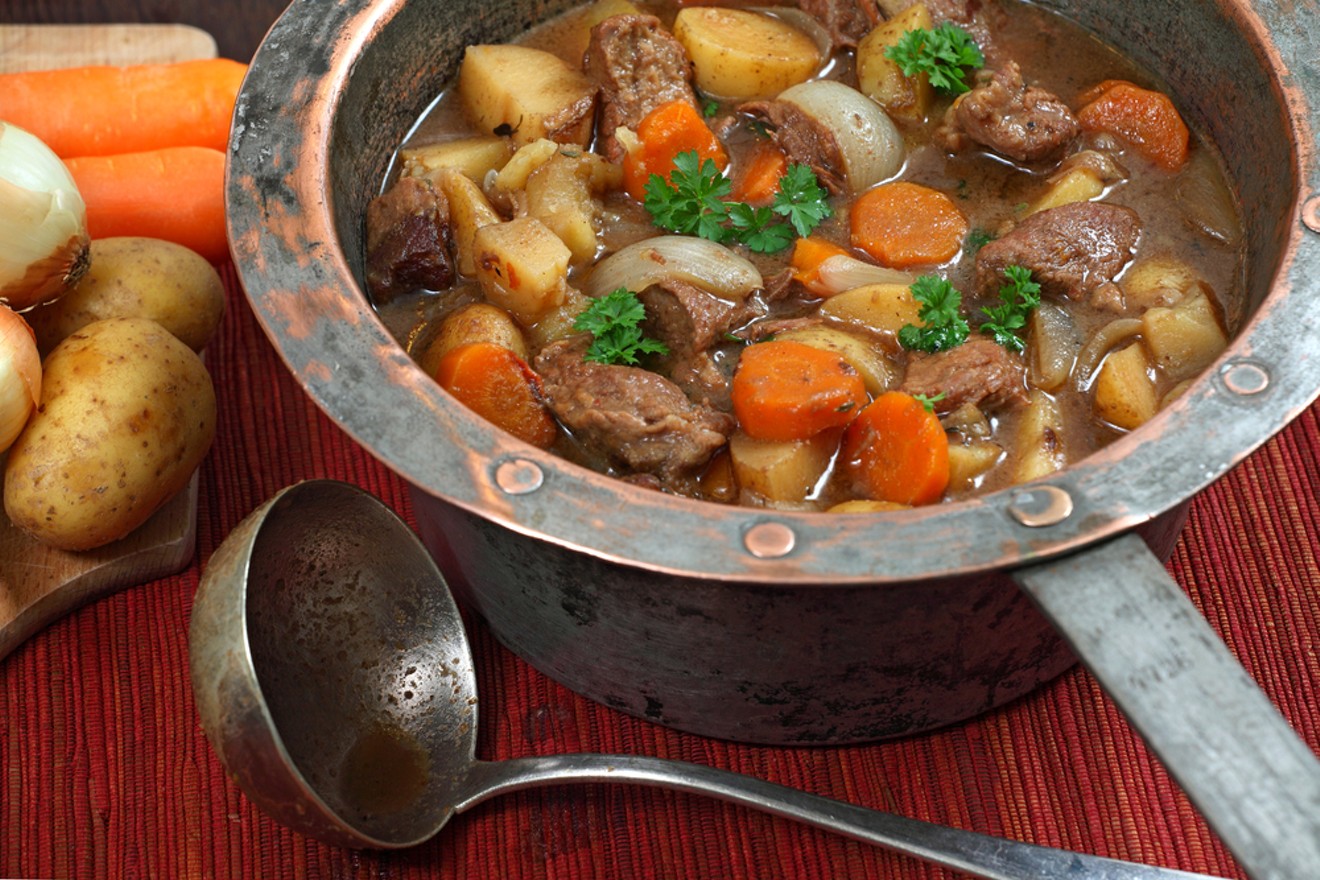 Green beer is amateur hour. This year, try traditional Irish stew and dishes like shepherd's pie. Shutterstock
Before people deck out in green and color their beers for St. Patrick’s Day, visitors to Fair Park will get a taste of Celtic tradition at the North Texas Irish Festival this weekend.

“It’s pretty amazing; no matter what gate you come in, there’s something that can engage you immediately,” says Sheri Bush, entertainment director of the North Texas Irish Festival.

“Most of the vendors come back year after year. They tend to be pretty local, and some of these folks come from way out of town,” says Bush, who is a volunteer with the festival and has worked with the event for 20 years.

“It’s been really great to watch it grow,” she says. “The food is Irish; we also go across many genres. We have traditional Irish stew in a bread bowl that’s really wonderful, I have to say, shepherd’s pie. We even have Fletcher’s corny dogs. It’s not all just fair food. All of it is really good. We’ve worked really hard on that over the years.”

Chef Scott Jones leading an Irish food cooking demo at the 2015 North Texas Irish Festival.
Bud Barlow
There are also chef demonstrations during the weekend. They’ll be in the Women’s Museum, along with plenty of vendors sampling food. Bush has seen the festival succeed in weather ranging from 22 degrees to 80 or 90. It’s looking like Dallas won’t be on either end of that spectrum this time — the forecast calls for highs in the 60s under mostly sunny skies on Friday and a mix of clouds and sun on Saturday and Sunday.

The festival is in its 35th year, functioning mostly from the work of volunteers.

“That’s the coolest thing. We are nearly 100 percent volunteer-driven,” says Bush, who is an MRI technologist when not working the festival. “Most of our volunteers have been with us for years and years. It’s really a family thing. They know what to do.”

Bush also coordinates the music, which covers different types but does have a Celtic foundation, she says. There’s shopping and dancing, and, “You can do some serious eating.”

In addition to some classics (and corn dogs), there are grills, pierogi, crepes, roasted corn and more. And, of course, you’ll find plenty to drink.

“You can’t have an Irish festival without a little Guinness or Harp,” she says.