Vaccine Mandate Leaves a Big Question for Restaurants and Bars: Who Pays? 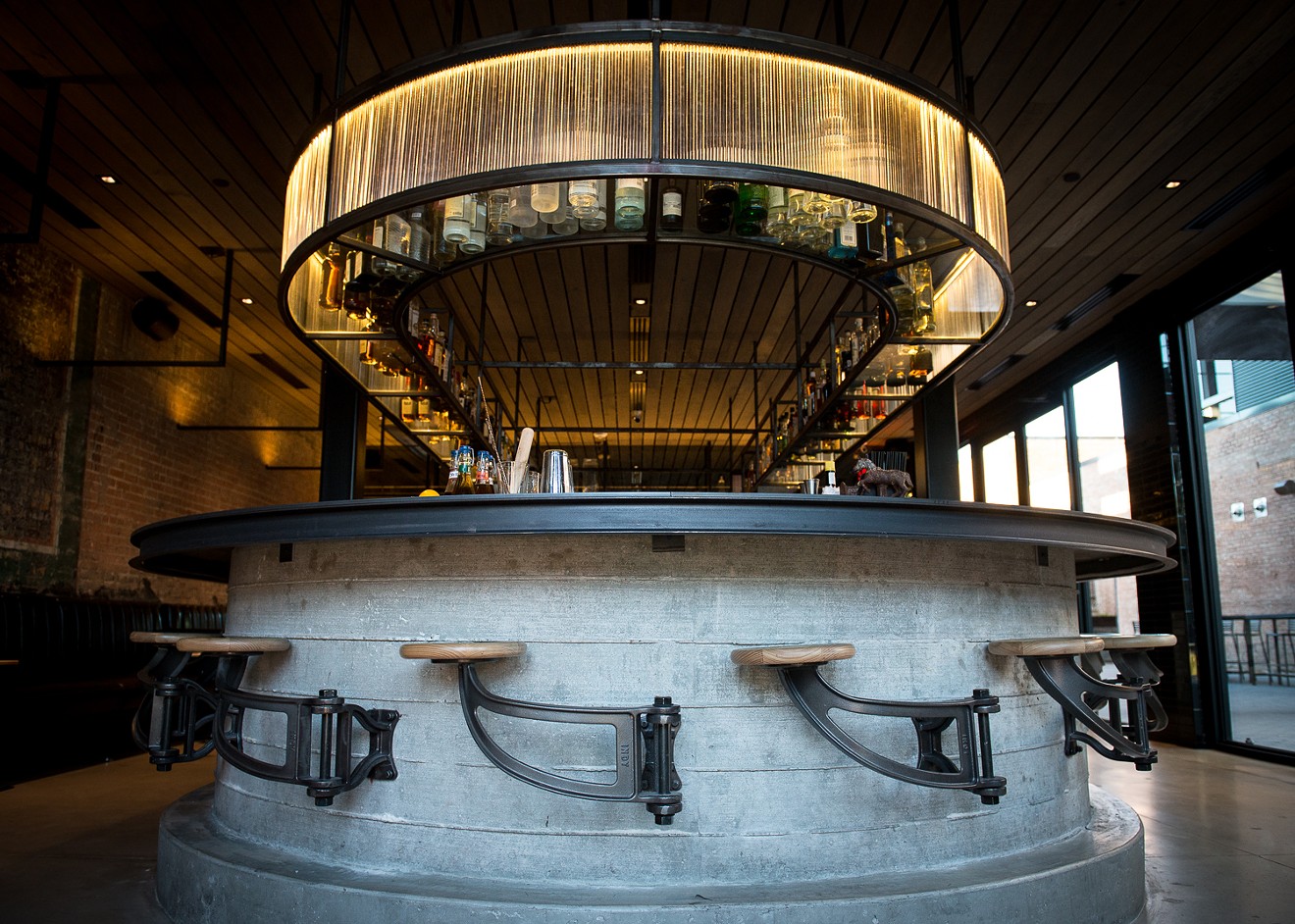 Some restaurants and bars will have to require employees to be vaccinated or get tested weekly. Alison McLean
Since President Joe Biden’s announcement that companies with more than 100 employees must require their workers to be vaccinated for COVID or test unvaccinated employees weekly, there have been more questions than answers. While the idea of ending the pandemic appeals to restaurateurs, particularly after the crushing effects on the industry over the past 18 months, no one seems happy about this new directive.

Questions abound: Are franchises included in the mandate? Who pays for the weekly tests? Who manages the verification and testing process? Will this help or hurt the leisure industry labor shortage? How will diners respond?

Numerous attempts to get comments from restaurateurs were met with silence, but who could blame them? The last thing they need is an irate customer at the hostess stand.

The editors at Nation’s Restaurant News discussed the mandate on a recent podcast, trying to collectively ascertain what it means for the industry. Editor-in-Chief Sam Oches said it’s unfortunate that restaurant leaders have been assigned this enforcement. “This should be something that (…) populations should be galvanized to do this for themselves. We shouldn’t have to expect business owners be the ones who have to enforce this, but it’s just what it’s come to.”


This Saturday the Wall Street Journal reported on prior turbulent efforts to get Americans (and colonists) vaccinated. In 1777 George Washington immunized his troops, by way of variolation — a process in which healthy individuals are exposed under their skin to pus from patients with the disease.

The inoculated would generally get a relatively mild case of the frequently lethal and disfiguring disease, though some would die. Some colonies outlawed the procedure because inoculated patients had a habit of breaking quarantine after exposure, spreading the illness to others. As outbreaks of endemic smallpox threatened to destroy the Continental Army, however, Washington mandated variolation against the will of his troops, and it worked.

Restaurants are certainly looking to finish the year with a strong holiday season. But, sick employees and nervous diners don’t help bottom lines.

Senior editor at NRN, Lisa Jenning, said during their podcast that most people in the industry are pretty optimistic so far about the holidays but added, “I do think vaccinations are a part of that and we’re going to be seeing more requirements for that.”

When asked directly if vaccines are good for business, Dean Stansel, an economist at SMU Cox's Bridwell Institute for Economic Freedom, said they are to the extent that they help end a global pandemic, “Yes, you could say that vaccines are good for business. However, legally requiring private businesses to ensure that their workforce is vaccinated or can produce a weekly negative COVID test would impose new administrative burdens on them that would be bad for their bottom line.”

Who will be tasked with managing the documentation and verification of vaccines? Further, who pays for the tests for non-vaccinated employees?

"The administrative cost of confirming vaccination and weekly negative COVID tests for the unvaccinated would be particularly burdensome for smaller businesses, like restaurants, since they typically don’t have large HR departments that can handle that activity," Stansel said. "Also, since employees would need time off to get vaccines and tests, scheduling would be more complicated, which may be especially problematic at restaurants."

Kelsey Erickson Streufert is the vice president of government relations and advocacy with the Texas Restaurant Association. She says while they share President Biden’s goal of increasing the number of Americans who are fully vaccinated, they have serious worries about how the new mandate will affect Texas restaurants.

Streufert points out that the restaurant industry has taken the lead in many vaccination efforts and will continue to do so because it’s good for public health and for economic recovery.

“At the same time, we must acknowledge the burden the new mandate will likely place on an industry that is already seeing its hard-fought recovery reverse because of a critical labor shortage, food costs that are rising at their fastest rate in seven years, and declining revenue,” Streufert wrote in a statement.

She says this matter is only made worse in that it lands the same month when a tax credit that helps restaurants and other small businesses provide paid leave to employees obtaining a COVID-19 vaccine is set to expire.
KEEP THE DALLAS OBSERVER FREE... Since we started the Dallas Observer, it has been defined as the free, independent voice of Dallas, and we'd like to keep it that way. With local media under siege, it's more important than ever for us to rally support behind funding our local journalism. You can help by participating in our "I Support" program, allowing us to keep offering readers access to our incisive coverage of local news, food and culture with no paywalls.
Make a one-time donation today for as little as $1.