John Tesar's New Steakhouse Is His 'Fuck You to the Rest of the World,' He Says 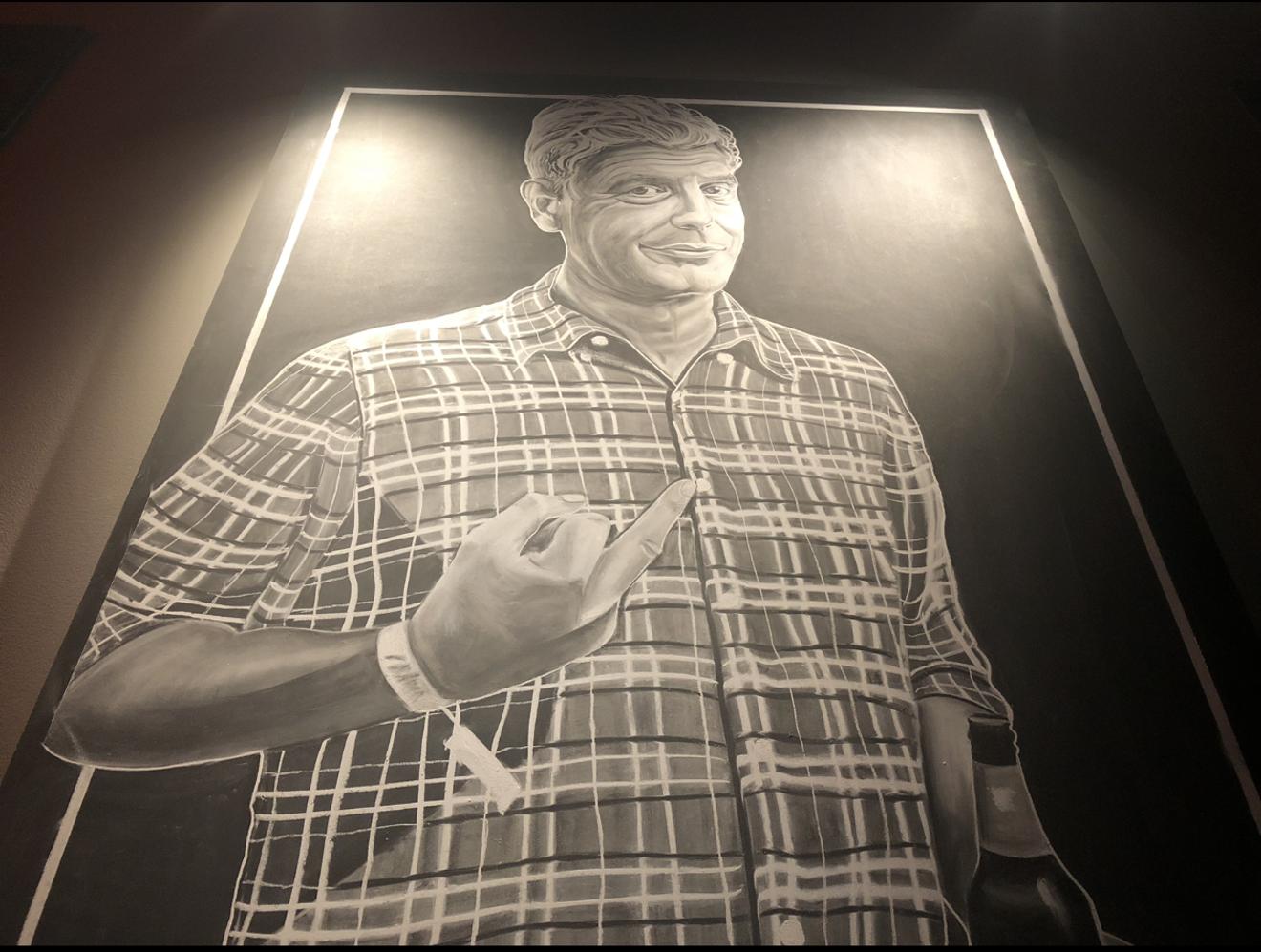 Walk into the new Knife at The Shops at Willow Bend and it's hard not to miss one of John Tesar's inspirations for the new steakhouse: the late Anthony Bourdain. Jacob Vaughn
Chalk depictions of Johnny Cash and Anthony Bourdain giving the finger hang on the walls of a new restaurant at The Shops at Willow Bend, where John Tesar recently opened a new location of his award-winning steakhouse, Knife. It would not be complete without the remnants of individuals who encapsulate what the restaurant has become for Tesar. One thing that's hard to miss: massive artwork of the late Anthony Bourdain and his oft-used middle finger.

“This restaurant is kind of my ‘fuck you’ to the rest of the world,” Tesar says. “I think I can relate to Bourdain and Johnny Cash in the sense that we’ve all had difficulties and dark sides to overcome and now we’ve kind of come into our own.”

It would be both an understatement and an exaggeration to say Tesar and Bourdain were longtime friends. Their relationship was complicated, to say the least. There was a deep-seated competitiveness between them, Tesar says. It was as if an occult hand had reached down to periodically pit the two against each other through the 40-plus years of their relationship. 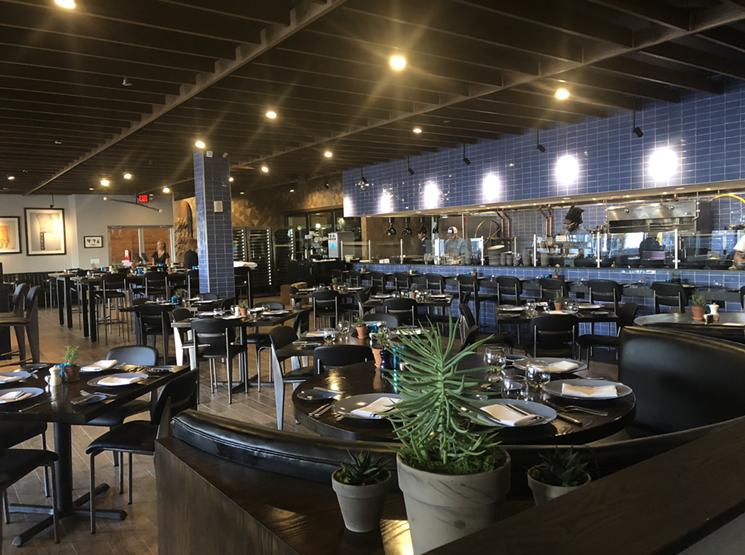 The interior of the new Knife at The Shops at Willow Bend.
Jacob Vaughn
Tesar and Bourdain worked together at the Supper Club in New York City, where the two got their start in cooking, he says.

“I brought him into the Supper Club, and then he basically took over my job when I was trying to make a comeback doing something else,” Tesar says. “So, we had a falling out then.”

The two would bicker all the time, but they respected each other, and their skills were complementary.

“He told stories, and I cooked. We put a crew of pirates together at the Supper Club and helped spawn a best-selling novel,” Tesar says. “It turned into a brand that almost revolutionized the way people talk and look at food and travel and certain aspects of the culinary world.”

When Bourdain died, Tesar told Eater he was angry, sad and jealous. He was sad for obvious reasons, he says. But he was jealous because Bourdain took his stories, Tesar says.

“Early on, those are some of the most popular stories,” he says. “If you go back, there’s a story he wrote about a New Year’s Eve incident at the Supper Club and he called the chef Bobby Jackson. I’m Bobby Jackson.”

Tesar was angry with how Bourdain died in the context of his success.

“He had that fast lane. He took from us all, and then he took himself from all of us at the pinnacle of success that all of us would have loved to have spent 15 minutes having,” Tesar says. 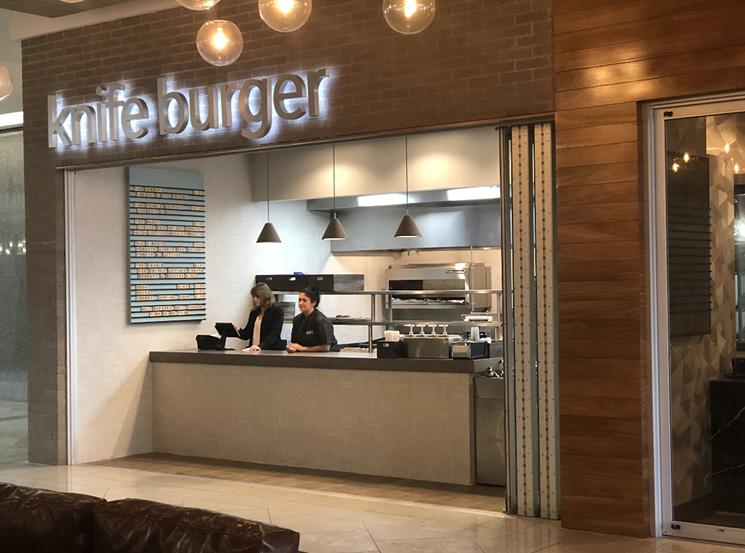 Not far from Knife Plano, you can grab an Ozersky Burger at Knife Burger.
Jacob Vaughn
He says the ultimate goal is to elevate Knife from what it has become through the first location at The Highland. There is still a lot to pull off. Just replicating what other people like is a trend in the restaurant business, Tesar says. He wants to challenge his guests, his cooks and himself.

“I get back into the kitchen first and foremost on more of a full-time basis rather than traveling the world and making appearances and Top Chef nonsense and food festivals,” Tesar says. “Now, we’re taking a break and writing another chapter.”

Tesar says he wants to take all the thoughts and experiences he has accumulated over the years and put it into his new menu.

The Willow Bend location of Knife will encompass 7,000 square feet, which include a meat locker for dry aging meat. Next door will be a fast-casual burger spot called Knife Burger, serving Tesar’s Ozersky Burger.

“The landscape here in Texas has just been rich and great for me,” Tesar says. “I persevered some persecution, being the most hated chef at one time. But what doesn’t kill [you] makes you stronger and you learn your lessons.”
KEEP THE DALLAS OBSERVER FREE... Since we started the Dallas Observer, it has been defined as the free, independent voice of Dallas, and we'd like to keep it that way. With local media under siege, it's more important than ever for us to rally support behind funding our local journalism. You can help by participating in our "I Support" program, allowing us to keep offering readers access to our incisive coverage of local news, food and culture with no paywalls.
Make a one-time donation today for as little as $1.