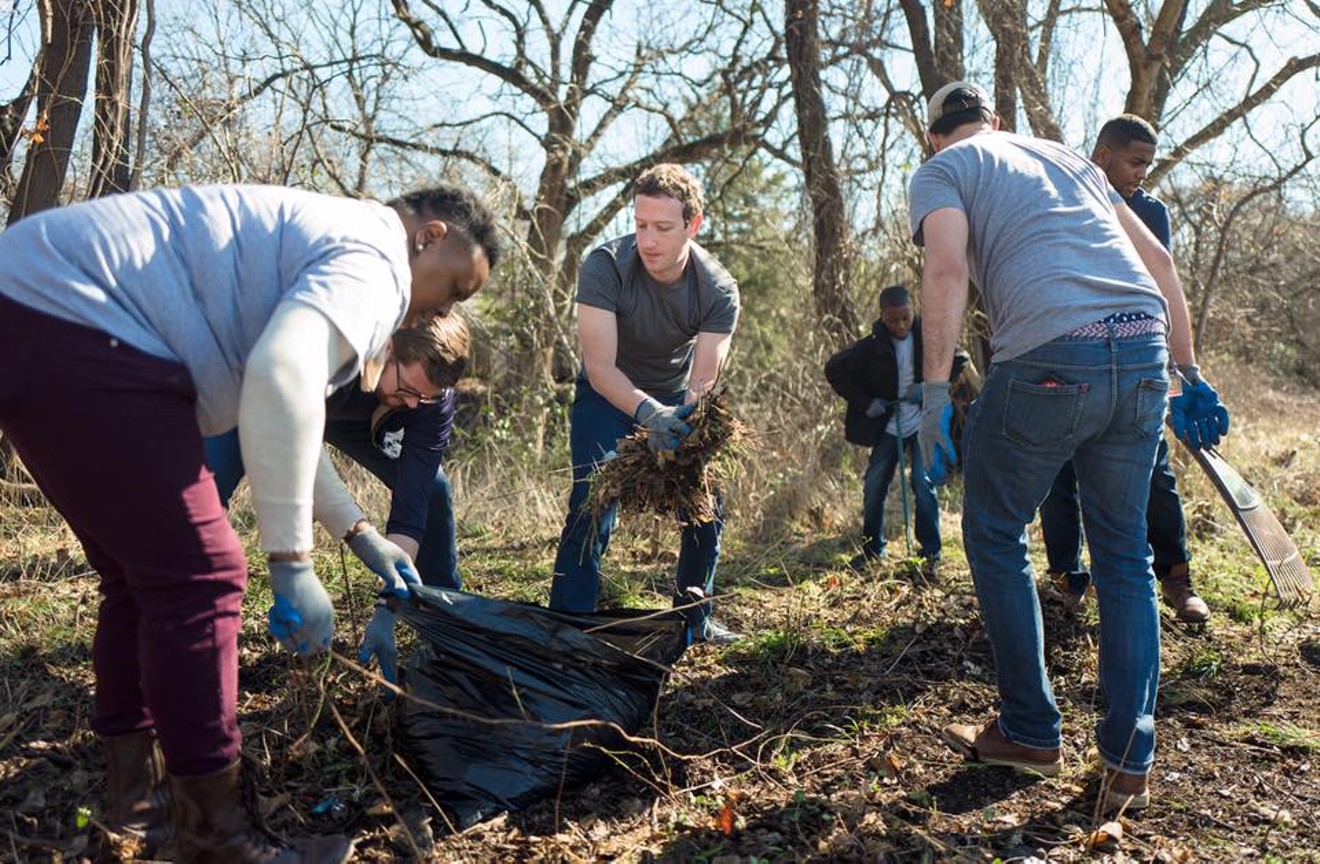 File this under Things We Didn't Expect to Happen Today: Facebook kingpin Mark Zuckerberg spent Martin Luther King Day in Oak Cliff, where he helped clear a vacant lot to build a fruit and vegetable garden.


Zuckerberg spent the afternoon with the Commit Partnership, an organization that "helps drive student achievement throughout Dallas County from cradle to career by leveraging data and collaboration to measure what matters, identify effective practices and align community resources to spread what works." Together with For Oak Cliff, an organization that seeks to provide education and opportunities for kids, Zuckerberg and Commit cleared the vacant lot to make room for a community garden.

"Mark was in town on an unrelated matter and was looking for an opportunity to serve, and through a friend of a friend sort of connection, he was put in touch with Taylor [Toynes, community impact associate at Commit] and invited to come out and participate," says Rob Shearer, director of communications and marketing at Commit. "Our Commit Partnership team member, Taylor Toynes, has been active in Oak Cliff his entire life, and in his spare time he runs a nonprofit called For Oak Cliff that does things like donate backpacks with school supplies to kids in August."

This morning, The Dallas Morning News noted that a high-profile tech trial could bring Zuckerberg to Dallas to testify. Zuckerberg also visited with the Dallas Police Department today. He recently announced a plan to meet and visit with people in every U.S. state this year. "After a tumultuous last year, my hope for this challenge is to get out and talk to more people about how they're living, working and thinking about the future," he writes.

As awesome as this is for Commit, For Oak Cliff and the neighborhood, it's unfortunate that Oak Cliff's status as food desert is so precarious that even Mark Zuckerberg felt compelled to do something about it.