Now Open: Merchant House, With 'Plenty of TVs' and a 'Touch of Wes Anderson' 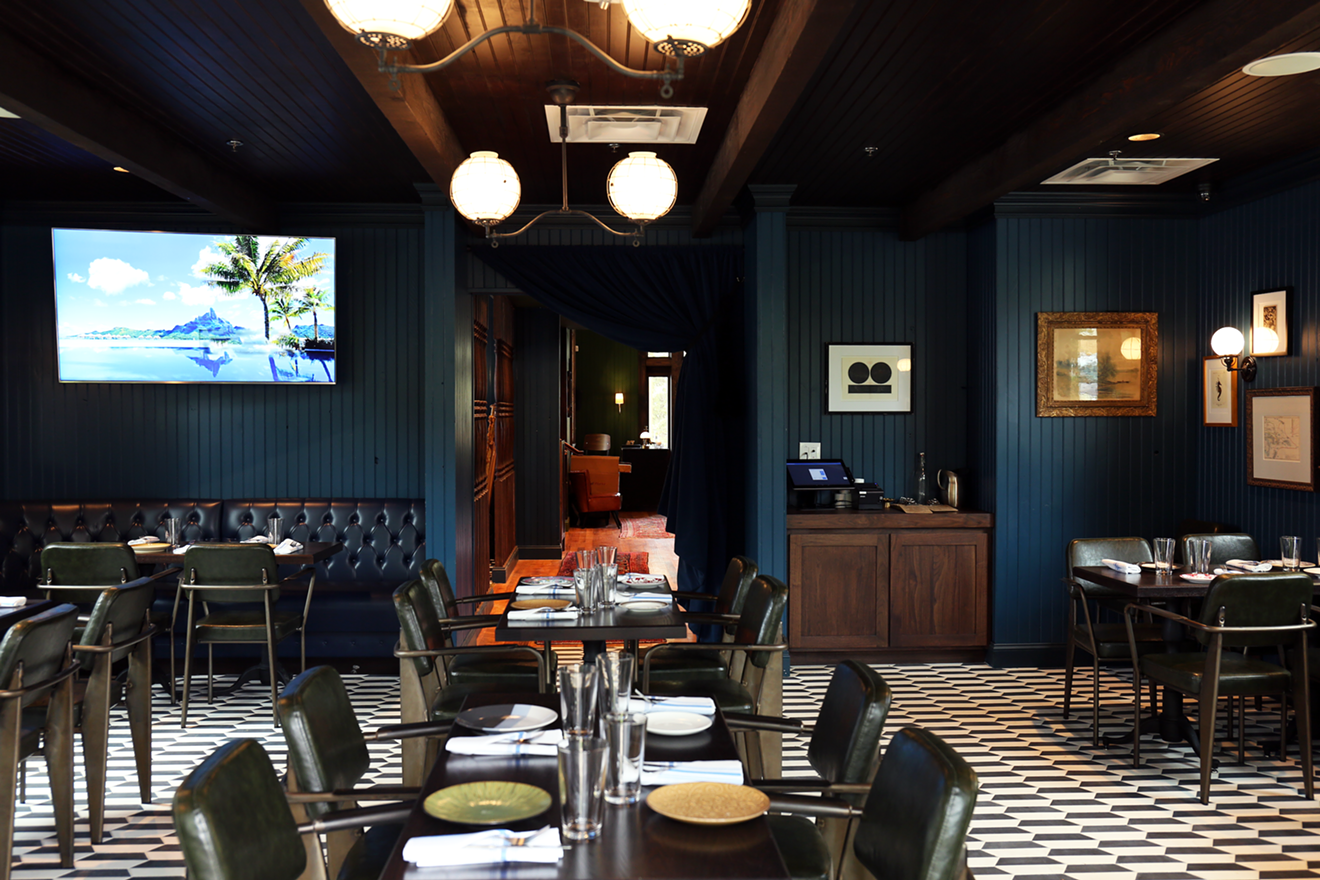 Merchant House is now open on Maple Avenue, not far from Sprezza and the Grapevine. courtesy Merchant House
Not far from Sprezza and the Grapevine on Maple Avenue, a new restaurant opened on Monday: Merchant House, "a new American and globally inspired menu taking on a combination of shared items and entrees to create a fully social dining experience, allowing guests to choose from 'selfish' and 'selfless' sections," according to a press release.

The new restaurant at 4040 Maple Ave., now open for dinner with lunch and breakfast in the works, comes from Apheleia Restaurant Group, behind Oak, Pakpao Thai, El Bolero and Royale Burgers.

"The menu, which features everything from decadent to healthy, is approachable in pricing and features local ingredients with a focus on house-made, high-quality offerings," according to the release. The press release goes on to denote that Merchant House has "plenty of TVs and good music." Are there people seeking out a "globally inspired menu" just to watch TV while eating it?

"Viewed as two concepts in one, Merchant House boasts impressive 30-foot ceilings, with a light, airy setting and a touch of Wes Anderson," according to the release. Piggy-backing off director Wes Anderson's aesthetic has been a popular MO for trendy new restaurants in recent years — one such restaurant, the Theodore in NorthPark, closed this summer.

Merchant House also sports an upstairs bar with "a sexy, intimate lounge atmosphere" and view of downtown, according to the release. Take a look at the menu below.