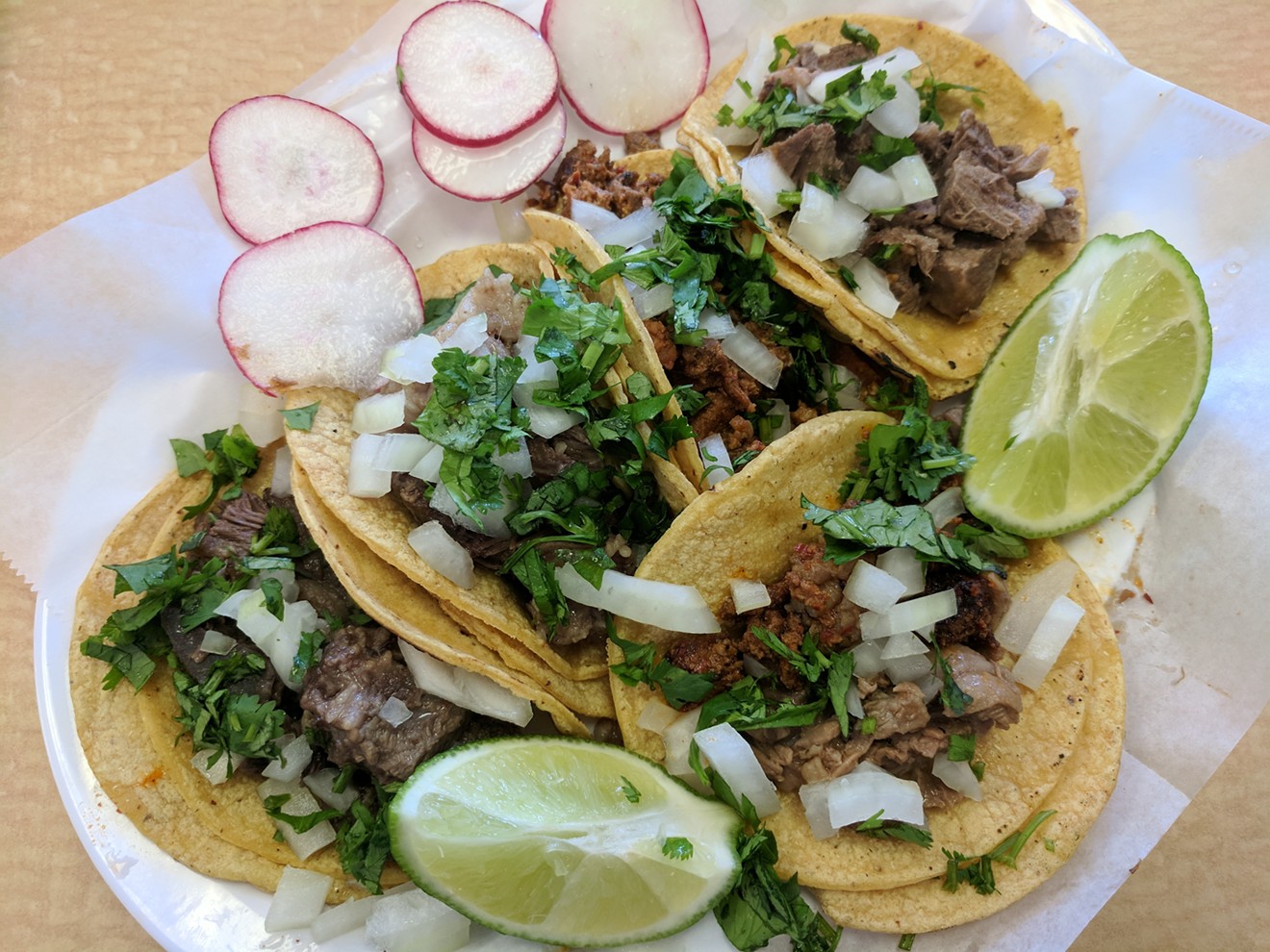 Tacos from Los Tres Mas Taqueros, including carnitas, campechano and three types of cabeza meat. Brian Reinhart
During Hidden Gems Week, the Observer food and drink writers are celebrating an abundance of diverse, delicious restaurants and bars around Dallas, places that don’t often (or ever) get mentioned by big-name food media, trendsetters, bloggers or chefs. We’re taking you outside of the ordinary to help you discover something new. 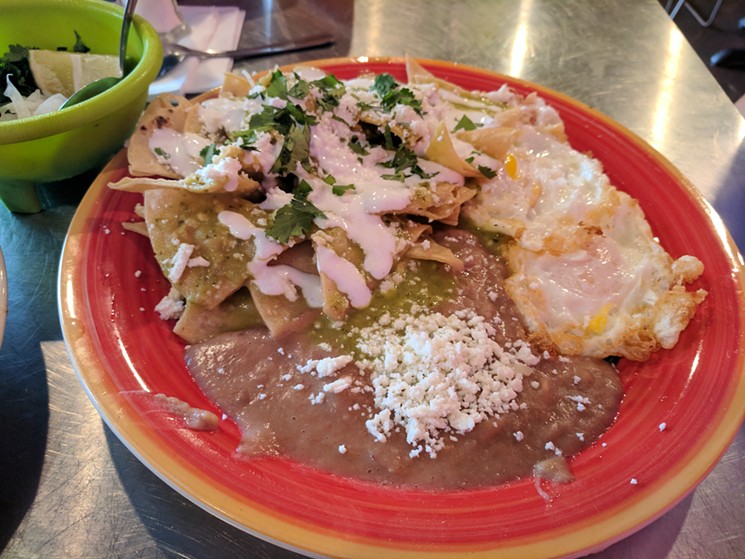 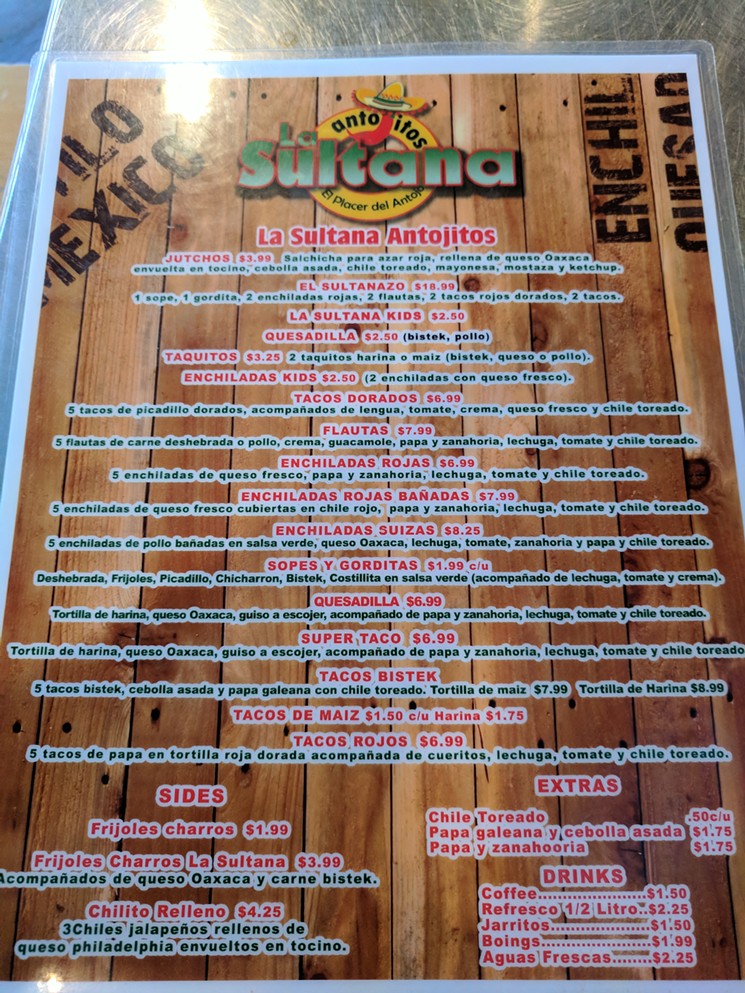 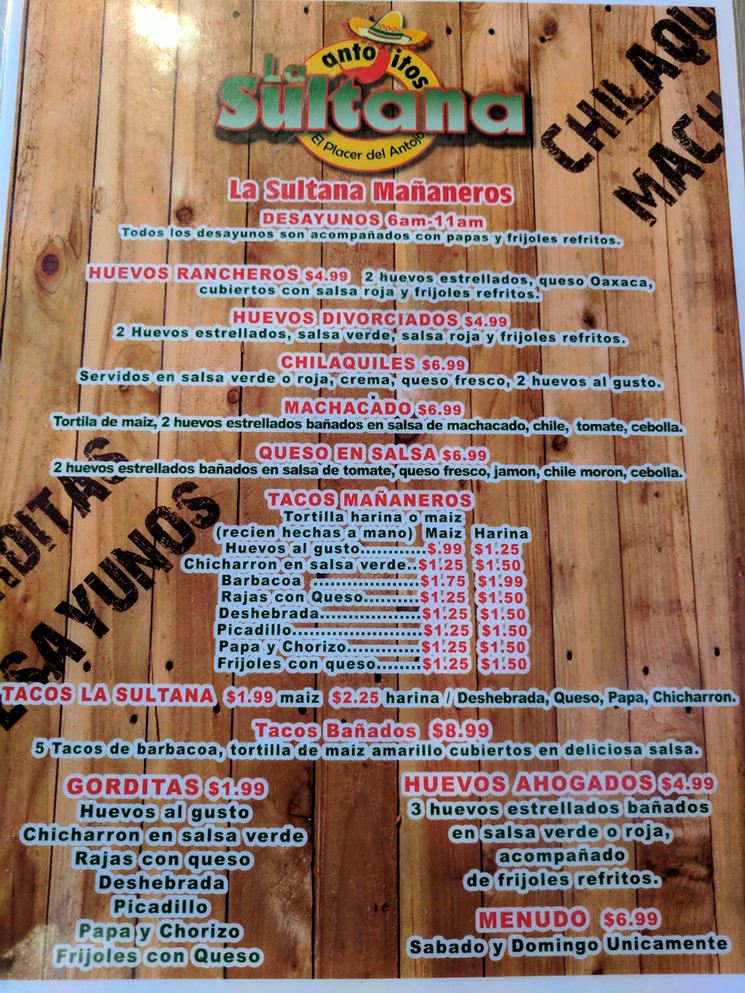 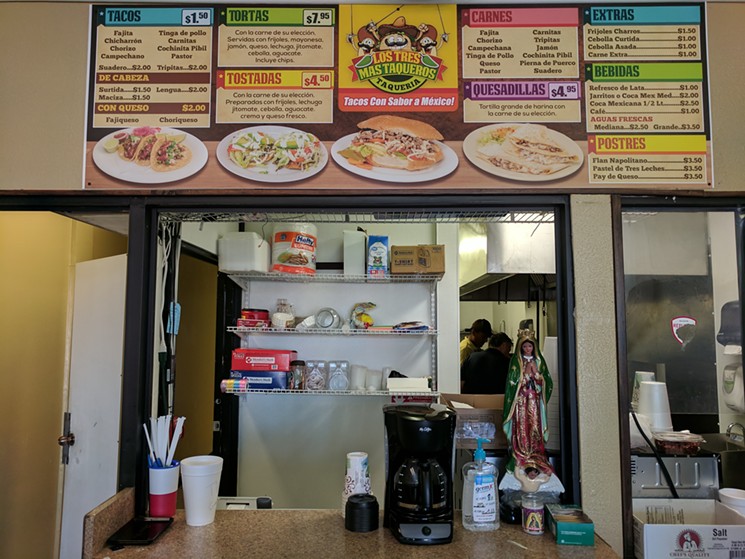 This location is cursed. First came Mr. Chamorro, an extraordinary taco spot that didn’t even last six months despite incredible pork shank tacos and some of the best chorizo we’ve ever tasted. Mr. Chamorro was so good, it was in line for a formal (and glowing) Observer review when it closed. The replacement, El Ta’Pelon Taqueria, sported excellent salsas and a delicious taco de chicharrón en salsa roja, but the lengua, barbacoa and floppy tortillas were all disappointing.

A new contender has arrived in the space, hoping to draw more fans than its predecessors: Los Tres Mas Taqueros, with a jaunty logo and spectacularly punny name. The specialty is tacos de cabeza, with maciza (lean), lengua (tongue) and surtida (a mixture) available. They’re all fine, especially the tender lengua, and all affordable — the most expensive taco here is $2 — but we were underwhelmed by apparently mass-produced corn tortillas and by gritty ground meat in a campechano taco. We’ll definitely be back to try the tostadas and flan, though. Speaking Spanish is suggested; staff members know just enough English.

The menu is not available online, so we included it in the photo above. 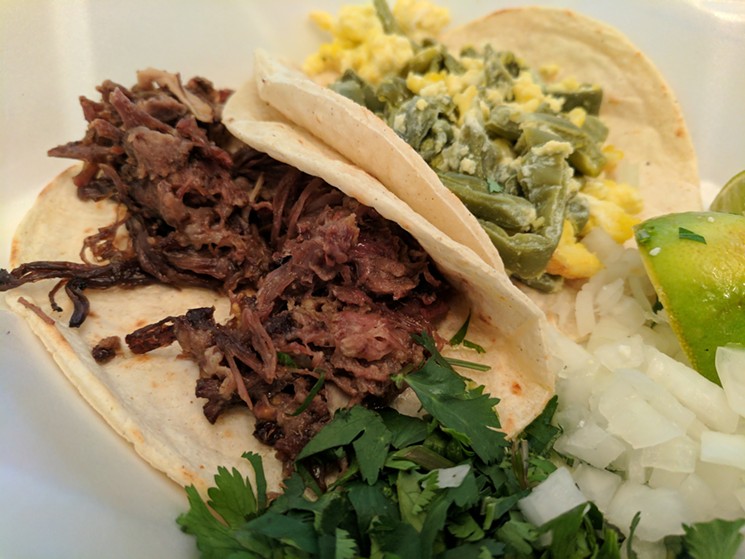 This one isn’t so much a restaurant as a counter or a stall. Need some tacos and some groceries on the same trip? La Fonda de Don Chuy has you covered.

It’s inside Supermercado Monterrey, the grocery store chain with outposts across North Texas. Walk into the location at Westmoreland and Clarendon roads and make an immediate left, heading for the corner of the store. There’s a counter and a small, fenced-in dining area with tables running along the grocery’s front windows.

Don Chuy’s specialty is tacos de guisados, or tacos with stewed meat. The most famous Tex-Mex interpretation of a guisado is carne guisada, in which a fairly cheap cut of beef is cubed and stewed in a gravy of tomatoes and spices. Here is a chance to branch out: Try the taco with tender, bone-in pork chunks and a tomatillo stew, or carne deshebrada, a standout shredded-beef taco. There are more typical offerings too, including dryish barbacoa, but they’re not the reason to visit.

Take a good look at the stews before you order. Although chicharron en salsa verde is consistently good (but bony!), some of the other offerings vary widely based on what’s freshly made, and occasionally the meat simply dries out. Order what looks good. Cash only; speaking Spanish strongly recommended.