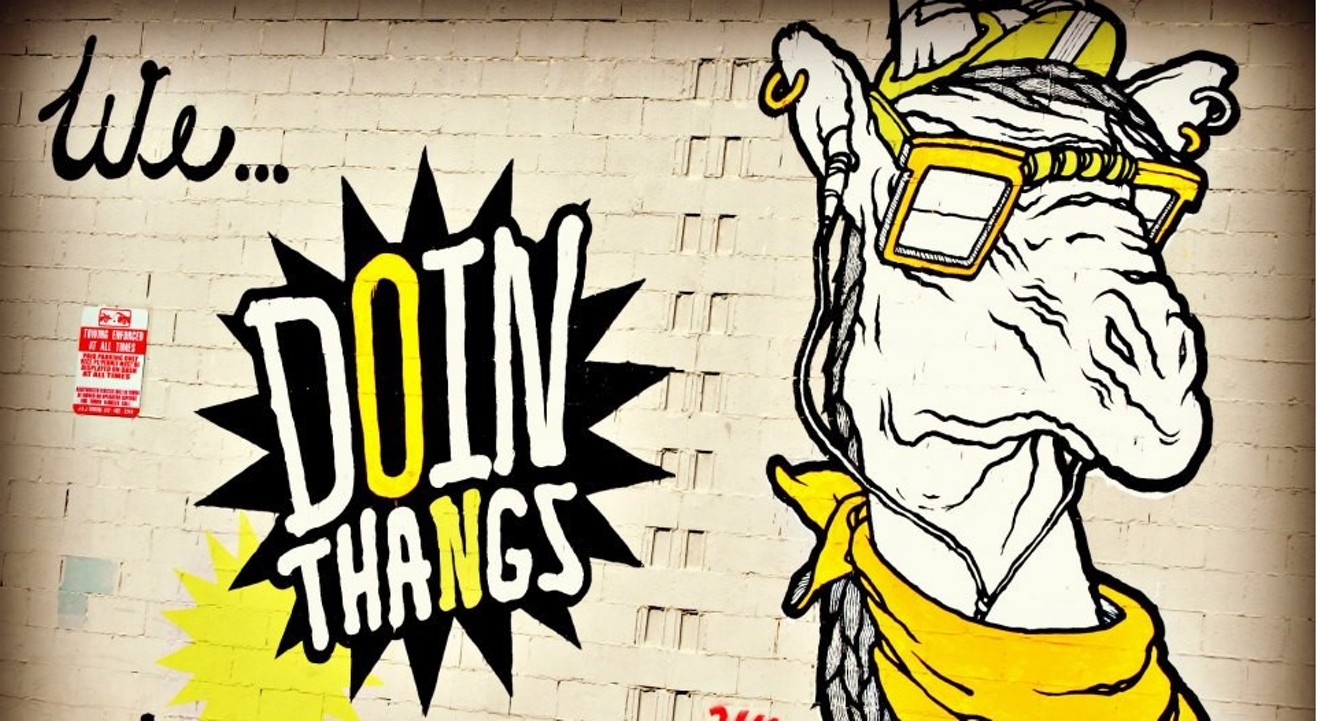 "This new concept and menu was developed by a good friend of mine, Paul Qui," a James Beard Awarding-winning chef and Top Chef winner, Huynh-Yi says. "Together we hope to bring Dallas a rare and unique spot, even though it’s physically in Richardson."

It is, indeed, big news that Qui — one of Texas' most high-profile celebrity chefs — is expanding his empire from Austin and Houston into Dallas. But Qui has been mired by controversy in recent years.

Qui is awaiting trial on charges of unlawful restraint and assault causing bodily injury to a family member, both Class A misdemeanors, the Houston Chronicle reports. The trial was originally set for mid-February but has been moved back to May 1.

The charges stem from Qui's arrest on March 19, 2016, in Travis County after an altercation involving his live-in girlfriend. Via the Chronicle:

Qui was arrested at his Austin apartment on the morning of March 19, 2016. According to a widely circulated police affidavit, Qui came home with friends and they all indulged in cocaine, marijuana and alcohol. His live-in girlfriend at the time was in bed with her young son when they arrived, but joined the party. She stated that Qui was intoxicated, grew jealous of interactions between her and his friends, kicked the friends out, then started knocking over furniture and breaking glass.

The girlfriend told police she tried to leave the apartment several times with her son, and that Qui pushed her and her son away and "threw her several times against walls, doors and furniture." In his statement to police, Qui admitted to knocking over furniture and breaking glass, and to not allowing her to leave because he wanted to tell his side of the story with her there.

The affidavit noted blood smeared on walls, a cut and bruising on her arms, and that her jaw was slightly puffy and swollen.


Since his arrest, Qui has continued to open high-profile Texas restaurants named after him, including Aqui, which opened in Houston in August. Across the state, food writers have had open dialogues about whether to review Qui's restaurants in light of the charges.

It puts writers in a curious position: On one hand, Qui is a very high-profile chef. On the other, reviewing his projects like any other restaurant feels like glossing over alleged behavior that is unacceptable. But there are more people involved in a restaurant than just its owner; ignoring a restaurant because of the actions of its owner and namesake means overlooking the hard work of everyone else who works there.

How will we handle TacQui? We can't in good conscience ignore it entirely — Do Huynh-Yi and staff deserve to be punished for the alleged actions of the restaurant's owner? — but we also don't intend to gloss over the unpleasant details of the situation. Qui's choice to integrate his name, tainted as it is right now, into these restaurants' identities makes it clear that he has no intention of quietly stepping into the shadows in the aftermath of these charges. But we as journalists also have no intention overlooking the alleged actions of any restaurant's leadership, either.