The Stoneleigh P Plays Into Mariah Carey Controversy This Thursday Don't miss a chance to sing along with Mariah this Thursday. The Stoneleigh P
Last year, The Stoneleigh P generated national attention after posting a sign on its jukebox: “Mariah Carey’s All I Want for Christmas is You will be skipped if played before Dec 1.”

The sign went on to announce that after Dec. 1, the song would be permitted to play only once per night.

CNN, NPR and other news outlets picked up the story about blasphemy toward the Queen of Christmas. Carey even responded on Twitter, ready to take up arms in the war against Christmas.

What started as a joke garnered national attention for The Stoneleigh P, and now “The P” is taking advantage with a holiday party this Thursday, Dec. 1, from 7 p.m. to 10 p.m.

“All I Want for Christmas is the P” will be a Mariah Carey-themed Christmas party at The Stoneleigh P hosted by Candy Cane, one of the best Mariah Carey impersonators in the country (out of how many, we’re not sure).

Specialty drinks will be served for the event.

“We’re excited to kick off the real Christmas season on December 1,” says general manager Laura Garrison. “The song will play once, and you won’t want to miss it.”

All are welcome to celebrate at The P for a night of music, drinks and drag on Thursday.

Stoneleigh P,  2926 Maple Ave., No. 100, 11 a.m. – 2 a.m. daily.
KEEP THE DALLAS OBSERVER FREE... Since we started the Dallas Observer, it has been defined as the free, independent voice of Dallas, and we'd like to keep it that way. With local media under siege, it's more important than ever for us to rally support behind funding our local journalism. You can help by participating in our "I Support" program, allowing us to keep offering readers access to our incisive coverage of local news, food and culture with no paywalls.
Make a one-time donation today for as little as $1. 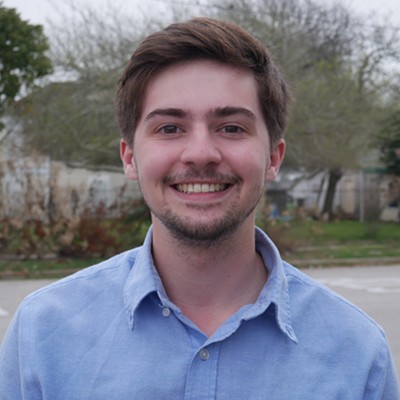