French Food and Wine Get Their Own Dallas Food Festival: Taste of France 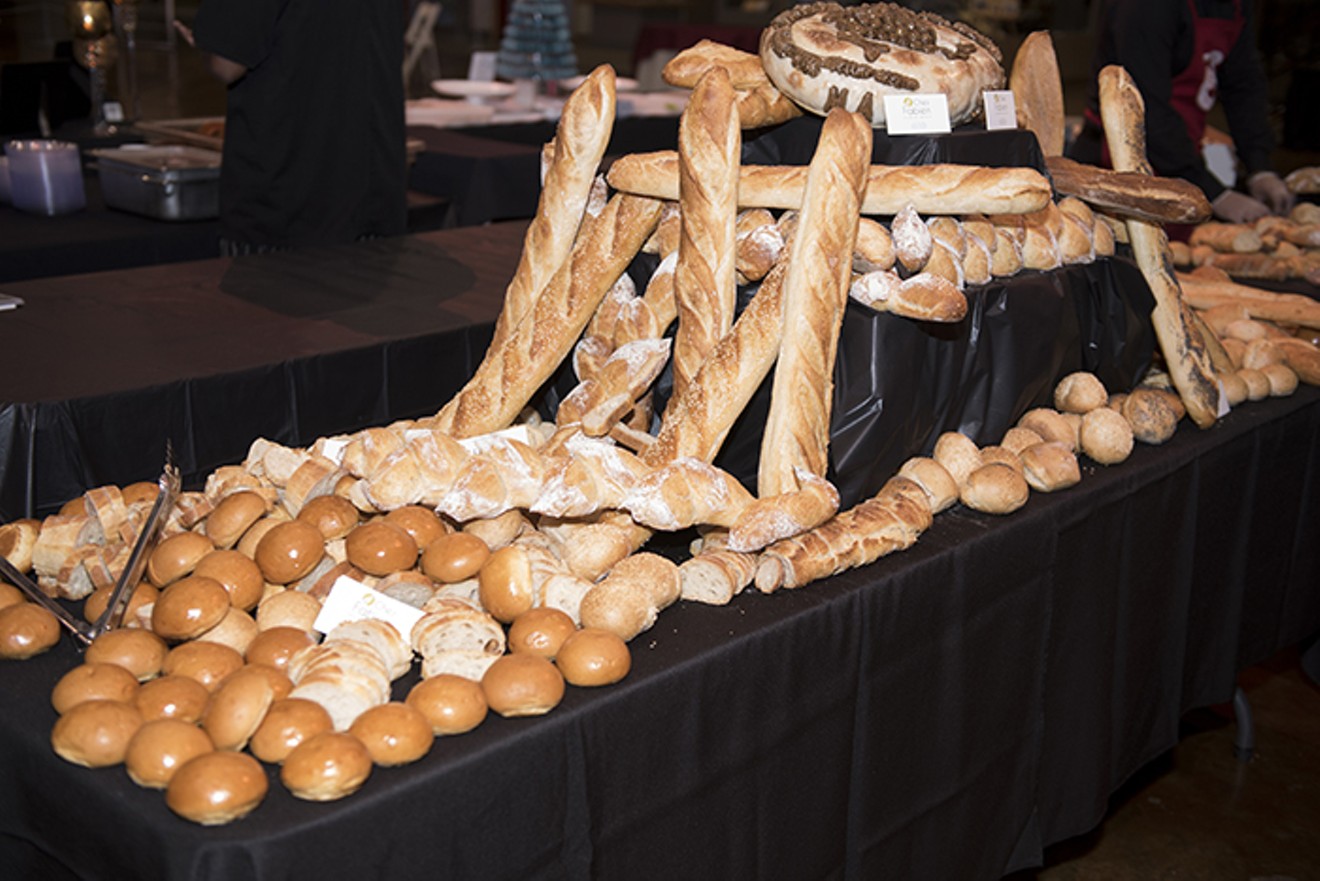 Prepare to celebrate the baguette atTaste of France, an annual French food and wine festival in Dallas. Courtesy French-American Chamber of Commerce
Francophiles will converge on the Fashion Industry Gallery at 7 p.m. Friday for a celebration of all things France at the 35th annual Taste of France.

As attendees walk into the gallery, they will be handed a wine glass and a plate. Diners can walk around to have their glasses topped off with white and red wines from various regions of France and fill their plates with French cakes, cheeses, macarons and other dishes.

The event is organized by the French-American Chamber of Commerce, a bi-national nonprofit organization that seeks to contribute to the development of economic and commercial relations between France and the U.S.

“Dallas has been in love with France forever,” McKelvey says.

Courtesy French-American Chamber of Commerce
Also in attendance this year: Eric Scullier, who hails from the Brittany region of France and is only the second chef in Texas to hold the Maîtres Cuisiniers de France title, or master chef of France. He will be preparing a special ravioli beaujolais for the VIP champagne reception, which starts at 6 p.m.

The event was originally called Beaujolais and Beyond Wine Festival but was rebranded this year as Taste of France. Although the event is smaller than when it first started, there will be more restaurants and French wines for attendees to sample.

Tickets can be purchased at faccdallas.com for $75 and at the door for $95.
KEEP THE DALLAS OBSERVER FREE... Since we started the Dallas Observer, it has been defined as the free, independent voice of Dallas, and we'd like to keep it that way. With local media under siege, it's more important than ever for us to rally support behind funding our local journalism. You can help by participating in our "I Support" program, allowing us to keep offering readers access to our incisive coverage of local news, food and culture with no paywalls.
Make a one-time donation today for as little as $1.