For Troy Aikman, his new beer EIGHT fits his health-conscious lifestyle. Photo Courtesy of EIGHT
Troy Aikman is getting in the beer business.

EIGHT, named after the number worn by the former Cowboys quarterback through college and the pros, is an all-malt beer made with organic grains and antioxidant-rich Hallertau Taurus hops. It weighs in at 4% ABV with only 90 calories, 2.6 carbs and “no adjuncts or fillers.” (For comparison, Michelob Ultra has 95 calories and 2.6 carbs.)

Aikman says this is a beer that works well with his health-conscious lifestyle that involves a gallon or two of water a day and lots of sweat sessions. 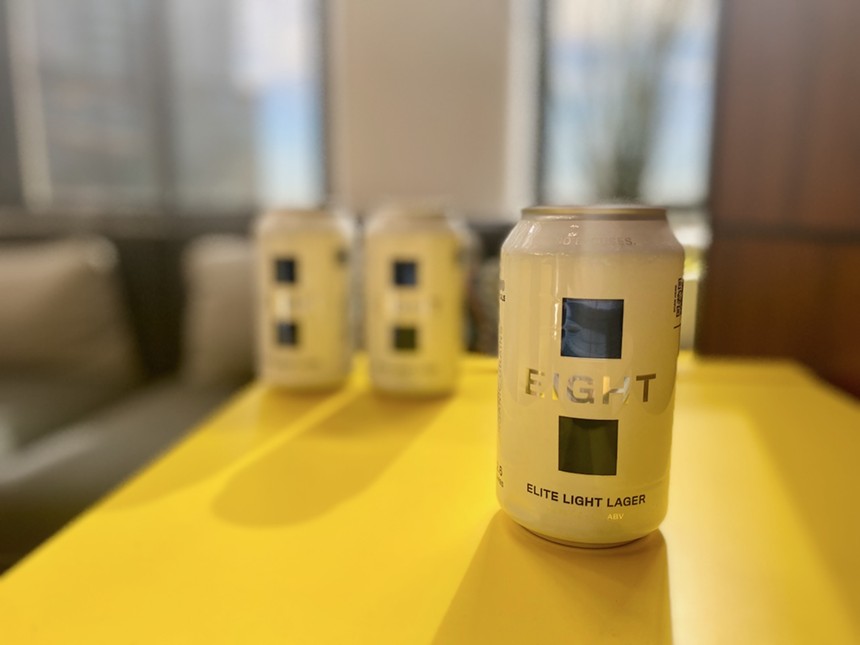 Cans of EIGHT should be available in bars and restaurants in February.
Lauren Drewes Daniels
“‘I’ve learned that I’m a better father, friend, and athlete when I am eating and drinking well. I know a lot of people feel the same way. Being ‘healthy’ is a balance between physical, mental and emotional wellbeing," Aikman said in a statement. "When it comes to grabbing a beer though, I found that my options were limited. If EIGHT hits the market and offers drinkers an option they don't need to make excuses to enjoy, that will be a huge win.”

While in college, Aikman got a taste of the beer business while working at a distributor in Tulsa. For this project, Aikman partnered with Tom Shellhammer and Jeff Clawson at Oregon State University and former Ommegang brewmaster Phil Leinhart.

EIGHT will arrive in Texas restaurants and bars in February. You’ll be able to find six-pack, 12-packs and single-serve cans in retail stores in March.
KEEP THE DALLAS OBSERVER FREE... Since we started the Dallas Observer, it has been defined as the free, independent voice of Dallas, and we'd like to keep it that way. With local media under siege, it's more important than ever for us to rally support behind funding our local journalism. You can help by participating in our "I Support" program, allowing us to keep offering readers access to our incisive coverage of local news, food and culture with no paywalls.
Make a one-time donation today for as little as $1.