Rebecca Wright has been with Truluck's for most of her professional life. courtesy of Truluck's
In an industry with more than 70% in turnover rates, Truluck's has managed to maintain the same leadership team for decades.

Out of the 25 years Rebecca Wright has been a part of the restaurant industry, 20 have been as an employee of Truluck’s, where today she's the senior special events coordinator.

She first connected to the company as a server when a business opportunity came to mind. In her short tenure at the restaurant, she had recognized the need for an expansion into private dining, and, to her surprise, she received unequivocal support from her manager Bo Dorton.

At Truluck’s, ideas come from any level because “every last person in this [establishment] is treated with respect,” Wright says. His support and her business plan transformed Truluck's into a new choice for hosting private events.

“We put our flag in the corner of McKinney and Maple [avenues] and said, 'We’re gonna show what fine dining looks like,'” Wright says. “We are more sophisticated, but we are as hospitable as we’ve ever been. We pride ourselves in Southern hospitality."

As Wright moved up the ladder, so did Dorton, who's now an operating partner. From server to senior leadership, Wright has sustained her relationship with him for nearly two decades, as is true for many other senior members of the company. Plus, loyalty trickles down the food chain: Even some bartenders and servers, which usually have a higher turnover rate, are in their 1oth year as an employee of Truluck’s. Like everyone else, Truluck's has had to adapt to the pandemic in ways such as curbside takeout.
Taylor Adams
“Family” is the word Wright uses to describe her team. While working from home, the leadership team had weekly check-ins, where topics ranged from agenda items to social inquiries.

“It is helpful to know each [other] personally … having someone there to share fears with. We had weekly check-ins, like, 'Do you need babysitting?'” Wright says.

While she's grateful for a steady income, she is equally thankful to have a sense of stability and comfort her colleagues and friends provided. Truluck’s work culture has become ingrained in her sense of purpose.

“In 21 years, I can’t recall one single day when I didn’t wanna come into work,” Wright says.

Along the way, customers have become family, too. Years ago, when a pharmaceutical representative mentioned going on a date during a corporate dinner, Wright didn’t realize she witnessed the beginning of a lifelong friendship; that representative went on to marry that date.

“It’s amazing watching that happen from the beginning, and now their daughter is about to start driving,” Wright says.

Of course, COVID-19 has either postponed or canceled large gatherings, including corporate events. So Wright’s specialization in corporate dining and her affinity for organizing pharmaceutical dinners has been forced to take the back burner while smaller social events become a bigger part of her to-do list.

A new trend, which comes as no surprise with 2020, is that more of the restaurant's long-time customers are requesting to host small events. While these gigs generate less profit, they make for fonder memories, Wright says.

Truluck's, 2401 McKinney Ave. (Uptown). Open for dine-in and takeout 11:30 a.m. to 2 p.m. and 4:30 to 9 p.m. Monday through Thursday; 11:30 a.m. to 2 p.m. and 4:30 to 10 p.m. Friday; 4:30 to 10 p.m. Saturday; and 4:30 to 9 p.m. Sunday.
KEEP THE DALLAS OBSERVER FREE... Since we started the Dallas Observer, it has been defined as the free, independent voice of Dallas, and we'd like to keep it that way. With local media under siege, it's more important than ever for us to rally support behind funding our local journalism. You can help by participating in our "I Support" program, allowing us to keep offering readers access to our incisive coverage of local news, food and culture with no paywalls.
Make a one-time donation today for as little as $1. 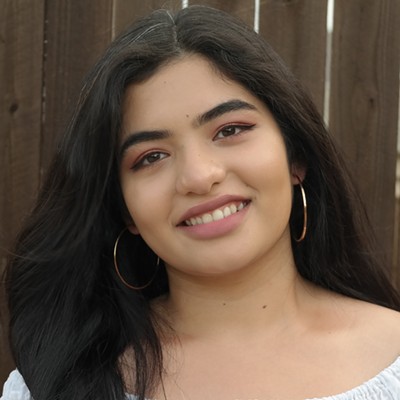 Drishti Sachdeva is an intern at the Dallas Observer and studying business and fashion media at Southern Methodist University. She also has a notorious sweet tooth and an obsession with street food.