Need a Bottle of Bubbly for Valentine's Day? Here's a Smart Guide from The Wine Curmudgeon On a holiday that asks us to waste a lot of money on dumb stuff, at least get a good bottle of bubbles. Photo by Aleisha Kalina on Unsplash
The Holiday that Must Not be Named, the one that comes every year in the middle of February, is a sparkling wine kind of thing. Or so we’re told. The catch, of course, is that if buying wine can be difficult, buying sparkling wine can make that seem as simple as opening a can of beer.

So, know these facts about sparkling wine:

First, not all sparkling wine is Champagne; that can only come from a specific region in France (called Champagne) and usually costs at least $30 or $40 a bottle.

Second, quality sparkling wine doesn’t have to come from Champagne. It can come around the world, though mostly from elsewhere in France (called cremant, costing $15 to $25); Spain (called cava, costing $10 to $25); Italy (called prosecco, mostly around $12); and California (called sparkling wine, and starting around $30).

The other thing to know? Sparkling wine gets its bubbles because it has been fermented a second time; still wine is only fermented once. There are several ways of doing this, either in the individual bottle (called méthode champenoise or méthode traditionalle) or in a tank (called charmet). The main difference is the price — charmet wines are usually less expensive — and the bubbles, which are more bubbly for the first method.

So, knowing all this, consider these wines for The Holiday that Must Not be Named:

Adami Brut Garbel Prosecco
$14, available at Jimmy’s Food Store
Most prosecco is a little sweet and kind of boring, if pleasant enough. The Adami is a step up — fresher, more apple fruit and less soft tasting and it has sturdier bubbles. Plus, its sweetness is part of the wine and not something that stands out.

Casteller Cava Brut
$14, available at Central Market, Total Wine
Spanish bubbly doesn't get much better than this, especially for the price. Look for apple and pear fruit and tight, delicious bubbles.

Bouvet Brut NV
$12, available at Central Market
The French Bouvet, made in the less well-known Loire region, is stunning — zippy mouthfeel and lemon apple fruit in a wine that puts other $12 sparklers to shame.

Bruno Paillard Champagne Brut Premiere Cuvée
$37/half bottle, available at Pogo's
This is classic Champagne, made in the crisp, fresh, and less yeasty style and a tremendous value given what Champagne costs.

Paula Kornell California Brut
$22, available at Central Market, Total Wine, Spec’s
This is highly-regarded California sparkling from a top producer at about two-thirds the cost of similar wines. Fresh and almost lemony, with a touch of stone fruit.
KEEP THE DALLAS OBSERVER FREE... Since we started the Dallas Observer, it has been defined as the free, independent voice of Dallas, and we'd like to keep it that way. With local media under siege, it's more important than ever for us to rally support behind funding our local journalism. You can help by participating in our "I Support" program, allowing us to keep offering readers access to our incisive coverage of local news, food and culture with no paywalls.
Make a one-time donation today for as little as $1. 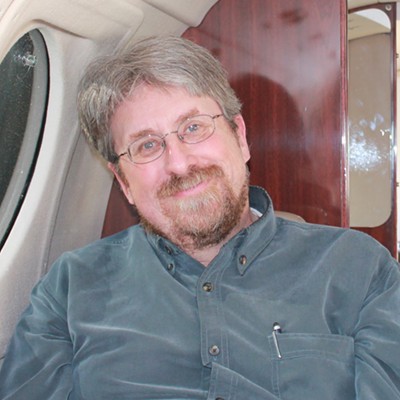