It may not look like much, but Dairy-Ette’s burger is an essential part of the Dallas food scene. Nick Rallo
Every week, Observer burger expert Nick Rallo explores the longstanding Dallas restaurants that helped shape the city's food scene in his All-American series. He delves into each eatery’s past in a way that gives context to its present, and every story helps us get to know the families who give so much of themselves to hungry Dallasites year after year.

Dallas has a reputation for patronizing what’s hot and new, often forgetting about the places that quietly churn out great food year after year. Take a break from the now and visit one of these restaurants that have made North Texas such a haven for phenomenal food. 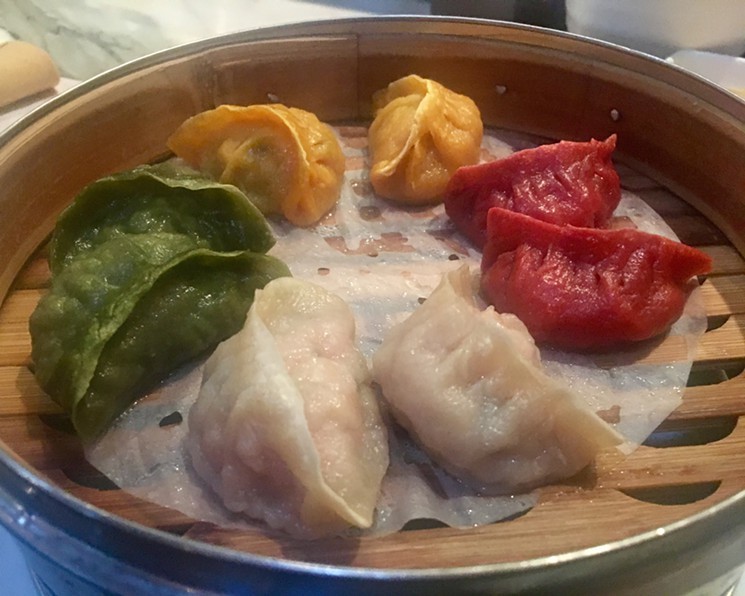 The Dumpling Sampler at Royal China, with pork, shrimp, chicken and vegetable.
Nick Rallo
How Royal China Evolved Beyond Lo Mein and Became a Haven for Hand-Pulled Noodles and Dumplings
Royal China has long been a popular place for dumplings and noodles, but what many North Texans may not know is that it’s been around since 1974, long before immigrant food became such a substantial part of the Dallas food scene.

Not much has changed in 61 years at Dairy-Ette.
Nick Rallo
Since 1956, Not Much Has Changed at Dairy-Ette, and Thank God for That
Open since 1956, Dairy-Ette has fed entire generations of North Texans with its no-frills burgers and house-made root beer. With prices this reasonable and a history this lengthy, it’s a must-visit for anyone who appreciates a good burger in a friendly diner.

Adair’s cheeseburger with bacon, $7.50.
Courtesy of Adair's Saloon
Deep Ellum Gets Trendier by the Minute, but Adair’s Saloon Has Stayed a Dive for More Than 30 Years
Deep Ellum has no shortage of cocktail bars slinging $15 old fashioneds and $12 burgers. But let’s not forget one of the bars that’s stuck it out in Deep Ellum through thick and thin: Adair’s, a true-blue dive bar that lives on in the era of craft cocktails and high-end eats.

Three Tupy Tacos, deep-fried, greasy envelopes of their spicy ground beef, is one of Dallas’ oldest hangover cures.
Nick Rallo
Tupinamba Cafe Has Been Curing Dallas Hangovers With Deep-Fried Tacos Since 1953
The location may have changed over the years, but the deep-fried tacos have not. Tex-Mex is a big part of Dallas food, and Tupinamba has been doing it right since the ’50s. 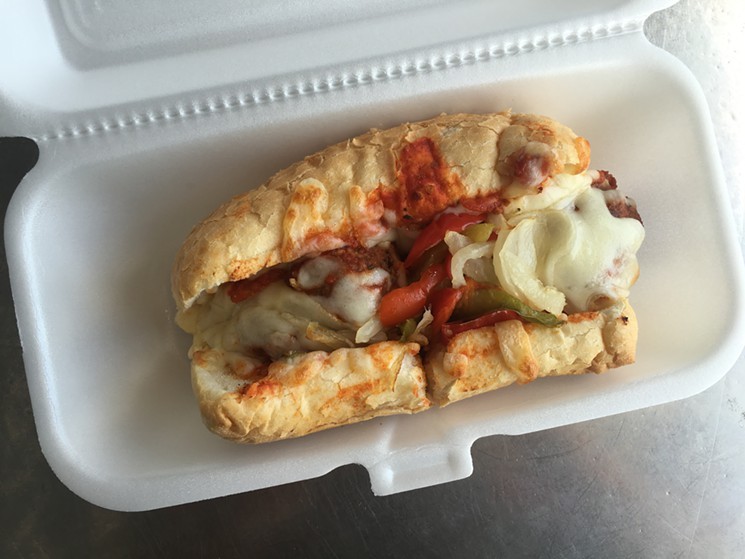 The no-fuss, under seven-buck meatball sandwich — with onions and peppers — at Jimmy’s Food Store. It's one of their most popular orders.
Nick Rallo
The Most Beloved Sandwich in Dallas
There may be no restaurant more universally loved than Jimmy’s Food Store, the Italian grocer and deli that’s famous for its meatball sandwich and the fact that you can drink while you shop.